What is an Appellate Court? 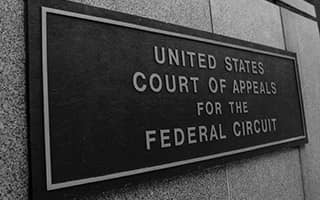 Appellate courts, also called the court of appeals or circuit courts, are a part of the American legal system that hears and reviews petitions or requests from heard cases in a lower court.

After the Supreme Court, the courts of appeals are the most powerful in the U.S. The U.S. courts of appeal have tremendous policy influence on U.S. law because they can create a legal precedent in areas that affect millions of Americans.

Because the Supreme Court reviews less than 3% of the 7,000 to 8,000 cases it receives yearly; appellate courts decide most federal disputes.

If a person or group, like a company, loses in a trial court or other lower court, they can file an appeal with an appellate court to have the decision looked at again. A good appeal might overturn a lower verdict.

There are state and federal appeals courts, but instead of a jury of one's peers, there is only a group of judges called "justices."

Here's the list of appellate courts that have appellate authority in the United States:

What Types of Cases are Handled by Appellate Courts?

Although there are some resolved cases on written briefs alone, many are for "oral arguments" before the court.

An oral argument is a planned conversation between appellate counsel and the panel of judges concentrating on the legal concepts under question. Each party has around 15 minutes to deliver statements before the court.

Appeal cases vary by category, and these are:

Any party may appeal the verdict in a civil matter, whether by jury or bench trial. Parties who settle a civil dispute can't appeal.

Except for sentence arguments, defendants typically give up their entitlement to appeal when they plead guilty.

Several appeals courts have formed a panel of three bankruptcy judges to consider requests from bankruptcy courts. The losing party in the original bankruptcy appeal might then appeal to the court of appeals.

Other Types of Appeals

A litigant who disagrees with a federal administrative agency's decision may petition a court of appeals for reconsideration. Some cases involving federal agencies or programs, like disagreements about social security benefits, can go to a district court first instead of a court of appeals.

What are Appellate Court Procedures? 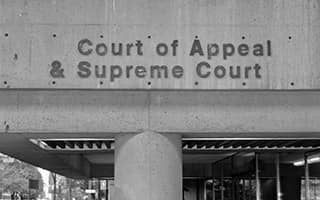 The appellate court grounds its ruling on the trial court or agency's case record. It does not hear new evidence or witnesses. This court may only reevaluate the trial court's or agency's factual findings if the conclusions were "obviously erroneous."

A litigant or plaintiff who defeats in a federal court of appeals or a state's highest court may submit a "writ of certiorari" requesting the Supreme Court examine the case. The Supreme Court doesn't have to grant review.

The court typically accepts matters only when they introduce a novel legal theory or where two or more federal appellate courts have construed a statute differently. There are also a few unusual instances where the law says that the Supreme Court must hear an appeal.

How Appellate Courts are Different from Trial Courts

In a U.S. District Court trial, witnesses testify, and a judge or jury determines guilt or innocence. The appellate courts do not hear fresh evidence or retry cases. They do not hear testimony from witnesses. Also, there is no jury present. Appellate courts evaluate trial court processes and findings to ensure fairness and appropriate application of the law.

The Right to Appeal

The defeated party can file an appeal if they disagree with the trial court procedures, the laws, or how the court applied the rules. For these reasons, litigants can appeal a trial court's decision. Note that the government has no recourse to appeal in criminal cases.

Appeals have several grounds. Commonly, the unsatisfied party alleges the trial was unfair or that the judge implemented the law wrongly. The aggrieved party may even allege the trial court violated the U.S. or state constitution.

Three-judge panels determine most appeals. The clerk of court or circuit executive's office creates and schedules panels and assigns cases to them. Rules from a regional court of appeals say when a panel's judges' names can be public. Judges have no say in who is on which committee.

The appellant (appealing party) provides written legal arguments to the panel to persuade the justices that the trial court or administrative agency committed a grave mistake and that there's a need to reverse the trial court's judgment.

The appellee or respondent for administrative agency appeals argues that the trial court was correct or that any mistake was insignificant in a reply brief.

Over 80% of decided court appeals are purely on written briefs. Less than a quarter of requests are after an oral argument when both parties analyze the law.

After briefs or oral debate, the appeal panel issues a ruling with an opinion outlining its reasoning. A vote might be 3-0 or 2-1. A judgment will take precedents – comparable cases decided by that court or the Supreme Court – into consideration. On the court website, you can find written opinions.

The panel's ruling ends the case unless:

Each party submits a brief before arguing in court. Briefs are long papers attorneys use to present their cases to courts before oral arguments.

Uber Technologies Inc. and Lyft Inc. saw their shares rise in the summer of 2020 after an appeals court postponed the implementation of a new California legislation that required many "gig workers," including ride-share drivers as regular employees.

In this circumstance, the appellate court decided to hold an earlier judgment from a lower California court that had affirmed the constitutionality or legitimacy of the state employment statute until it could assess the merits of the appeal.

Soon after, investor expectations that Uber and Lyft could provide drivers no benefits or workers' compensation became crushed. The California First District Court of Appeals declared in 2020 that the legislation was lawful and enforceable, meaning Uber and Lyft must treat their California drivers as workers and give them benefits and compensation under state labor law.

What are the Differences Between Appellate and Supreme Courts?

Most of the time, the Supreme Court has greater power and jurisdiction than appellate courts. The Supreme Court of the United States is the country's highest legal authority, and several states have their supreme courts or courts of last resort.

Where to Find Appellate Court Records?

Courts of appeals and district courts have certain commonalities. Both, for example, have clerks of court, whose staff regulates the flow of cases through the court, keeps track of court records, and does other administrative tasks.

However, there are significant distinctions. A circuit executive is assigned to each circuit and works closely with the chief judge to handle various administrative issues.

Although most appellate courts do not have a public information officer, they have a designated person who interacts with those who make requests, usually the media. It might be the circuit executive, court clerk, or another staff member.

The public is welcome to attend the oral arguments. Consult the court of appeals website for information on digital recordings of oral arguments, either audio or video.

You can find decisions, opinions, orders, and court schedules on the courts of appeals' websites and the PACER system. Also, you can check the govinfo for free text-searchable views.