What types of courts are in Arizona? 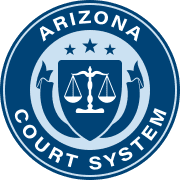 The court system in Arizona is divided into three levels that are determined by the scope of jurisdiction that they have. The first level is comprised of courts with relatively limited jurisdiction, and are often municipal or city courts, with either a magistrate or Justice of the Peace presiding. The cases that are allowed to be heard at the first level are limited by the financial value involved, the specific crime, and the sentence that can be handed down.

The second level contains courts of general jurisdiction that include state-level courts. These make up the majority of the trial courts in Arizona, and they hear by far the widest variety of cases. This level of courts will contain at least one example of county-level facilities which are often simply referred to by their respective county name.

How are Arizona court cases managed? 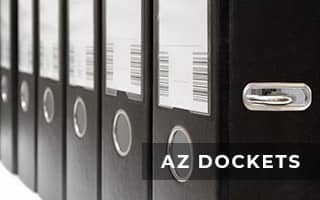 Court cases in Arizona are managed explicitly by the court and legal entity that initiated them. The only exception is when the case jurisdiction is decided by the charge, potential sentence, or financial value. If a crime occurs in a small municipality, for example, but the monetary value of the damages was too great, the case would be heard by the lowest court permitted to handle a case with stated value.

Which courts are in Arizona?

The courts in Arizona are led by the state supreme court, followed by the state appeals court, and the superior courts which are assigned by the county. The final levels of Arizona courts will be the most local examples, such as municipal courts.

They are also the arbiter of workers' compensation, tax court determinations, and unemployment benefits final determinations. The Arizona Court of Appeals also holds jurisdiction over criminal matters that have not resulted in a sentence of capital punishment.

The judges are selected from a bipartisan list created by a special commission. The governor appoints the judges based on merit, and they are then subject to a retention vote before serving their 6 year term.

County Justice of the Peace

The Justice of the Peace, or JP, has jurisdiction similar to a municipal magistrate and is often called to preside over traffic or misdemeanor cases. They are often used when the offenses or affairs of the case are not limited to a single municipality.

The JP is also usually the one to hear and make determinations in county ordinance issues and civil suits, provided they are below the $10,000 limit, or small claims with limits of between $2,500 and $3,500 depending on the county. A JP also has the same power for marriages, swearing-in and administering oaths, and administering justice.

Arizona municipal courts will be the local courts that hold jurisdiction over criminal, civil, traffic, and administrative processes in smaller locations like villages and towns. These will frequently involve municipal ordinance violations that do not warrant referral to higher courts.

What are the federal district courts in Arizona?

The court has locations in Yuma, Flagstaff, Prescott, Phoenix, and Tucson, and is often used to hear statements and case hearings relating to federally-protected lands, like national parks and wildlife preserves.

How to find electronic court records in Arizona?

Citizens who need to find court records or other legal information relating to Arizona courts can be found at the case lookup for the Supreme Court, which offers access to large amounts of Arizona Judicial Branch info. Cases can also often be researched and information obtained from the county website for each respective county. There is a limit, however, as transcripts cannot be obtained electronically, and must be obtained with a separate process.

Where to find additional information about Arizona courts?