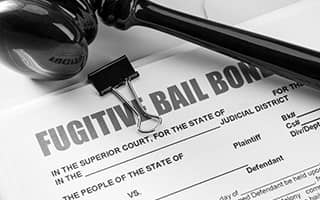 The criminal justice system defines bail as a specified amount of money that defendants in criminal cases must pay to be released from jail pending arraignment. When the defendant provides the set bail amount, they are said to have been "bailed out."

If they don't return for the next court hearing, they forfeit the money, and the court issues a warrant for their arrest. Courts usually have several conditions of release when a defendant requests bail. These are pretrial release conditions, and they include:

The primary purpose of bail is usually to guarantee the suspect's accessibility for court hearings. Each state has differing laws regarding bail and what conditions must be met.

For example, in New York and Illinois, the states made bail reform laws to eliminate cash bail for most lower-level and non-violent crimes.

Generally, applications for bail in the Supreme Court take longer to process and finalize than those made in other types of courts, such as local courts and district courts.

What Is a Bail Hearing?

Depending on the jurisdictions and state laws, jails may post bail schedules for different charges. These bail schedules will show how much the defendant can expect to pay for bail.

The defendant can pay their bail before a bail hearing. These bail schedules are typically non-negotiable. However, a judge sometimes sets the bail amount in court during a bail hearing.

This refers to a court hearing where the court sets the amount of the bail. The judge usually examines several factors to determine how much bail a defendant must pay so that the court releases them from jail.

In a criminal case, this is the first time the suspect will appear in court. Defendants can post bail on their own, but having a criminal defense lawyer can help at a bail hearing.

It's essential to be represented because both the defense and the prosecution will discuss bail with the judge. A criminal defense lawyer will attempt to have the judge lower the bail amount.

Some possible rulings in a bail hearing are:

Bail jumping is when a defendant doesn't return to court. If they do so, they not only forfeit their bail, but they can also face indictment for the crime.

What Are the Types of Bail?

The law requires that a judge give at least two ways to post bail. The most common and frequently set types of bail are cash bail and insurance company bonds (or bail bonds). Others include:

How Is the Bail Amount Determined?

Judges and magistrates consider several factors when determining the bail amount. These include:

Bail is often conditional. The court may require the defendant to comply with a list of conditions after being released on bail.

Is There a Difference Between Bail and Bond?

When discussing jail release, "bail" and "bond" are interchangeable. However, while closely related, they don't mean the same thing. As earlier discussed, bail is the amount of money a defendant pays to get out of jail.

Bond companies post bail on a defendant's behalf to secure their release. Many people think that a bond in itself is a form of money.

However, the bond is just a legal document the bail bondsman sends to the court, promising that the defendant will make court appearances on the appointed court dates. Usually, the defendant pays 10% of the value of the bond and gives collateral security.

Some of the differences include:

Where To Find Bail Records?

Most courts today maintain online records, and, as such, any person looking for bail information on a particular case can find this information. One can obtain these through the Public Access to Electronic Record service, or PACER.

If the records are not online, you can visit the courthouse where the case was filed. Only public records are available. Records sealed by the court will be unavailable.