What is a Circuit Court? 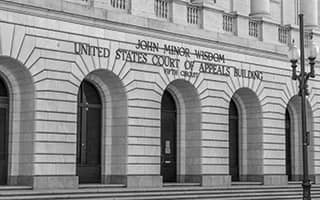 Circuit Courts get their name because the judges go to each "circuit" location in a cycle.

There are three judges for each case in the circuit court.

The notion of circuit courts requires judges to travel to multiple locations to guarantee case exposure and understanding.

In 1789, each federal judicial district had a circuit court. These circuit courts had first and appellate jurisdiction.

What Types of Cases are Handled by Circuit Courts?

You can take any case to the circuit court for an appeal once the district court has decided on a judgment.

You can appeal specific issues before a final decision by filing an "interlocutory appeal".

The U.S. Supreme Court considers around 100 to 150 appeals out of the over 7,000 cases requested for evaluation annually.

In thousands of cases, the judgments of the nation's 12 Circuit Courts of Appeals and the Federal Circuit Court are final.

What are Circuit Court Procedures? 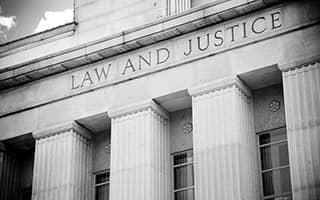 Before learning the circuit court procedures, it is essential to know that there are 94 district courts grouped into 12 circuits or districts within the federal system.

Each circuit has a Court of Appeals that reviews district court rulings.

The Federal Circuit is the 13th federal appellate court. This court accepts national cases, but only certain types.

Here's a quick rundown of the U.S. 13 circuit courts with their jurisdiction:

The First Circuit Court of Appeals considers federal appeals. It hears appeals from all circuit courts within its jurisdiction, and its decisions are appealable to the United States Supreme Court.

The John Joseph Moakley Courthouse in Boston, Massachusetts, hears appeals. There is an additional circuit courtroom in Puerto Rico and San Juan, where the court meets for two weeks every year.

The Thurgood Marshall U.S. Courthouse in lower Manhattan is home to the Second Circuit Court of Appeals.

Connecticut, New York (Eastern, Northern, Southern, Western), and Vermont districts are under the federal jurisdiction of the U.S. District Courts for the Second Circuit.

In Philadelphia, Pennsylvania, the James A. Byrne Federal Courthouse handles appeals. It uses the same courthouse as the United States District Court for the Eastern District of Pennsylvania.

The Virgin Islands, New Jersey, and Delaware are all in the Third Circuit of the U.S. Court of Appeals.

With 15 authorized judgeships, the court is considered average size among U.S. Circuit Courts. This circuit's judges maintain the unique custom of leaving the bench after an oral argument to shake hands with the counsel involved.

The headquarters of the United States Circuit Court of Appeals for the Fifth Circuit is the John Minor Wisdom United States Courthouse in New Orleans, Louisiana. This court handles appellate review of matters heard in United States District Courts within its geographic jurisdiction, encompassing Louisiana, Mississippi, and Texas.

The jurisdiction of the Sixth Circuit includes federal appeals from the states of Kentucky, Michigan, Ohio, and Tennessee. The Potter Stewart United States Courthouse in Cincinnati, Ohio, is the location of the court.

Thomas Eagleton U. S. Courthouse in St. Louis, Missouri, is where they hear appeals.

With 29 authorized judge appointments, the Ninth Circuit is the most extensive appellate court.

This court will hear appeals at the following courthouses:

The Tenth Circuit has territorial jurisdiction over the six states of Oklahoma, Kansas, New Mexico, Colorado, Wyoming, and Utah and the sections of Yellowstone National Park that extend into Montana and Idaho.

The Byron White U. S. Courthouse in Denver hears the appeals.

Congress set up the United States Court of Appeals for the Eleventh Judicial Circuit in 1981. It handles federal cases that started in Alabama, Florida, and Georgia. The circuit has nine district courts, with each state having a Northern, Middle, and Southern District.

Article III of the U.S. Constitution adopted the Federal Courts Improvement Act of 1982 on October 1, 1982, establishing the U.S. Court of Appeals for the Federal Circuit. It has jurisdiction over numerous issues, including foreign commerce, government contracts, patents, and trademarks, on a national scale.

Three circuit court judges handle appeals initially. The parties submit "briefs" to the court stating why the judgment of the trial court should be "affirmed" or "reversed".

After submitting the papers, the court will schedule an "oral argument" where the attorneys present their points and respond to the judges' questions.

En banc hearings are uncommon, although the whole circuit court may review specific appeals on occasion.

Note that the Ninth Circuit's en banc procedure differs from that of the other circuits. En banc opinions are often more critical, and they will be available after a panel has heard the case.

No subsequent board can overturn the ruling once a panel has rendered a judgment on an issue and "published" its opinion. However, the committee may recommend that the circuit examine the first panel's ruling en banc.

Aside from the Federal Circuit, a few specialized courts handle appeals in specific areas.

What are the Differences Between District and Circuit Courts?

The American legal system has federal and state courts, and the district courts and circuit courts constitute this judicial system.

District courts are "lower" and are responsible for conducting trials.

In contrast, circuit courts are appeal courts that do not conduct trials but instead consider appeals of matters resolved by lower courts.

These two courts have very distinct functions. The district court handles general disputes and challenges to federal statutes for a specific geographic region.

District courts impose punishments and sentences, whereas the Circuit Court does not. These cases may entail divorces, crimes, and even concerns with diversity and citizens' voting rights. You can appeal these matters after the court has rendered a verdict.

These instances may include challenges to the constitutionality of existing laws. If there is an appeal, the case will go to the circuit court, which only handles federal cases. The Circuit Court is one level down from the Supreme Court in this situation.

Also, the Supreme Court has the authority to remand matters to either the District Court or the Circuit Court for further evaluation.

Where to Find Circuit Court Records?

Depending on where you are, you can access circuit court records by visiting the website of a specific circuit. For example, if your filed appeal or case is in Maryland, you must go to The Fourth Circuit Court of Appeals website.

Sometimes, you have to click the online court records link on the electronic services portion of the website to find the documents. You can browse for your case by name, case number, or ticket in the corresponding search field.

Another way to look for circuit court records is through Nexis Uni, FindLaw, and PACER websites.