What is a Civil Court? 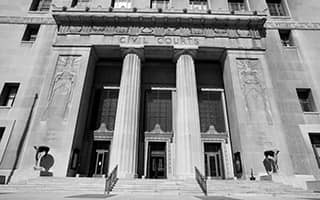 Civil courts, not to be confused with the civil-law legal system, deal with "private" problems, typically disputes between people or between private corporations or institutions, such as a disagreement over the terms of a contract or who is responsible for an automobile accident.

Instead of punishing or disciplining the parties, the purpose of a civil action is to return them to their original positions as if no legal infraction had occurred.

The most common civil remedy is a monetary damages judgment, but others include an injunction compelling the defendant to do or refrain from specified behavior.

What Types of Cases are Handled by Civil Courts?

One party brings a lawsuit against the other in civil court to resolve a disagreement or issue between them.

Civil courts hear a diverse array of cases. In general, civil cases may contain the following:

In addition, they consider matters involving relationships and children, such as divorce, child custody, child support, and guardianship.

Is It Hard To Win a Civil Case? 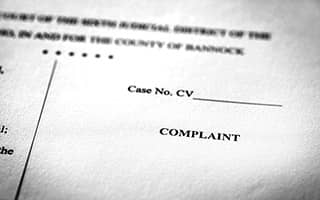 Civil cases are sometimes quite complex and need specific skills to understand the legal system and reach a successful result. There are no assurances that your attorney can win your case.

To win a civil action, you must establish a "preponderance of the evidence". In other words, the judge or jury must feel that your argument is more compelling than the opposition.

What are Civil Court Procedures?

Typically, a civil lawsuit starts when one party (the "plaintiff") claims to have been hurt by the acts of another party (the "defendant"). The plaintiff initiates a lawsuit by submitting a "complaint" (a document outlining the plaintiff's facts and legal arguments and requesting a remedy). In the claim, the plaintiff might:

A judge or jury will eventually decide the facts of the case and then apply the relevant legislation to those circumstances. The judge or jury will render a final judgment based on their interpretation of the law and facts, determining the legal implications of the parties' conduct.

The parties may also decide to settle the dispute on their own. The parties might agree to resolve their differences and strike a settlement at any point throughout the case to avoid going to trial and the possibility of losing.

Settlements are typical and can lead to an enforceable judgment via the payment of money.

If someone loses a lawsuit in civil court, that person may be required to pay money to the opposing side or relinquish property, but that individual does not go to prison merely for losing the case.

Each court has its own case-progression rules based on the amount at risk and other factors.

These stages characterize the majority of civil cases:

During this stage, the parties collect information, attempt to negotiate a settlement, and prepare for the potential of a court case.

In this process, one party initiates the court case by filing documents (a "complaint"), and the other side responds by filing a response (an "answer" or maybe a "motion").

During the discovery stage, both parties share information and assess the merits and weaknesses of the opposing side's argument.

In this stage, parties begin to prepare for trial. They organize their evidence and witnesses, participate in settlement negotiations, and submit papers with the court to resolve the matter or restrict the issues for trial.

Negotiated settlements or arbitration before trial settle most U.S. cases, though "civil procedure" is only available in formal courts of law.

Under the United States legal system, the plaintiff has the first responsibility to file a lawsuit. The plaintiff must also bear the first burden of establishing a valid claim.

The judge or a jury hears the case during this period. Depending on the intricacy of the case, it might span a few hours or many months. After interrogating witnesses and presenting evidence, the judge or jury will decide the verdict on the matter.

During this stage, one or both parties may file an appeal of the trial verdict, or the winning party may attempt to collect the judgment.

Note that not all civil cases follow this structure. The court or the parties may reorder the proceedings. In certain circumstances, the court's rules or legislation prescribe particular procedures.

The Federal Rules of Evidence regulate the evidentiary rules in federal courts. State courts adhere to their state's standards of evidence.

What are the Differences Between Criminal and Civil Courts?

Civil courts are there to settle disagreements between private people or businesses that are difficult to resolve in any other way. Criminal courts existe to decide if someone has broken a criminal law and, if so, to punish that person.

In criminal courts, a prosecutor accuses a defendant of breaching the law. Not the victim, but the prosecutor decides whether and what charges to file. The prosecutor must prove charges beyond a reasonable doubt.

The defendant has the right to a unanimous jury decision in most situations. Convicted felons will face the possibility of jail and a fine.

For example, if a drunk driver causes an accident, the authority will arrest him for driving under the influence (DUI). If the prosecution proves that the driver has drunk beyond a reasonable doubt, the driver will go to prison, detention, alcohol treatment, or pay a fine.

For some minor offenses involving property damage or modest bodily harm, a defendant can compensate the victim, and the court can drop the charges.

In civil court, a plaintiff sues a defendant and requests monetary damages, a legal status change (such as dissolution of marriage), or an order to do or stop something.

Civil plaintiffs and defendants have certain criminal rights, but not all. Often, litigants do not have the right to a jury trial, and there is no necessity that the result is unanimous. The judge or jury need merely reach findings "by a preponderance of the evidence".

If a drunk motorist crashes and injures a bicyclist, the cyclist may sue for damages in civil court. The rider must establish that the intoxicated driver caused the injuries. If the cyclist wins, the motorist will pay medical costs, lost earnings, pain and suffering, and lawyers' fees.

Where to Find Civil Court Records?

Usually, you can find out about most civil court cases by calling the office of the record custodian in the court where the claim occurred. Several courts also let people look at court records and other information online through the state court website.

Another way to look for a civil court record is to use the National Archives and Records Administration (NARA) and Public Access to Court Electronic Records (PACER).

The NARA is a federal institution responsible for preserving and recording government and historical records. It is responsible for keeping and publishing lawfully valid and authoritative copies of legislative acts, executive orders, and federal regulations.

These public websites allow you to navigate any civil case for free or a charge.