What is a Criminal Court? 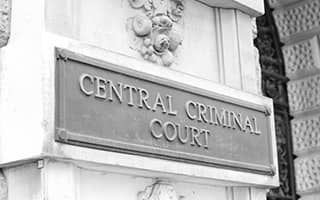 You must appear in criminal court when the state thinks you have committed a crime and brings charges against you.

Criminal courts deal with individuals accused of committing a crime, judging whether they are guilty and if so, the penalties they will face.

Because crimes constitute violations against individual victims and society, the U.S. justice system typically prosecutes them.

A district attorney (also known as a prosecutor), procurator, or police officer represents the public. Although courts are also state organizations, they do not favor either the prosecution or the defense in criminal cases.

When juries decide a defendant's guilt or innocence, the court's objectivity strengthens.

What Types of Cases are Handled by Criminal Courts?

Differences Between Misdemeanor and Felony Charges

What are Criminal Court Procedures? 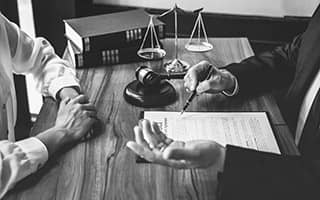 It integrates and expands on all Bill of Rights protections, including due process, the right to legal counsel, equal protection, the right to question witnesses, a jury trial, and the right not to testify against oneself.

State procedural rules may provide a criminal defendant with more protection than the  U.S. Constitution or Federal Rules, but they cannot offer less.

The U.S. Constitution, the Federal Regulations, state and municipal rules, and judicial interpretation of these sources dictate law enforcement methods. If an officer violates protocol, the trial court may suppress evidence gathered in violation, leading to a suspect's acquittal.

The Fourth Amendment guards against unjustified searches and seizures. The Supreme Court ruled that illegally acquired evidence is inadmissible at trial.

Police employ search warrants to avoid illegally inspecting or seizing a suspect's property. The authority must prove probable cause, swear or affirm, and describe the location and goods to secure a search warrant.

As with reasonable searches, criminal procedure restricts reasonable interrogations. The Supreme Court declared that police must inform defendants of their rights before making any statements.

The Fifth and Sixth Amendments compel law enforcement to notify defendants of their right to stay quiet and have counsel present during an interrogation.

All substantive due process rights apply to state criminal defendants under the 14th Amendment.

The pre-trial procedure is all parts of a trial that happen before it starts.

These methods include filing a lawsuit, responding to a complaint, discovery, practicing motions, and getting ready for the trial.

Right to a Speedy Trial

The Sixth Amendment guarantees criminal defendants a speedy trial. So, prosecutors can't wait too long before bringing charges or advancing with the case. Congress created the Speedy Trial Act to clarify the speedy trial provision.

A trial must be initiated within 70 days of the prosecutor submitting the indictment.

The Sixth Amendment ensures a public trial by a peer jury. Both parties can utilize peremptory challenges to provide an unbiased jury.

The court must dismiss the jury if a party makes a peremptory challenge.

During voir dire, these exercises aim to expose any prejudice. Although neither the prosecution nor the defendant must explain a challenge, not all are admissible.

The Fifth Amendment guarantees defendants a fair trial. In high-profile cases, judges must limit publicity's impact on jurors' decisions, sometimes by issuing a gag order or sequestering the jury.

Due process allows defendants to call their witnesses, gather evidence, and offer their views. The prosecution must give all evidence against the defendant and let the defense examine the prosecutor's witnesses before trial.

Pre-trial is when the defense can establish double jeopardy, if applicable. The Fifth Amendment's Double Jeopardy Clause forbids prosecuting the same defendant twice with the same offense.

Once a trial starts, the Constitution grants defendants more rights. The legislation requires the prosecution to prove the defendant's guilt beyond a reasonable doubt to prevent convicting an innocent accused. This high burden varies from a civil trial, where the plaintiff must establish a claim by most of the evidence.

The Sixth Amendment allows anyone to confront witnesses. This privilege is difficult to defend when a witness testifies to the police and then dies. The prosecution can't let the defendant cross-examine the witness in such circumstances.

The Sixth Amendment guarantees a defendant's trial counsel. The government must give a defendant who can't afford one an attorney. Public Defenders represent such defendants.

The Federal Criminal Procedure Rules require that an accused have access to counsel from the first appearance. During an interrogation, police must halt if a defendant requests representation.

During an arraignment, a judge reads the criminal charges against a person, asks whether the defendant has access to an attorney or requires a court-appointed counsel, asks the individual to plead, determines whether to change the original bail amount and schedules future proceedings.

The defense can cross-examine government witnesses. The Fifth Amendment asserts that a grand jury, not a judge, has the power to decide whether a defendant is liable for a "capital or infamous crime".

The prosecution and defense submit motions at pre-trial. These motions ask the court to withhold evidence, allow specific witnesses, or dismiss all charges for insufficiency of evidence.

Both sides will deliver their opening statements first, but the defense can wait to make theirs until the prosecution "rests"—completes their case presentation. The prosecution presents its evidence and witnesses first.

The defense will next present its witnesses and evidence. After the defense rests, it presents its last argument, followed by the prosecution's final argument. Following closing arguments, the jury discusses and renders a verdict.

For minor offenses and misdemeanors, sentencing usually happens right away. Minor violations and punishments may include:

More severe offenses result in the trier of fact hearing evidence and arguments from the prosecution and defense on the appropriate penalty. Some countries allow the judge to decide the punishment; others have a second sentencing phase trial with a new jury to determine the penalty for specified offenses.

The prosecution offers evidence of aggravating circumstances during a sentencing trial, and the defense produces evidence of mitigating factors. The U.S. Supreme Court protects the right to a jury trial for all death row defendants.

Before the court pronounces a sentence, a defendant has "allocution".

Allocution allows the defendant to address the court without a lawyer. The defendant may explain unknown facts, appeal for mercy, or apologize for unlawful actions in a direct address. It is a chance for criminals to exhibit sorrow or explain their illegal behavior to a court, hoping for leniency.

What are the Differences Between Civil and Criminal Courts?

Criminal laws are the regulations that apply when an individual commits a crime, such as assault, robbery, murder, arson, rape, and others. After being arrested for a crime, a defendant must go to a criminal court.

Civil law refers to the rules that govern lawsuits between individuals, businesses, and government entities. Typically, a civil court handles these kinds of issues:

The powers of judges in criminal and civil courts are different. Judges of the criminal court have the authority to sentence violators to jail. In contrast, the civil court judges might compel you to pay money or a fine or make judgments on your family or property.

Where to Find Criminal Court Records?

The primary type of record that the federal courts make and keep is a case file, which has a docket sheet and all the documents filed in a case. Under the federal courts, you can find case files and criminal court records on PACER.gov.

Through PACER, the Administrative Office of the U.S. Courts offers fee-based online access to case and docket information. The court will direct you to the Federal Records Center for copies.