What is a Divorce? 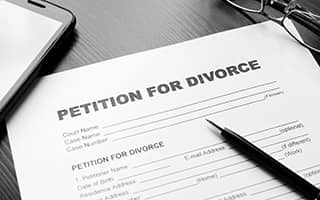 Divorce is the dissolution of a marriage or marital union. In other words - the legal separation of a married couple. Getting a divorce involves the canceling or rearranging of legal duties and responsibilities of marriage, thus terminating the bonds of matrimony under the rule of law of a particular county or state.

In the United States, this legal process requires a court or other governing body under family law. When applicable, it entails distribution of property, spousal support, division of debts, child support, and child visitation rights.

The supreme court handles divorce cases and the division of property. They also hear everything a family court can, like child custody and support. A divorce is not an annulment, which declares a marriage null and void. Instead, it is the complete legal dissolution of the union in its entirety.

In separation cases, couples remain legally married but informally stop cohabitating. Divorce is the only process where the marriage is legally and formally terminated.

What Are the Different Types of Divorce?

There are two primary types of divorce. One is called "divorce from bed and board," which is not available in all states in the U.S. This allows couples to legally separate and live their own lives without formally ending their marriage. This method of divorce is highly uncommon today.

The most common type of divorce is an "absolute divorce". Absolute divorce can be broken down into multiple subsets, as each state has its methods for legally obtaining a divorce.

The different types of absolute divorce include:

Also referred to as "simplified" divorce, a summary divorce is expedited for couples married less than five years. Couples who have been married short-term have children and significant combined debt but generally do not own much property.

A summary divorce requires little paperwork without the use of a lawyer. However, both spouses must agree to the divorce and jointly file their papers. Forms for a summary divorce are available on a state court's official website, as well as a local family court clerk's office.

Uncontested divorces are considered the least stressful. With this type, issues such as alimony, division of property, and child support (if necessary), are settled up-front and agreed upon in a written statement called a "property settlement agreement."

Couples then have the opportunity to file for divorce with the court. These types of cases are known to be fast-tracked, occurring in a short period due to the prior property contract.

States do not always require that parties in an uncontested divorce attend them in person, but instead, they can send an affidavit to the local clerk with both individuals' signatures.

A default divorce occurs when an individual files for divorce, but their spouse does not respond.

A judge can grant a divorce without a spouse's involvement in the proceedings if presented with the proper supporting documentation.

However, several states allow the defaulting defendant to overturn the divorce to prove why they did not respond initially.

When couples can't agree upon one or more marital issues, it is up to a judge to make the decisions for them. This is what's known as a contested divorce.

When the parties cannot resolve a case after multiple attempts, they will take it to a court trial. Ultimately, couples can agree on complex issues beforehand to avoid the burden of court proceedings.

The state determines acceptable grounds for filing for divorce. Previously, individuals who wanted to dissolve their marriage had to prove wrongdoing such as adultery or cruelty.

"No-fault" divorces are another option. Instead of blaming the other partner for the failed marriage, couples cite "irreconcilable differences" or the "irreversible breakdown" of the relationship.

In a no-fault divorce, it does not mean the case is uncontested. Couples are still responsible for resolving existing marital issues.

Before couples decide to divorce, services are available if one needs assistance resolving current marital issues. "Alternative dispute resolution" (ADR) is a method in which a professional neutral third-party member, or mediator, counsels a couple to aid in any current disagreements.

The mediator's responsibility is to facilitate an agreement, not solely make the couple's decisions. Ideally, this would culminate in a property settlement agreement.

A collaborative divorce is another method of ADR that involves lawyers who have special training to deal with divorce. Spouses hire lawyers who agree to share all pertinent information for fair negotiations and meet with both lawyers to settle.

The attorneys will withdraw if the parties cannot settle the divorce through a collaborative process, and the couples must hire a new set of attorneys to take the case to court. This ensures all participants are acting in good faith.

The third form of ADR is divorce arbitration. This option resembles a trial, where the arbitrator or judge will decide on the facts. It is an informal and cost-effective process that takes into account both parties.

The potential downside to this method is that it is solely the arbitrator's decision, and there's no right to appeal.

What is the Duration of the Divorce Process? 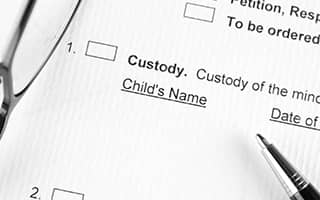 The average divorce from start to finish takes approximately 12 months to complete. However, couples that take their divorce to trial can expect the process to take 17.6 months.

Couples who choose an uncontested divorce will resolve their issues within one to three months. In cases of default divorce, an individual waits several months up to over a year until they locate the opposing party.

What is the Cost of a Divorce?

In 2019, the average divorce cost on average nearly $13,000. This includes legal fees and additional expenses. Divorces settled without an attorney are considerably cheaper. However, fees add up when it comes to the division of assets.

Costs to consider in a divorce include:

When considering the divorce process, these are factors to consider and which type of divorce is financially appropriate for each couple. Divorce laws also differ from one state to the other.

What are the Steps in a Divorce?

Regardless of the type of divorce chosen, the steps taken in a divorce process are generally the same in every state.

Step 1: Filing of a Divorce Petition

Whether or not both spouses agree, the petitioner - the individual filing for divorce - must file a legal petition to initiate the divorce process.

For a divorce to proceed, the applicants must sign court forms. The divorce forms or divorce papers are part of the application for the divorce process.

One spouse must meet the state's residency requirements, which entails a minimal amount of time the spouse has lived within the state and county in which the petition is being filed.

The primary difference between the dissolution of marriage and divorce is whether or not the parties allege the other spouse's fault as grounds for the divorce.

The person who applies for the divorce must pay a filing fee. Specific documentation per the state in which the divorce occurs is also required.

Waiting for a judge to finalize the divorce process is known to take several months. When children are involved, individuals will ask the court to grant temporary orders such as child support, custody rights, and spousal support while waiting for the court to file the divorce.

When temporary orders are requested, the court holds a hearing, compiles information from both parties, and rules on the request. In the divorce process, judges act quickly to grant interim orders, which remain enforced until the court finalizes the divorce.

While divorcing spouses must obtain divorce orders through the court, most spouses whose relationships break down prefer divorce mediation. It is cheaper, less stressful, and less time-consuming than court.

Once the petition for divorce and temporary court orders are filed, a copy of the paperwork must be sent to the spouse. A "proof of service" document is also filed with the court.

Spouses that are agreeable to the service make it a straightforward divorce process.

If one spouse does not agree with the divorce, they may hire a third-party professional to negotiate the proceedings in this step.

Once the respondent receives the paperwork, they must file a response in the determined amount of time. Failure to respond quickly will result in a "default" judgment; however, the respondent can dispute.

These are required when both spouses cannot agree on prearranged conditions. The court will schedule a settlement meeting where spouses and their attorneys will discuss conflicting aspects of the case.

Third-party negotiators such as mediators will be arranged by the court if there is no progress. If not required, it is still helpful in regulating the divorce process.

A court trial follows when the divorce parties cannot reach an agreement. Trials are held in front of a judge or jury, where both sides provide evidence and witnesses to their testimony regarding child custody, division of marital property, and financial support.

The courts consider all evidence presented to be legal and binding, and thus a judge makes the final decision. Court trials can be very costly and consume a lot of time.

Whether the divorce is amicable or requires a trial, this step is where the judge will finalize the divorce and issue a divorce decree. Referred to as an order of dissolution, this terminates the marriage and specifies the details surrounding:

Cases that don't make it to trial will result in the finalization of the divorce by the petitioning spouse's attorney.

Divorce is life-alternating, costly, and emotionally exhausting for those involved. Understanding the types of divorce and the steps involved can make the divorce process more accessible.

It is common for parties to obtain legal advice throughout the divorce process, regardless of whether they come to a mutual agreement. This allows individuals to discuss their options and protect their rights.

Where To Find Divorce Records?

Most district courts have self-help services to assist individuals looking for these records. This allows one to find basic information about divorce cases.