What is a Drug Court? 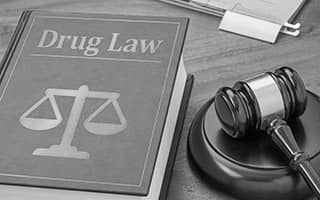 The objective of a drug court is to assist criminals in rehabilitating and preventing recidivism and substance misuse. These courts help nonviolent offenders obtain drug treatment to remain clean and out of trouble. It makes them more robust and less troublesome members of society.

What Types of Cases are Handled by Drug Courts?

This court handles issues that lead to criminal behavior, such as addiction or mental illness.

In traditional criminal court cases, people guilty of drug charges get sent to jail. Drug court programs understand that addiction is a long-term brain disease that affects behavior and the ability to control impulses. So, the main goal of drug courts is not to punish but to treat the condition.

Integrating a Drug Court into the Criminal Case Process

Most drug courts are a type of probation that comes after a criminal conviction. Participants in drug court are those on supervised probation, found guilty, or had their cases prolonged without a verdict after admitting enough evidence.

Most participants in drug court have already done prison time or go as part of a split sentence of probation and jail time.

Typically, drug court is a probation requirement imposed during sentencing or after a probation breach. Not attending treatment or testing positive for drugs are drug court probation violations.

If there are indications that the participant broke the law, the drug court will keep them until the final hearing.

Usually, cancellation of probation is after the court has exhausted all lesser sentences or when the probationer commits a new offense that concerns public safety.

What are Drug Court Procedures? 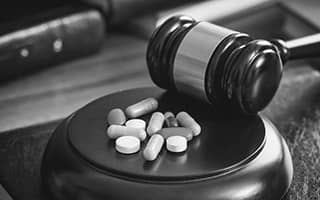 Drug court programs are for those accused or convicted of a crime and have significant drug use disorders. There is no single model for drug court programs, but most people get there in one of two ways.

In one model, before pleading guilty, those who meet the qualifications get sent to drug court instead of traditional court. It is often called "deferred prosecution" or "pretrial".

In another model, defendants who fit the criteria may enter guilty pleas and have their sentences suspended or extended while participating in the drug court program. This type of model is called "post-adjudication".

Assessment of Need and Target Population

In most states, "high risk or high-need" offenders are the main focus of the primary drug court model.

A high-risk or high-need criminal is someone addicted to drugs or alcohol and has a high possibility of committing another crime or failing to complete a less severe sentence, such as probation or pretrial supervision.

People who don't have these attributes but are low-risk or low-need tend to do just as well in less rigorous programs, like standard probation and diversion.

Each drug court must write precise, objective, and detailed qualifying requirements for admitting applicants. Unnecessarily unequal treatment or the notion that the drug court is unjust can result from too unclear provisions.

The primary condition for qualifying in all drug courts is the presence of a substance use problem. The person must be under the high-risk or high-need category.

A second qualifying criterion for these courts is that the participant must have been guilty of a criminal charge or have confessed sufficient facts to be guilty.

The last qualifying condition is that a portion of the participant's sentence must include probation.

Each drug court may establish other qualifying circumstances based on its requirements and resources. Consider the nature of the present crime, criminal history, substance of choice, place of residence, and the availability of treatment services to match the offender's requirements.

Typically, a drug court consists of four organized phases based on objective criteria. The participant's developmental goals are at the core of the phase structure. As participants advance, they move to a higher stage where the court has minimized surveillance, and the conditions vary.

Generally, 16 to 27 months are necessary to complete all phases. The lowest period a person may spend in drug court is one year, and the proposed maximum is three.

Except for the first phase, there should be a minimum duration for each stage.

The amount of time a participant stays in each phase will depend on established criteria and criminogenic hazards.

Each court has different stages based on local requirements and resources, but the outlined phases below indicate a common framework.

Phase I: Assessment and Stabilization

The first step is Assessment and Stabilization. Phase I typically lasts between 30 and 90 days.

The criteria for phase I include:

The court attendance requirement and the weekly probation officer meeting may alter for in-patient treatment participants.

The criteria for completing phase I contain the following:

The second phase focuses on intensive treatment. Typically, this phase takes around six to nine months.

Most of the time, the requirements of phase II include the following:

The typical requirements for completion of Phase II include:

Phase III is usually over when:

The last phase is to keep treatment and recovery going. Most of the time, phase IV lasts for six months. In this stage, the participant has more freedom in getting treatment and cover services, and they also have to be more independent.

Typical requirements for phase IV include:

A hair follicle test is often necessary to prove that the person has been sober for 90 days.

Phase IV completion signifies graduating from drug court. Once a participant finishes drug court, the court will cancel their probation, and they are no longer under supervision.

Typical qualifications for drug court graduation are as follows:

When a participant merits commendation for compliance or punishment for failing to fulfill expectations, the judge should administer applicable incentives or penalties accordingly.

What are the Differences Between Traditional and Drug Courts?

If they suspect you of using or selling drugs but didn't resist arrest or have a weapon, you're a nonviolent criminal. You have a higher chance of avoiding traditional court and the penalty of a full trial.

A drug court differs from a traditional court since it deals with nonviolent drug-related crimes outside of conventional criminal justice prosecution procedures.

The drug court programs provide control and surveillance while offering drug offenders treatment and probation. If you're battling substance usage, you may obtain addiction treatment instead of imprisonment.

Where to Find Drug Court Records?

Since drug court is not a traditional court, finding its records online may be challenging.

Still, you can use the Public Access to Court Electronic Records (PACER) system or contact the Clerk's Office of the courthouse where the lawsuit's filing occurred to find drug court records.

You have to create an account in PACER to access a specific court, specifically the drug court. For a fee, you can get copies of the records you want.