What Is a DUI? 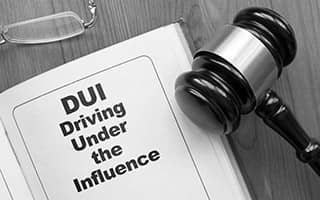 DUI stands for Driving Under the Influence. After a driver has become intoxicated with alcohol or drugs, it is illegal to operate a vehicle. Some states may refer to this offense as Driving Whilte Intoxicated (DWI).

A DUI is a misdemeanor offense in most states. However, some jurisdictions have a zero-tolerance policy and can charge a DUI as a felony.

DUI is a driving violation for operating a motor vehicle under the influence of alcohol, drugs, or other substances that can impair a person's ability to drive a car. In most states, for someone to get a DUI charge, they must have a blood alcohol content (BAC) that's higher than a certain amount.

Typically, the BAC limit in most states is in the range of .05%-.08%. However, the federal legal limit is .08%. Drivers with high BAC levels can face DUI charges. There are methods that law enforcement can apply if they pull over a person they suspect may be driving while intoxicated.

Several sobriety tests may be administered during the traffic stop such as asking the driver to touch their nose. Law enforcement officers may also ask the driver to perform a breathalyzer test to measure the percentage of alcohol in their system.

For more accurate results, law enforcement may issue a blood test measuring the level of intoxicants and determining what specific drinks are in the driver's system. Refusing to perform field sobriety, breathalyzer, or BAC test can result in additional punishments.

Is a DUI a Misdemeanor or a Felony?

Having prior DUI convictions can also make DUI a felony criminal offense. The first offense and the second offense count as misdemeanors in some states, but any subsequent offense is a felony. Some states also categorize DUI as a felony if the driver's blood-alcohol level was exceptionally high or if they had children in the car and were driving while intoxicated.

The punishments of a conviction for a felony or misdemeanor DUI differ. Misdemeanor DUIs carry a sentence of up to one year in jail and fines of up to $1,000. Felony DUIs, on the other hand, can result in 1 year or more in jail or prison and even more in fines.

Also, the license suspension for a felony DUI is usually longer than for a misdemeanor DUI.

What Are the Different Types of DUI? 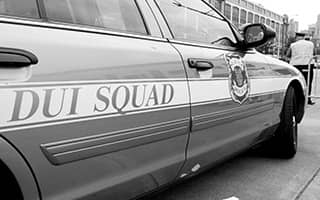 TThe common types of DUI are:

For this type of DUI, the prosecutor must prove that the defendant was in physical control of the vehicle with a BAC of .08% or more, which impaired their driving ability.

Type 2 - Alcohol (Any amount and unsafe to drive)

This type of DUI offense means any amount of alcohol in the driver's system makes them unsafe to drive, though they remain in control of the vehicle. Even without chemical testing, a charge is still possible for the offender.

This type of DUI is when a driver is under the influence of any intoxicating and is unable to drive safely.

Most people think they're free from a DUI charge if a doctor legally prescribes the medication. This is far from the truth. Driving a vehicle while under the influence of drugs that renders one incapable of safely driving can result in a DUI charge. This is the case even with a legal prescription.

Type 5- A Combination of Alcohol and Drugs

This type of DUI is when a driver is operating a vehicle under the influence of both alcohol and drugs and cannot drive safely.

Type 6- Cannabis and Other Controlled Substances

This type of DUI is proved with chemical testing. It's when a driver controls a vehicle while under the influence of cannabis or any other controlled substances.

How Do DUIs Work?

The steps for a DUI conviction are as follows:

If a police officer pulls a driver over on suspicion of impaired driving, they'll issue them a field sobriety test, breath test, or a blood alcohol concentration. Afterward, they get the test results, and failing leads to an arrest.

In some states, paying the bail can lead to release from jail. However, in a growing number of states, jail terms of up to 2 days are mandatory even for first-time offenders. For repeat offenders, jail terms are a must and can last for more than just a couple of days.

At the time of arrest, the impaired driver receives a ticket or a summons. This tells them when to attend court to face DUI charges.

Today, if the defendant denies the charges, pleads not guilty, and tries to fight the case, chances are that the police officer's dashcam video recording will serve as evidence to show the defendant failing the field sobriety test.

This final step is when the judge issues the appropriate sentence for the offense. The punishments vary for misdemeanor and felony DUI convictions from state to state. These include:

Where Are DUI Records Found?

In the United States, finding DUI records isn't as hard as it once was. These records are available: