What is a Federal Court? 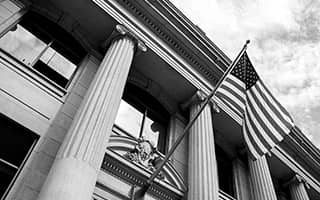 District Courts (also known as the Trial Courts) and Appellate Courts (also known as the Courts of Appeals or the Circuit Courts) exist at federal and state levels. Primarily, the District Court decides who is correct by assessing the facts and applying legal principles. Meanwhile, the Appellate Court must determine whether the trial court applied the law effectively and, in some instances, whether the statute is constitutional.

Federal Courts have three broad categories under the federal system: 94 District Courts, 13 Courts of Appeals, and the U.S. Supreme Court.

What Types of Cases are Handled by Federal Courts?

In general, Federal Courts can only determine a few cases:

As long as the issue is above $75,000, cases involving citizens of two states may move to Federal Court. Federal Courts can also consider claims involving land grants from separate states or across states. States may sue one other for several reasons, typically for land or water rights. States can bypass the trial court and appeal to the Supreme Court in this case.

Diplomats and Treaties are cases affecting or potentially affecting the U.S.'s position with other nations, especially international treaties. Included are ambassadors and public ministers in both the U.S. and overseas.

One example for government cases is that you would sue the Federal Bureau of Investigation (FBI) in Federal Court but your local sheriff in State Court.

These cases involve navigable water bodies in the U.S., such as seas, rivers, and lakes.

As you read, the list is short, and federal courts seldom consider cases of this kind. State Courts handle most family law, probate, and real estate disputes. A federal court case has a greater chance of being rejected or returned to state court. A litigation attorney can assist you in selecting where to file your complaint.

What are Federal Court Procedures? 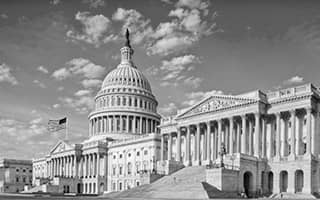 The federal judiciary is distinct from the executive and legislative branches but often collaborates with them. Congress passes, and the president signs laws. The tribunal determines the validity of federal laws and other constitutional issues. However, judges rely on the executive branch to enforce court rulings.

Courts decide what will happen and what to do. They decide on guilt and punishment. Also, they give a peaceful means to address personal conflicts that individuals cannot resolve independently. Depending on the disagreement or offense, some cases wind up in Federal Court and others in State Court.

Discover these various federal court categories to learn more about its procedures.

A district judge hears the case, and a jury determines it. Magistrate judges assist district judges in case preparation. They may also hear felony cases.

The District of Columbia, and every state, have at least one District Court. Each district has a U.S. Bankruptcy Court as part of it. The Virgin Islands, Puerto Rico, Guam, and the Northern Mariana Islands have U.S. District Courts that handle federal cases, including bankruptcy.

Only Federal Courts handle personal, business, and agricultural bankruptcy matters. In other words, you can't file for bankruptcy in a State Court. Insolvent people or corporations may seek a court-supervised asset liquidation or restructure their finances and work out a plan to pay their creditors.

The U.S. Courts of Appeals are a group of 13 Federal Courts that sit below the Supreme Court. A Court of Appeals exists in each of the 94 federal judicial districts. The Appellate Court must decide whether the trial court implemented the law correctly. Appellate Courts have three judges and do not utilize juries.

Following a circuit or state supreme court ruling, an appeal to the Supreme Court is feasible. Like circuit court appeals, the Supreme Court seldom hears such cases. People may petition the court to listen to their point by submitting "writs of certiorari". In this case, the Supreme Court will hear oral arguments and read the briefs.

The Supreme Court only gives certiorari to a minimal number of cases. The court usually considers issues when there are contradictory judgments throughout the nation or when there is an outrageous mistake.

Congress established many Article I, or legislative courts, with limited judicial authority. Judicial power is the ability to judge all constitutional, federal, and habeas corpus law cases. The Article I Courts include:

What are the Differences Between State and Federal Courts?

In most cases, they go to state courts, but federal courts look at things that have to do with federal law. State Courts handle most lawsuits since most offenses are against state or local law. Aside from criminal cases, State Courts resolve:

The U.S. Constitution set up the federal court system, termed "limited jurisdiction" courts. Since Federal Courts can consider authorized cases, they may hear cases from State Courts, including criminal cases, but they must be concerned with federal law.

Criminal charges are severe, whether in state or federal court. But the dynamics of a federal criminal prosecution might be pretty different. To investigate and prosecute its cases, the federal government has enormous resources. Prosecutors are strict, meticulous, and often political.

Several federal cases are white-collar offenses, such as:

Where to Find Federal Court Records?

You can locate a federal court case using the Public Access to Court Electronic Records (PACER) system or contacting the Clerk's Office of the courthouse where the lawsuit's filing occurred.

Federal case files are accessible online through the PACER system. Anyone with a PACER account can search for cases and caseloads in appellate, district, and bankruptcy courts.

Before 1999, most of the cases made were only in paper form. You can access paper case files at the courthouse or one of the Federal Records Centers (FRCs).

The Voice Case Information System (VCIS) is a telephone information system available in bankruptcy courts. It allows callers to get basic case information via a touchtone phone. The service is accessible at all hours of the day and night and is completely free to use.

Anyone with a PACER account can access free court opinions. A collaboration with the U.S. Government Publishing Office (GPO) allows free access to numerous appellate, district, and bankruptcy court rulings in text-searchable format.

The National Archives and Records Administration (NARA) has collected court records and case files suitable for long-term preservation. You can access these records through NARA.