There are different types of felony crimes committed in the United States every year.

Unlike misdemeanor crimes, felony crimes are much more severe. Usually, the punishment for a felony crime depends on the severity of the crime committed.

Those that face a felony charge are advised to enlist the services of a qualified criminal defense attorney.

What Is a Felony? 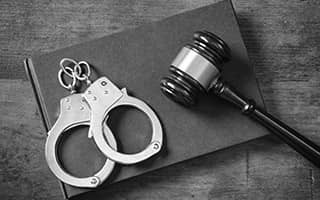 A felony is the most serious kind of crime that can be commited in the United States. Felons often face harsher sentences, such more than one year in a federal or state prison. Even if a felon receives a shorter sentence, the violation is still considered a felony.

Felons may face other punishment such as a loss of voting rights, no longer being able to serve on a jury, potential losses of professional licenses, expensive fines, and continued difficulty finding housing or getting jobs.

Some felonies include probation periods. The court can also impose fines based on the criminal statute.

What Are the Classes of Felonies?

Felony offenses are usually categorized based on the seriousness of the crime. Every state has a statute that provides guidelines on characterizing a particular felony offense in that state.

There are five classes of felonies which include:

Each state has a penal code. Every state also has its view of how much punishment a particular felony crime deserves. In one state, an offense considered a Class A felony may be regarded as a Class B felony in another.

What Are the Different Types of Felonies? 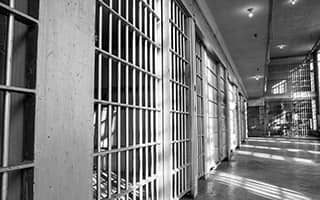 Here are some common felonies in the United States:

How Do Felony Cases Work?

Felony cases are handled differently from other types of cases. A felony case progresses through the court system according to certain steps. Not every case follows all the steps.

Most cases end before they reach the trial stage. The steps are as follows:

The complaint is a statement made under oath of facts that can support probable cause that the defendant has committed an offense against the laws of the United States.

If the complaint is accepted, a summons or arrest warrant may be issued for the defendant. Interviews with victims and witness testimony could be taken into consideration beore filing the complaint.

The first hearing after the defendant's arrest is known as the first appearance. Witnesses aren't necessary at this hearing. The defendant is made aware of their rights and the charges against them.

After this, the defendant makes arrangements for legal representation - with help if needed. Finally, the court determines whether to release the defendant on bail.

During the preliminary hearing the United States Attorney is required to provide sufficient evidence against the defendant.

It is not necessary for an attorney to prove that the defendant is guilty of the crime during this phase. The court may subpoena witnesses to testify in this hearing.

A grand jury consists of 23 citizens from the same judicial district who examine the evidence against the defendants. This is where witnesses take an oath and record their testimony. The Grand Jury decides whether the case should be prosecuted after hearing the evidence presented by the Assistant United States Attorney.

Arraignment on the indictment

An arraignment is where the magistrate formally informs the defendant of the charges found in the indictment, and the court reviews their bail conditions. At this hearing, the judge or magistrate sets the trial date.

Before a trial can commence, there may be motions made by the defendant or the country. These may be motions to suppress evidence, compel discovery, or resolve other legal matters.

The final stage is the last hearing called a trial, where the jury determines the innocence or guilt of the defendant.

If found guilty, the next action is sentencing. The judge considers the facts in the case before deciding on a fitting sentence to impose.

Where Are Felony Records Found?

Those who face felony criminal charges, hiring a criminal defense attorney is the best thing to do. Without one, it's hard to argue for a lower sentence and there's a higher risk of a conviction.