What types of courts are in Hawaii? 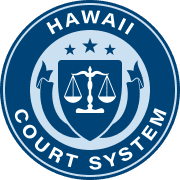 Hawaii has a four-level state judiciary system that is divided into two pairs. There is one pair each of both trial-level courts and appellate-level courts.

How are Hawaii court cases managed? 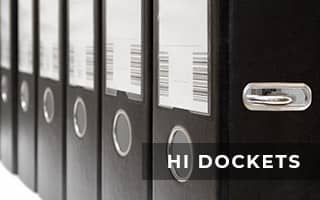 While the Supreme Court sets the court rules and is responsible for the discipline and punishment of attorneys, the cases are generally heard by the courts in which they were filed. There is a separate court for the various taxes that are excised, as well as for land and title disputes.

When cases are initially filed, the jurisdiction is generally decided by the charges and the value or money in dispute. The state district courts are granted exclusive jurisdiction over all traffic and landlord-tenant issues. They will also handle civil cases whose claim is less than $25,000, as well as bench trials where the amount in dispute is less than $10,000.

Which trial courts are in Hawaii?

Hawaii state district courts are also the sole mediator for disputes between landlords and tenants, and the judge for civil bench trials that have a cap on the monetary amount in controversy. The Hawaii state district courts only have jurisdiction over bench trials under $10,000, and for civil cases where the claim is less than $25,000, as well as any other criminal offense where the potential imprisonment is less than one year.

Hawaii state circuit courts are also assigned to any case which needs a jury trial. Other courts do still conduct trials, but they are considered bench trials where the judge or magistrate hands down a decision on a case. Hawaii state circuit courts process all criminal felony cases in the state, as well as holds exclusive original jurisdiction over all civil cases where the amount in controversy is more than $40,000.

The Hawaii State Intermediate Court of Appeals, also known as the ICA, is the intermediate appellate court for the state of Hawaii and it holds jurisdiction over all decisions handed down from lower courts. The Hawaii State Intermediate Court of Appeals is made up of 6 total judges. There is a chief judge and 5 associate judges. They are initially picked from a list of nominees, but must also be confirmed by the state legislative bodies.

The Supreme Court of Hawaii is the absolute highest court in the state of Hawaii. The decisions it hands down are binding over those of all other courts in the state. Their purpose is to provide additional oversight and balance by allowing a mechanism to review and amend the decisions of lower courts where it has been shown an appeal has merit.

What are the federal district courts in Hawaii?

They handle any federally assigned case with the exception of bankruptcy. Bankruptcy is a federal program, and the federal bankruptcy court has subject matter jurisdiction.

How to find electronic court records in Hawaii?

The court system in Hawaii is highly integrated and you will generally find that this leads to jurisdictional uniformity. The general rules, procedures, and even forms and paperwork will be much the same from one judicial district or circuit to another.

There exists a central office where the administrative duties are similar throughout jurisdictions, and the central office helps to supervise their operations across the state. To access the federal records you will need to visit the US federal court system. To find local or state records, you should start with the state's eCourt Kokua suite to search all state courts.

Where to find additional information about Hawaii courts?