What Are Jail Records? 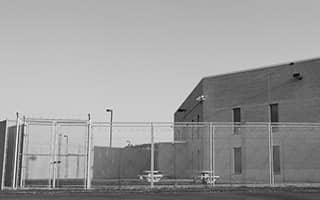 In law enforcement, a jail record, otherwise known as a criminal record, police record, or RAP sheet, is a record of an individual's criminal past. The information included in jail records and the existence of a record differs between countries and jurisdictions within a nation.

A jail record lists all non-expunged criminal offenses. These include traffic offenses such as speeding, reckless driving, and driving under the influence. In some countries, the jail record only notes actual convictions.

This means the individual has pleaded guilty or been found guilty by a court. This results in the entrance of a sentence. While in others, it could include arrests, charges dismissed, and charges pending.

Potential employers, lenders, banks, and others use a criminal history check to assess one's trustworthiness. Law enforcement criminal records are also relevant for international travel and the charging and sentencing of someone who commits additional criminal offenses.

How Do Jail Records Work?

A jail record starts with an arrest. After that, the use of the information collected is for records purposes. For one, suspects are fingerprinted and photographed. Their personal information is then recorded as well as information regarding the arrest. The statement of a conviction of a crime is also stored.

Jail records can identify and locate possible suspects in unsolved cases. Courts also use criminal records to determine sentences for crimes committed by that same individual at a later date.

Background checks are another popular use for criminal records. Companies can utilize background checks to establish if a person applying for a job has committed a crime.

What Information Do Jail Records Hold? 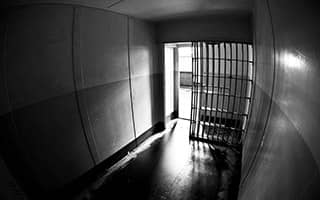 A criminal record file contains the following type of information:

Why Are Jail Records Necessary?

The original purpose of collecting jail records was to help keep track of and supervise offenders coming out of prison on their release date.

Later, the purpose became refined down to policing intents and judicial purposes. These included aiding investigations by catching "thieves on paper" and informing the courts if a convicted person had previously offended.

The judicial purpose has grown to incorporate prosecuting agencies, prisons, and the probation service, who need these records to complete their goal.

What Obstacles Does Having a Criminal Record Present?

A criminal record can harshly limit access to employment, schooling, living arrangements, citizen participation, and public assistance. The vast majority of employers, landlords, and colleges rely on background checks to screen applicants for any criminal records.

Even if an individual is found not guilty of any crimes, a jail record can significantly impact the chances of gainful employment. The consequences of criminal records may span many generations. The socio economic implications of being associated with a parent who has a criminal record can impact the quality of life of children.

Families of color feel these impacts more than other communities. People of color are arrested and incarcerated at disproportionately high rates. Jail records can also cause a higher rate of deportation among non-citizens.

Can Criminal Records Be Cleared?

In the United States, certain types of jail records can be expunged or sealed by a judge or a supreme court. An expungement removes arrests or convictions from an individual's criminal history as though they never happened.

Expunged records may not be viewed by courts or prosecutors. Sealing a record may keep it hidden from the public. However, they are accessible through court orders.

Many states allow for expungement or sealing certain records. But the federal government has no system in place for clearing conviction or other records.

Filing a petition with the court will be necessary steps in expunging or sealing any record. The petitioner will have to appear in court, and may not reoffend within the given period. This process can be costly and many may not be able to afford the legal and administrative fees involved. Additionally, most eligible individuals don't know that these remedies are options.

Where Are Jail Records Found?

Jail records began as handwritten or typed files kept at the police station. This means that sharing information between police stations rarely occurred.

Thanks to technology, criminal records are stored in substantial computer databases accessible worldwide. Making records easier to access can be helpful for police to keep detailed records of the criminal activity of any individual. Jail records are also a matter of public record.

Law enforcement has unlimited access to criminal records. Members of the public may also be able to access them, but may need a permissable purpose for doing so such as making hiring or housing decisions.

Everything from minor crimes in the past to arrests that did not result in a conviction can be found in a criminal record. A person may face difficulties in life because of a criminal record even if they were found to be legally innocent.