What is a Justice Court? 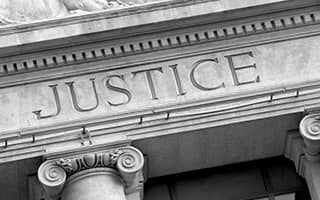 An elected peace judge runs the justice court for a four-year tenure in each county. People often call the Justice Court the "People's Court".

In the United States, the justice court delivers on the promise of equal justice under the law to its people. It also serves as the constitution's keeper and interpreter.

A justice of the peace, the judge of the justice courts, is an elected or appointed judicial official of a lower or puisne court tasked with keeping the peace.

Apart from the cases it handles, justice of the peace also officiates marriages at no cost if they occur in their offices during regular business hours.

What Types of Cases are Handled by Justice Courts?

In most states, the justice courts have the authority to handle several types of cases. These include:

Other possible violations include:

Infractions of civil traffic law include, but are not limited to:

The justice of the peace hears all civil traffic offenses except those brought by a municipal or local law enforcement official. Those who deny the offense face hearings.

A justice of the peace or volunteer traffic hearing officer will hear the matter. The majority of the evidence is what determines the outcome of a hearing.

A small claims section exists in each justice court for claims under $2,500.00. The claim must be for a verifiable monetary amount and cannot involve libel, slander, specific performance, class actions, or injunctions.

The exclusive jurisdiction of the justice courts extends to all civil cases involving less than $10,000, excluding certain court expenses and attorney fees, if granted.

Also, the justice of the peace considers matters regarding livestock liens, the disposal of aggressive or mistreated animals, and post-storage hearing claims such as impounded automobiles.

Rule 70 of the Rules of Court asserts that forcible entry and unlawful detention are two separate actions. During forcible entry, someone takes possession of land or a building by force, intimidation, threat, strategy, or stealth.

An Injunction Against Harassment (I.A.H.) is a court order prohibiting one individual from harassing another. For an I.A.H., "harassment" refers to a series of bothersome, harassing, or alarming acts of sexual violence.

What are Justice Court Procedures? 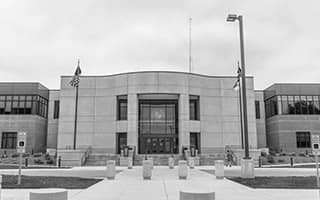 Unless specified, justice courts employ the same mode of procedure and evidentiary criteria as circuit courts and superior courts when handling legal matters.

Justice court regulations may vary from state to state, but, typically, the procedure in this court proceeds as follows:

The clerk shall promptly issue a summons and give it to the plaintiff or the plaintiff's attorney responsible for serving the warrant and a copy of the complaint.

Each defendant will get a separate or extra summons if the plaintiff asks for it.

In misdemeanor cases, the courts issue a summons or a warrant to compel a defendant to appear in court. To help in criminal investigations, the justice of the peace/magistrate also grants search warrants and court orders.

The justice of the peace signs search warrants 24 hours a day, seven days a week, and presides over arraignments, pretrial conferences, jury, bench trials, and sentence and post-judgment hearings.

In any proceeding, the justice court may, at its discretion, order the lawyers representing the parties to attend a conference to discuss:

The court must issue an order summarizing the activity done at the conference, the revisions authorized to the pleadings, and the agreements reached by the parties, limiting the issues for trial to unresolved admissions or counsel agreements. Such order regulates the subsequent course of the action unless altered at trial to prevent manifest injustice.

The court may, at its discretion, create by rule a pretrial schedule on which activities may be placed for consideration as described above. The court may limit the calendar to jury proceedings and nonjury actions,

The criminal justice system might be challenging to grasp if someone has a criminal violation. Cases will not all follow the same course.

Generally, there are five fundamental stages in the criminal justice system that the court follows, which include:

Article III of the U.S. Constitution promises every defendant a fair trial before a qualified judge and a jury of peers.

How Justice Courts Differ in Each State?

In some states of the United States, the justice of the peace is a judge of a court with limited jurisdiction, a magistrate, or a quasi-judicial authority with some statutory or common law magisterial powers.

Here are the examples of how justice courts differ in each state:

In this state, a justice of the peace has the same jurisdiction as a municipal magistrate over traffic, criminal, and restraining order proceedings outside of a municipality.

The justice court also hears cases involving county ordinances, civil lawsuits up to $10,000, small claims cases up to $2,500 (up to $3,500 in Maricopa County), and evictions, called writs of restitution (after a landlord completes a forcible detainer or particular detainer action).

Also, they have the same power and responsibilities as all other judges in the state when it comes to conducting weddings, administering oaths, and administering justice.

The justice court in Louisiana has civil jurisdiction where the amount in issue does not exceed $5,000. They lack jurisdiction when real estate titles are at stake, when the state or any political body is a defendant, or when successions or estates are at issue.

They may also order mental examinations for a good cause, function as a magisterial official for isolation or quarantine orders given by the Commissioner of Health and Human Services, deliver oaths of office to public authorities, conduct depositions, and issue subpoenas.

From 1981 until 1988, Maine consolidated the justice of the peace and Notary Public offices. In Maine, a "Justice of the Peace" is a court official, an attorney, who issues warrants and responds to complaints.

In Massachusetts, the Governor appoints justices of the peace for seven-year terms with Council advice and approval. They are often called upon to perform non-religious weddings, particularly same-sex marriages, which religious authorities refuse to supervise. They may administer oaths and issue writs like a notary public.

Where to Find Justice Court Records?

You can find justice court records on its website in each state or county.

Also, you can see a limited number of court case files in the National Archives Catalog. However, most of the information on this website describes the records rather than shows them to you.

You have other options in case the record are not available for viewing online: