What is a Juvenile Court? 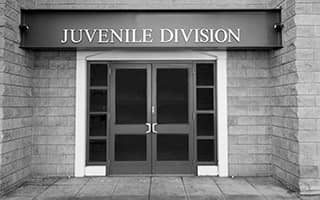 The juvenile court, sometimes known as the children's court, is a specialized court that handles situations involving delinquent, neglected, or abused children. The juvenile court serves as the government's surrogate parent; other courts must perform this job without a juvenile court.

In most U.S. states, juvenile courts have jurisdiction over minors who commit crimes before age 18, while it's lower in others. The court's authority over a minor typically ends on his 21st birthday, regardless of the crime.

What Types of Cases are Handled by Juvenile Courts?

Not every case in juvenile court involves delinquency or the commission of a crime. Other sorts of issues include dependence cases and status offenses. Typically, distinct processes apply to each of the three categories of juvenile court matters.

In the United States, juvenile courts in 2019 processed 722,600 delinquency cases involving adolescents accused of violating the criminal law, 2% less than in 2018. From 2005 to 2019, the number of delinquent cases decreased by 56%, with drops in each of the four offending categories:

The juvenile court also hears cases involving youngsters mistreated or neglected by their parents or guardians. In a juvenile dependency or protection case, a judge ultimately decides the relocation of the child from a harmful home environment.

Remember that situations of juvenile dependency are pretty tricky. They may transform your life and the lives of your kid.

Rights of Fathers and Other Parents

The legal language used in every circumstance might be confusing, so if you wish to be involved in the child's dependency case, you must inform the social worker and the court that you are the child's parent.

In this court, potential parents fall into one of three categories:

Your visiting and family reunification rights depend on the group to which you belong. Alleged parents have minor rights, whereas presumed parents have the greatest.

You have also deemed an alleged father or other parents if you appear at the first hearing and claim to be the child's parent.

In circumstances of dependency, alleged parents have little rights.

As an alleged parent, you have the entitlement to notice of dependency hearings and the chance to show that you are the presumed parent (discussed below). You are not entitled to custody or family reunification services. Your family will not have preferential placement consideration for your child.

If a DNA test establishes you as the child's father or you win a paternity decision from a family law court, you are the child's biological father.

You have the right to notice dependency hearings and the chance to demonstrate that you are the presumed father as a biological parent.

The court can provide you with reunification assistance (services that assist you in regaining custody of your child) if it feels like doing so would be in your child's best interest. The social worker will also give particular regard to your relatives when determining where your child will reside.

You might be a presumed parent in numerous ways.

These are the most typical techniques to demonstrate to a court that you are a presumed parent:

You have the right to reunification services, visitation with your child, and custody if you are the presumed parent. The social worker will also consider your child's family when selecting where your child will live.

A "status offense" is an action that would not constitute a crime if an adult did it. In other words, the youth's age makes the behaviors illegal. Typical instances of status crimes include underage drinking, skipping school (truancy), and breaching municipal curfew laws.

Historically, the juvenile justice system addressed status offenses. However, in the 1960s and 1970s, many jurisdictions started to see status offenses as an indicator that a youngster needs more supervision or other aid to prevent future legal problems.

In this spirit, the Federal Juvenile Delinquency Act of 1974 prioritized the "deinstitutionalization" of status offenses. It included granting prosecutors considerable latitude to transfer status crime cases from juvenile court to other government institutions that may better serve at-risk youth.

Diverting a case before filing a petition for adjudication of delinquency also permitted a juvenile to escape the delinquent label, which some argued hindered rehabilitation possibilities.

What are Juvenile Court Procedures? 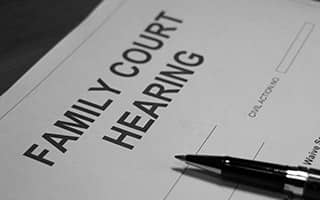 The juvenile court system has a distinct procedure and structure than the adult court system. For instance, after committing a crime, juveniles are "detained" instead of arrested. Next, you need to file a petition as a formal charging document.

This petition describes the jurisdictional power of the juvenile court over the offending and detained persons, offers notice of the basis for the court appearance, and acts as a notification to the minor's family.

Everyone older than this age will go to trial as an adult.

In addition to this full age restriction, several states have lower age requirements for eligibility before juvenile courts. This lower age restriction reflects a governmental judgment that children under a particular age cannot distinguish between good and evil or create a "guilty mind".

States with a lower minimum age requirement put it between six and twelve years. Children below this age are often exempt from accountability for their actions. Their cases may wind up in child protection or dependency court, where a judge will assess the parental fitness.

If juvenile courts determine that a child is delinquent, they have various punishment alternatives (often termed "disposition orders").

Courts may restrict a juvenile in several ways, including sending the minor to a standard juvenile detention center or putting the youngster under home arrest. In addition, juvenile courts can impose various non-incarceration-based sanctions, such as counseling, curfews, and probation.

What are the Differences Between Adult and Juvenile Courts?

One of the initial distinctions between the two courts is the terminology. Adults face criminal charges, while juveniles face delinquent indictments unless they undergo trial as adults.

A complaint accuses adults, whereas a petition charges juveniles. Contrary to adult court, there are no convictions in juvenile court.

After successfully prosecuting an adult case, the adult will face a sentence punishment. Juveniles aren't sentenced but get a disposition that specifies rehabilitative or punitive measures.

In addition to language differences, the two courts also vary mechanically. Juveniles accused of delinquent behavior have more choices to avoid punishment than adults. The purpose of juvenile court is rehabilitation, not punishment.

In juvenile court, the accused's family has a more significant role in the case and its outcome. Juvenile court has no juries. In contrast to adult court, where the accused has the right to a public trial, the case against a juvenile is in private court by a single judge.

Where to Find Juvenile Court Records?

You can use and browse the National Juvenile Court Data Archive (NJCDA) to look for juvenile court records.

The NJCDA is a repository for the electronic records of cases handled by juvenile courts. The Juvenile Justice and Delinquency Prevention Office under the U.S. Department of Justice developed the Archive to facilitate access to automated juvenile court data sets for juvenile justice research and policymaking purposes.

The Archive offers complete information on the actions of the nation's juvenile courts to juvenile justice professionals, policymakers, scholars, and the general public.

Its EZACO (Easy Access to State and County Juvenile Court Case Counts) provides users with easy access to case counts for delinquent, status offenses, and dependency cases in state and county juvenile courts. The data spans the years 1997 to 2019.