What types of courts are in Kentucky? 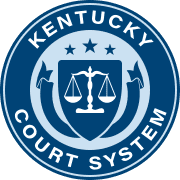 As granted by the constitution of Kentucky, there exists a single Court of Justice, that is subdivided into various tiers and functions. The power originates with the Kentucky Supreme Court, beneath which is the state-level appellate body the Kentucky Court of Appeals. The appellate body hears appeals on case decisions handed down by the Kentucky Circuit Courts and Kentucky District Courts.

How are Kentucky court cases managed? 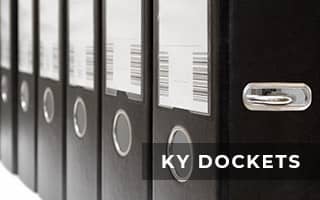 Case management in the state of Kentucky is bound by the original jurisdiction over the case, as well as the limitations placed on lower courts. The lowest jury trial courts in the state are the District Courts. They can pass more serious cases onto the Circuit Courts, which make determinations on more serious crimes and civil cases.

Which courts are in Kentucky?

The Kentucky Court of Justice is divided into four main parts, the District Courts which have the most limited jurisdiction, the Circuit Courts which hear most criminal and civil cases, the state appeals court, and the state supreme court.

Kentucky District Courts are the lowest tier of trial courts present in the state of Kentucky. They hear not only criminal misdemeanor cases of limited severity, but they also preside over many types of small claims cases, traffic offenses, and minor violations of municipal ordinances or village statutes. The Kentucky District Courts also hold jurisdiction over domestic violence or abuse cases, concurrently with the Circuit Courts.

This court also holds original jurisdiction over all cases filed in the state which deal with marriage dissolution or divorce, visitation rights or child custody cases, child support and alimony, and both termination of parental rights as well as adoption. The Kentucky Circuit Courts also hold jurisdiction over any cases revolving around child neglect or abuse, or domestic abuse, simultaneously with Kentucky District Courts.

The first level of the state-level appeals process begins at the Kentucky Court of Appeals. It has a total of 14 appellate judges that serve 8-year terms, and when hearing a case they often sit in panels composed of three judges. These panels are created and assigned by the chief judge who is elected by the 14 total judges.

As with some other states, the Kentucky Supreme Court also acts as the state's Administrative Office of the Courts. This means they act in a support capacity and handle all of the administrative duties for all lower courts in the state. This role is similar to the position of court clerk found in many judicial bodies.

What are the federal district courts in Kentucky?

How to find electronic court records in Kentucky?

The state of Kentucky makes available not just archives of records, but current records of dockets and cases currently being heard. For records from the Circuit Courts, most people can find records on the Kentucky Court of Justice site. There is also KYeCourts, which is a state resource for searching civil and criminal case status and information.

When the case is being heard or presided over by a district court, they will often maintain their archives. In this case, the party would navigate to the website for the county or district where the case was filed, and use their native search engine.

Where to find additional information about Kentucky courts?