What is a Land Court? 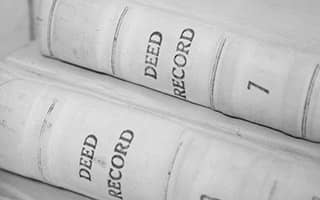 A land court has jurisdiction over land title proceedings and landlord-tenant conflicts to agricultural tenancies.

This court aims to offer an accessible venue for resolving civil proceedings and disputes regarding the ownership, development, and use of real property such as land.

What Types of Cases are Handled by Land Courts?

In addition, the land court considers issues concerning the determination of the military status of mortgagees and the redemption and foreclosure of real estate tax liens.

This court has supervisory responsibility for the registered land offices in county Registries of Deeds. It plays a crucial role in transferring registered land property ownership daily.

What are Land Court Procedures? 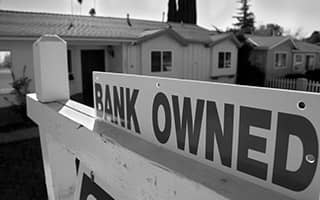 One of the Commonwealth of Massachusetts' Trial Court divisions is the Massachusetts Land Court. The court is different from other Massachusetts and state courts because it can only hear cases about real property.

Geographical jurisdiction extends to the whole of Massachusetts. The court's primary site is Boston; however, it may handle trials in other cities if required.

The land court has the only and original power to register property titles and foreclose on and release real estate tax liens.

This court exchanges property disputes with other courts. In many cases, the court's jurisdiction overlaps with the Massachusetts Superior Court, which has original jurisdiction in civil lawsuits over $25,000 and for equitable relief. The court has the same power as the Superior Court over real estate contracts, partition petitions, and mortgage foreclosures.

The land court, superior court, and housing court have authority over municipal planning board and zoning board of appeal rulings.

In August 2006, the Massachusetts legislature created a special Land Court session known as the "permit session". This session has initial jurisdiction over certain civil cases concerning land use and environmental permits. This jurisdiction coincides with that of the Superior Court.

The 2010 Dominican Republic Constitution provides the property right. It specifies that land must be used for productive purposes and urges the incorporation of rural residents into the national development process.

The Real Property Registry Law of 2005 created the methods and institutions for the adjudication and registration of property rights and the Supreme Court's responsibilities in land administration. Environmental and Natural Resource Law of the Dominican Republic, enacted in 2000, establishes the guidelines for implementing development plans.

The Land Court of Hawaii (formerly the Court of Land Registration in the former U.S. Territory of Hawaii) has exclusive jurisdiction over disputes concerning registered land titles. Legislation from 1903 created the Land Court land registration system as a Torrens system of property titles.

In Hawaii, Property Court registration is optional; non-registered land is ceded under the "Regular System" by registering deeds and other papers with the Bureau of Conveyances. Squatter's rights, encroachments, and public trespass can lead to land loss under the Regular System. However, you'll not lose if you have a registered title through squatter's rights or other means.

This court was a temporary set up to decide on land claims in New Mexico, Arizona, Utah, Nevada, Colorado, and Wyoming protected by the Treaty of Guadalupe Hidalgo.

In Tucson and Phoenix, the U.S. Court of Private Land Claims considered 301 cases covering 36 million acres. They only verified 87 land grants or less than 10% of the total. Some verified awards were smaller than claimed.

In Massachusetts, the land court applies these regulations to all land matters unless directed by the court in a specific case.

Unless a longer term is necessary, exhibits and chalks must be kept by the recorder for three years after the trial or hearing, subject to seizure or destruction, unless sooner handed to the parties or counsel who brought or introduced them. Unless otherwise directed, joint exhibits belong to the plaintiff.

If unsure about the party or counsel authorized to deliver, the recorder may demand an agreement or court order.

After three years, the recorder may destroy or dispose of such evidence after providing 30 days' notice to the parties.

Matter Which May Not Require Oral Argument

The court can determine cases based on submitted documents without hearing oral arguments, but only after receiving written statements of support and opposition from all interested parties or after giving those parties a fair chance to submit written comments.

All motions resulting from a party's answer (or non-response) to an interrogatory, request for admission, or deposition question, or from a party's response to, or alleged failure to comply with, a document production request, must be accompanied by a brief. The brief must address each interrogatory, deposition question, or request in the following order:

It is the role of the moving party to file motions for reconsideration with the court and serve them to all other parties. "Motion for Reconsideration" must be in the title of the action. Upon filing, the recorder sends the motion and accompanying paperwork to the judge who ruled the original move or subject.

No response is deemed necessary to the request to look at the case again, and no hearing unless the court wants one. The judge may refuse the motion without a response or hearing. There is no granted request to reconsider without providing the opposing party a chance to reply.

Identification of Judge on Court Filings

To clarify who is handling a case, parties should mention the judge's surname or initials after or below the case number, which you can obtain from the court's recorder.

A partition is the separation of concurrent land interests. Typically, these kinds of concurrent ownership are joint tenancies or tenancies in common. The goal of a partition process is to get rid of a shared interest in the same property so that each owner can enjoy and own their share separately.

Partitions may be judicially mandated or voluntary. You can always divide the property with the approval of the owners. Any co-owner of land held in joint tenancy or tenancy in common might seek a partition to leave the company. If the parties can't split the property, the proceeds will be shared proportionately.

The court renders its conclusion in writing or verbally from the bench, like a jury verdict. The judge must answer particular questions on each claim in detail compared to a special jury verdict in rendering a decision.

Stipulations of the Parties

After hearing the parties, if they choose or the court directs, the court determines before trial the form of the stipulation the parties must submit and any particular facts the parties would have the court address in its conclusion. Parties may surrender their appeal rights in whole or in part in their stipulation but must state:

In the event of an appeal, they give up any claims that the standard for reviewing the court's decision and judgment on appeal should be different than that for a jury verdict and judgment in a jury trial.

What are the Differences Between Recorded Land and Land Courts?

After the land court decides a parcel's ownership and boundary lines, no one can question or doubt it again. Registered land keeps all registered papers, including the original deed. Even if there is no disagreement, a piece of land may be written with the land court, although expensive and time-consuming.

Recorded land accounts for 80% of Commonwealth real estate records, while Registered Land takes up 20% of real property registrations and is frequently called the Torrens system.

Registered Land papers use a document number and certificate number, whereas Recorded Land uses a book and page.

Where to Find Land Court Records?

You can use the website of each land court to find land court records.

The public has access to land court case dockets via the Trial Court's eAccess portal at mass.gov. The website provides comprehensive instructions for searching by case name, case category, or case docket number.