What is a Magistrate Court? 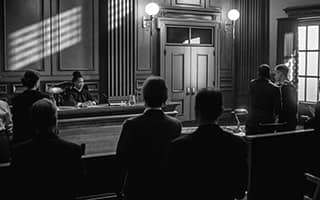 If you've been to court or have an impending hearing and encountered the term "magistrate", you may be curious about its meaning.

In the U.S., magistrates are professionals elected or appointed and, in regions where they are still a component of the court system, may not need legal expertise. However, many are attorneys in big cities.

The Judge and Magistrate may seem interchangeable, or you may believe they refer to the same person, but they have distinct meanings and positions.

What are the Differences Between Judges and Magistrates?

Magistrates and judges have similar judicial presences but distinct functions. Both judges and magistrates may hear your case, rule on objections, and decide the result, but a judge has greater power.

Also, appealing a magistrate's or judge's ruling is different. To appeal a judge's decision, a party must petition with the next highest court and will have extra time.

When appealing a magistrate's ruling, a party must do so quickly to a circuit court judge. Magistrates can sit on a bench like judges, but they don't wear robes.

Overall, judges and magistrates play crucial functions in a courtroom. Understanding the difference between the two can help you establish what activities they are responsible for and whether you will have to cooperate with them in court.

If you're still confused, you might ask an attorney how a circuit court judge or magistrate judge might be engaged in your case.

What Does a Magistrate Do? 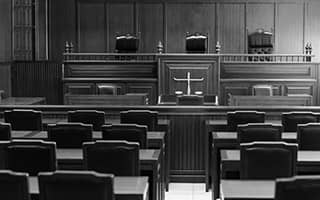 There are four different kinds of functions that magistrates do:

What are the Limitations of a Magistrate?

Magistrates are limited in that they cannot issue final court orders and can only provide recommendations.

What Types of Cases are Handled by Magistrate Courts?

Handled cases in magistrate courts in the United States vary from state to state. But in general, they hear minor criminal charges, traffic violations, and minor civil claims.

In some states, the principal duty of a magistrate is to help with the enormous caseload of family law matters that a judge would typically rule over. The magistrates in Maryland, for example, handle highly particular case categories, including the following:

What are Magistrate Court Procedures?

The Federal Magistrates Act of 1968 structured a solid basis for the system of federal magistrate judges. But it has taken almost fifty years of legislative reforms and significant judicial proceedings to turn the design into what it is today.

Magistrate judges preside over most preliminary hearings in federal criminal prosecutions. Each United States magistrate judge has "all authorities and responsibilities granted upon United States commissioners or by the Federal Rules of Criminal Procedure", per 28 U.S.C. 636(a)(1).

The responsibilities of the commissioners consisted mainly of issuing criminal processes, administering oaths, holding probable cause procedures, and transferring suspects to the district court for trial.

But under the jurisdiction of 28 U.S.C. 636(b)(1) and (3), magistrate judges also preside over a wide array of other procedures throughout the earliest phases of federal criminal prosecutions.

Initial criminal procedures are usually short notice; therefore, judges must conduct them quickly. In courthouses with several magistrates, initial processes rotate. Each magistrate will serve as a "duty judge" for a week or month, handling all initial proceedings. It permits the other magistrate judges to focus on court business.

A federal felony prosecution begins with a criminal complaint unless they are indicted by a grand jury. The government writes down the essential facts of the alleged crime. A magistrate judge is necessary to hear the complaint.

If the magistrates find probable cause that the defendant committed a federal offense, they must issue an arrest warrant or summons to force the defendant's attendance.

Magistrate courts issue warrants for the following searches and seizures:

In addition, they can issue administrative search and inspection warrants mandated by several federal legislation.

The provision improves law enforcement personnel's access to courts and encourages them to obtain search warrants, eliminating the need for government action without judicial consent.

The 18 U.S.C. 2518 does not permit magistrate courts to issue wiretap orders.

Probable Cause and Release or Detention Proceedings

Here's how magistrate court's probable cause and release or detention procedures work:

An arrested person must appear in court "without excessive delay" for an initial appearance. If the arrest happens without a warrant, the government must immediately submit a complaint that satisfies Rule 4(a)'s criteria for reasonable cause.

The magistrate will explain the nature of the proceedings and notify the defendant of the following during the first appearance:

Also, the magistrate judge must determine whether to release the defendant before trial under the Bail Reform Act.

In cases involving a substantial danger of flight or obstructing justice, a judge or the government may request a detention hearing. A judge must hear the government's detention application in some extreme circumstances. The hearing must follow the defendant's initial court appearance unless the government requests a delay.

The defendant may offer facts and cross-examine witnesses during the detention hearing. The court must provide written findings and grounds for detention.

A district court will examine a magistrate judge's release order on request. A defendant may request that a magistrate's detention order be revoked or changed.

Magistrate courts may arrest and detain a person if the government proves by affidavit "that a person's testimony is crucial in a criminal action. It may be impractical to compel the person's appearance by subpoena".

Typically, there's a material-witness detention procedure when important witnesses to criminal behavior may leave, and no condition of release can assure their testimony. Its purpose is to retain criminal investigation witnesses before filing a case and secure their testimony in an ongoing matter.

The magistrate court schedules a preliminary hearing after an initial appearance or detention hearing unless the defendant is investigated or waives indictment and the U.S. attorney files information.

A magistrate decides whether a defendant charged with a federal felony by complaint shall appear in district court at the preliminary hearing. In court, the defendant may cross-examine witnesses and offer evidence.

After indictment or information, the defendant must appear in open court for arraignment.

The defendant generally pleads not guilty at first, giving the lawyer time to investigate the facts and negotiate a plea offer. The court accepts a plea modification after an agreement.

Where to Find Magistrate Court Records?

In the United States, magistrate records are usually open to the public, just like most criminal cases.

You can access for free or with a fee the vast majority of criminal, civil, family law, family violence, and victims of criminal proceedings in magistrate court.

What websites can you use?

You can use Cobb County Gov and PACER to get copies of case documents, recordings, and transcripts under this court.