What types of courts are in Minnesota? 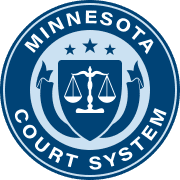 Minnesota has a fairly small and relatively simple justice system that is made up of just three branches. They have trial courts that consist of district courts with different branches within each one that handles different types of cases. Federal courts deal with federal cases in the state and represent all of the counties within Minnesota. There is also a federal bankruptcy court that handles cases within the state that deal with bankruptcy cases too.

All of the judges that govern in the state of Minnesota are elected instead of appointed by the state's governor and his council. The judges that serve at the district level, as judges that serve on the Supreme Court and Court of Appeals are appointed similarly to other states, though they go on to serve lifetime terms. They are allowed to serve until the age of 70, after which they must retire.

How are court cases in Minnesota managed? 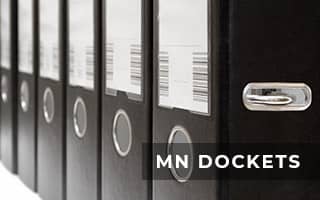 The Minnesota Court of Appeals is a step above the District Courts, helping the Supreme Court handle appeals. It is their main job to review the decisions made among all district courts, deciding whether or not justice was served. Depending on the case, the judges of the Court of Appeals may hear a case or may not, in which case they have to decide the verdict within 90 days. Though the court of appeals oversees many of the district courts, they are not the final governing body.

Which trial courts are in Minnesota?

In Minnesota, there is only one trial court with branches that handle all types of court cases in the state. The Minnesota District Court serves all of the 87 counties that make up Minnesota, each one divided into 10 districts. They deal with cases both civil and criminal and have jurisdiction to hear cases that require a jury and those that do not.

Most of the district courts around Minnesota are divided into departments, while some deal with motor vehicle violations and others with first-degree murder. There is also a branch dealing with family cases, which hears cases that involve juveniles and family matters such as divorce and estate hearings.

There are over 280 judges in the District Court, some of which are able to hear cases that deal with serious cases and others that deal with only minor crimes. Most judges are able to hear a wide range of cases, taking some that involve serious cases and others that involve only minor crimes. All of the ten judicial districts are overseen by a chief judge. This chief judge has help from the assistant chief judge and a judicial district administrator.

What are the federal district courts in Minnesota?

The District Court in the state of Minnesota has jurisdiction to hear cases that include both civil and criminal crimes, though they have to fall under federal law. All of the counties in the state are covered by the court and appeals from these districts go to the U.S. Court of Appeals for the 8th Circuit.

How to find electronic court records in Minnesota

In the state of Minnesota, not all records for court cases are made public. The public can request information and access to court cases by having the record they wish to access along with the case number or the name of one of the parties involved in the suit. To find electronic records, individuals can visit the Minnesota Trial Court Public Access Remote View Portal, searching for cases by the case number, parties involved, or the name of the attorneys involved.

When records are public, the search is simple, accessible via a number of ways including both state and third-party search engines for court records. Those that have been sealed from public view do are not accessible and require special permission upon request.

There are a few other ways that those looking for court records in Minnesota can get their hands on them, one of which includes visiting the courthouse where the case was heard. After finding the court where the case was heard, individuals can either stop by or write for permission to access cases, waiting until approval before they can see and obtain copies for a fee.

Where to find additional information about Minnesota courts?