What types of courts are in Montana? 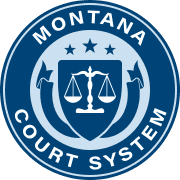 Montana's court system is a three-tier system that includes lower courts, federal courts, and a state Supreme Court. All of them work together to govern the state and oversee that legal matters are handled properly in the state. The governing body with the highest power in the state is the Supreme Court, which can overturn rulings from any of the other courts.

There is no Court of Appeals, so all appeals are heard by district courts or passed on to the Supreme Court in cases involving issues that are proven to be unjust.

How are court cases in Montana managed? 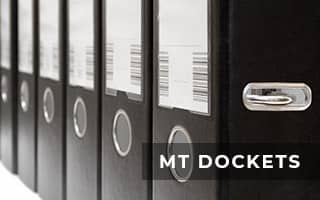 Lower courts in the state of Montana can appeal to the district courts, though there is no Court of Appeals that district courts oversee. Instead, appeals from courts that are of interest to the Supreme Court are sent directly to them where they will ultimately decide whether to overturn the ruling or not.

Most courts only allow 15 to 60 days to file appeals and are only allowed up to 90 days to come to a conclusion on whether or not to overturn the ruling. The appellate procedure is complicated and takes longer in district courts that handle more serious cases. After the appellate request is filed, it's either taken up by the district courts or by the Supreme Court.

The Supreme Court of the state also oversees judges in each court and attorneys that represent those convicted of crimes in the state of Montana. If there is reason to believe that a judge is not acting according to the state or national law, the Supreme Court can take action against them, deciding to overturn his election or appointment if they have evidence to do so.

Which trial courts are in Montana?

The municipal court in Montana is one of the lower courts in the state that hears trials involving a jury. This court hears preliminary hearings that deal with felony criminal cases and also hears misdemeanor cases that involve traffic and parking violations. They deal with issues involving property with totals up to $7,000.

City courts are another lower court, though they have different jurisdiction than the municipal courts. City courts hear cases including:

Justice cases do deal with trial cases, though some involve a jury and others do not. In the case of small claims, there is no jury needed and cases deal with small claims up to $3,000. For cases dealing with property, Justice's court hears those that involve property with a value less than or equal to $7,000.

This court does not deal with a jury but instead involves an individual and an organization. Attorneys will negotiate cases and judges will hear cases and rule based on the arguments presented. The court's jurisdictions lie with issues surrounding worker's comp and do not hear any other cases.

The district court in Montana deals with a variety of different cases, including:

Most appeals that come from the lower courts are heard here unlike in most other states that send them to the Court of Appeals.

Water courts deal with property, most of which involve the natural bodies of water across the state. Water courts do not hold trials and are ruled upon by the presiding judge after negotiations between attorneys.

Water courts deal with water rights and have jurisdiction over cases that deal with the health of the water around the city including lakes and other natural water resources. Cases that involve the wellbeing of water are heard here, ruled by the presiding judges, and presented by attorneys or organizations that are playing a part.

What are the federal district courts in Montana?

The state of Montana has one federal court, the United States District Court for the District of Montana. They have three active judges, all of which are appointed by the president of the United States when there is a vacancy. Their jurisdiction expands throughout the state and permits them to preside over all of the federal criminal and civil cases within the state. The federal courts in Montana have branches in Billings, Butte, and Great Falls. When there are appeals from this court, they go to the U.S. Court of Appeals for the 9th Circuit.

How to find electronic court records in Montana

Many court records in the state of Montana are public. It is the right of citizens to find look up and search for any information that they need involving cases heard in the state of Montana. Those who want to look up information electronically can do so with the Montana Supreme Court Case Public View Docket Search tool. Here, they will have to enter the names of the party involved, the name of the attorney, or the case number. It's a simple way to find information, as long as the court records that are being searched for are not sealed.

Another option that citizens have is to visit the court where the case of interest was heard. In doing that, they will need to provide the document they are interested in as well as information about the case so the clerk can look it up.

For cases that involve sensitive information or that involve a minor, the records are sealed and the public is not allowed to retrieve information. The only exceptions include attorneys and those with the legal requirements to request sealed documentation.

Where to find additional information about Montana courts?