What is a Municipal Court? 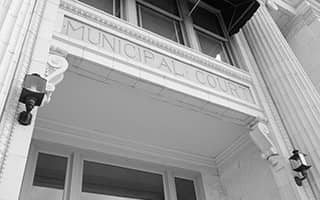 Municipal courts are the criminal justice system's lowest level. They usually have limited jurisdiction over local misdemeanors and minor offenses. State laws, which vary from state to state, tell how municipal courts work.

In Kansas, under Section 12-4104 of the Kansas Legislation, local laws have concurrent jurisdiction with state statutes, such as DUI and domestic violence. The law prohibits municipal courts from using search warrants. Other rules define municipal judges' powers and responsibilities and their qualifications and appointment methods.

What are the Cases Handled by Municipal Courts?

While the most-charged offenses in municipal court typically include:

What are Municipal Court Procedures? 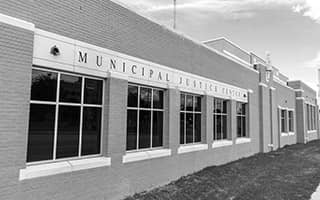 But in general, municipal courts in every state share common grounds for their systems. If you get accused of a crime, here's the typical procedure of a municipal court:

You have legal obligations in addition to your rights. You must go to court if you want a lawyer to help you. Citation, summons, or release documents state your court date.

You or your lawyer may appear in open court, mail your plea, or present it in person. Postmark your petition by your planned appearance date if you send it.

Note that juveniles have their own set of rules.

Your first appearance determines your plea. The court may consider mitigating circumstances if you forgo a jury trial and plead guilty or nolo contendere (no contest). If you ask for a not guilty plea, the court will set a date for your pretrial hearing.

Unless you are eligible for dismissal for non-compliance, you must plead:

A not guilty plea implies you reject guilt and demand the state prove it. It does not exclude a subsequent guilty or no contest plea.

A guilty plea commits you to the crime accused.

A nolo contendere plea indicates you admit the state's accusation.

In contrast to a guilty plea, a nolo contendere plea is not applicable for damages against you in a civil lawsuit. For example, if you plead guilty in a civil case about a car accident, that can prove that you were responsible or at fault.

Because fees depend on the crime, you should ask the court what you'll have to pay. If you ask for a trial by a jury, you will have to pay a jury fee. Also, there is a fee for serving or processing a warrant. No payment within 31 days of court time is subject to a late payment fee.

A fair, unbiased, and public trial is the municipal judge's duty. The state brings the case against you, not the court. Thus, the court cannot dismiss a case without the prosecutor's consent.

There are, however, certain exceptions, such as delayed disposition, driver safety classes, and compliance dismissals.

The defendant and the municipal prosecutor meet for a pretrial meeting every two months.

The laws that govern pretrial proceedings in municipal court allow for a pretrial hearing before a merits trial.

The court may invite the prosecutor, the defendant, and their attorneys. A defendant must appear at a preliminary hearing.

There may be an appointed interpreter in municipal courts for pretrial hearings on the defendant's pleadings, special pleas, motions to quash, requests for continuation, motions to suppress, discovery, entrapment, and applications for change of venue.

Municipal court proceedings may vary from state to state. Before they can prosecute you in a trial, they must first submit a sworn complaint against you. When you are in court, you have the following legal rights:

What are the Differences Between Municipal, District, and Federal Courts?

A person accused of a crime may wind up in many courts.

Which court you will go to depends on what law the government says you violated.

Every city has a municipal court. In municipal or city court, a judge hears cases when the city prosecutor finds a violation of municipal law.

Note that what is lawful in one city may be illegal in another. A person accused of breaching a municipal law can always hire counsel.

A defendant has 14 days to appeal a case's sentence. If the defendant appeals, the case goes to the district court.

The district court, sometimes known as the county court, is the county's most prominent and influential court. It handles both civil and criminal cases.

There are two categories of criminal cases presented in district court:

The district court is not like most municipal courts. It is more formal, requires more court appearances, has more procedural protections, and can hold jury trials. Having your case tried in district court has benefits and drawbacks depending on who is the fact finder.

If the government suspects you breached a federal law, your case will move to federal court. However, there are a few exceptions in unusual situations, such as committing a felony on Tribal property.

The federal court has a reasonably modest caseload than municipal and state district courts. It is more official among the three. Your federal criminal defense attorney should know this court system if you face a federal crime.

Where to Find Municipal Court Records?

Judicial records are municipal court administrative records. It is a record created or maintained by or for a court or judicial institution.

The requestor must submit a written request to the court's record custodian to get copies or see judicial records. The request must be specific enough to identify the desired document. You'll also need to include its purpose.

Using the Common Law Right to Privacy (CLRP), personal information in court records is private. CLRP is distinct from CLRA. It protects information against publication if it fits two criteria:

Remember that the municipal court may charge for case records.