What types of courts are in Nebraska? 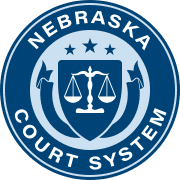 In the state of Nebraska, the court system is split into a four-tier system with the Supreme Court asking as the highest governing power. The system consists of trial courts that hear civil and criminal cases and federal courts that deal with those who have been convicted of federal crimes.

There is a Court of Appeals that filters all appeals before they get to the Supreme Court, which only hears a little over 300 cases (on average) per year. Each court in the district and trial courts has a higher governing power and any cases heard in those courts can be presented to a higher power if there is evidence of unjust treatment. From there, the Court of Appeals will decide whether it should make it to the Supreme Court or not.

How are court cases in Nebraska managed? 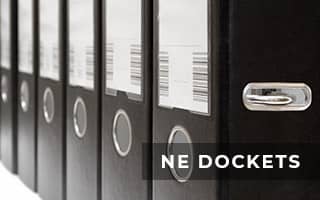 All of the courts in Nebraska are managed by the Nebraska Supreme Court. The panel of the court consist of seven judges, all of which are appointed by the governor of the state. Once appointed, they have to go through an election to keep their seats within the first year of service, whereafter they serve a six-year term.

Which trial courts are in Nebraska?

Nebraska is home to 12 district courts, all of which spread out across counties. District courts have jurisdiction that allows them to hear both civil and criminal cases and even hear appeals from other trial courts. They hear appeals for county courts and have the power to overrule if they deem necessary.

Though there are some cases involving juveniles that are heard by the county courts, most of them are heard in juvenile courts. For counties that have a separate court for juveniles, it will go straight to the juvenile courts. Others will go to the county, though they are handled similarly.

Juvenile cases involve minors and are therefore sealed from the public. In most cases, there is no need for a jury and the juvenile's case is presented in front of a judge where they determine what will happen.

The Workers' Compensation Act of Nebraska oversees all of the cases that deal with injuries on the job. This court helps employees fight for their rights and can help them fight their cases by offering counsel. They can also hear cases where employees hope to gain some sort of compensation. These courts usually don't have juries and are typically presented by an attorney against the corporation in question.

What are the federal district courts in Nebraska?

The state of Nebraska has one federal court, the United States District Court for the District of Nebraska. They are responsible for all of the court cases both criminal and civil that fall under federal law. All of the counties in Nebraska are included in this court and represented in the event that they are facing a federal charge.

Appeals from this court are heard in the U.S. Court of Appeals for the 8th Circuit, which will ultimately determine the ruling within a span of nine months from the date of the hearing for the appeal.

How to find electronic court records in Nebraska

In the state of Nebraska, ruling for court cases and other court records are obtainable by those interested. Not all court records are public, more specifically those that deal with minors. Still. The general public has the right to obtain public court records and also request that current sealed records become accessible.

Those interested in obtaining information about court cases can find them electronically or request them in the court in which the trial of interest was heard. In order to request access or obtain copies, the interested party will have to visit the court where the trial was heard and present the case number, the name of the parties involved, or the name of the attorney that represented either party.

Where to find additional information about Nebraska courts?