What types of courts are in Nevada? 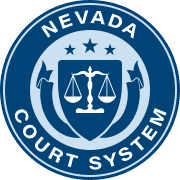 Nevada's court system is split into three different levels. These include the district courts, the state courts of appeals, and finally the Supreme Court. The Nevada Supreme Court has jurisdiction over the lower level courts, which they also manage.

The seven Justices on the court are elected for six-year terms. They don't have term limits and the Governor might appoint justices if there is a vacancy. In the Nevada court of appeals, there are three judges. The district courts span across 11 courts, with 82 judges.

How are Nevada court cases managed? 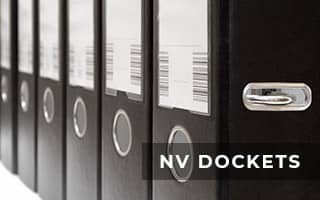 When it comes to legal disputes, the district courts will have jurisdiction over them. These are where criminal, family, juvenile, and civil cases are handled. The main legal processes include mediation, arbitration, and jury or bench trial.

The Supreme Court is the state's highest level of court, so it always reviews and rules on any appeals that come from District Cases. The judges decide if there were any errors made in the case or trial, instead of searching for evidence or facts. The Supreme Court can hear all civil cases and criminal cases, as long as they come from the District Courts. The Nevada Judiciary is there to interpret the law and act as a check on the Executive and Legislative branches.

The Municipal Courts manage any cases that have to do with misdemeanors or violations of traffic, making them the ones locals come into contact with the most. Nevada has 17 municipal courts that are run by 30 judges. You can access ticket information here. You can also search for individual cases online.

Which trial courts are in Nevada?

Nevada's district courts are the most basic level of courts and used for many general jurisdictions. Many legal matters are tackled there since Nevada doesn't use circuit courts. These district courts can hear juvenile, family, criminal, and civil cases. The civil cases include disputes that go over $10,000.

Nevada has 9 Judicial Districts, which include all of the state's counties. Five Districts cover more than one county, so the judges need to travel between them to hear all of the cases.

Nevada municipal courts are the ones that handle violations of traffic, non-traffic misdemeanors, and parking. They also have a limited-jurisdiction, but can hear civil matters. The district court has jurisdiction over the municipal courts.

Specialty courts are courts that are created specifically for solving one type of legal problem. The main goal of these courts is to help people who would otherwise become criminals. These courts work to increase the odds that the offender doesn't repeat the offense. The methods can include:

Today, there are 42 different specialty courts in operation. These include 26 urban and 16 rural programs. They can be further be broken down into the following:

The community courts are much like the specialty courts, as they allow the local government to enact different sentences on those charged with a misdemeanor.

Nevada's justice courts are also of limited jurisdiction and can only handle civil cases not exceeding $15,000 in damages or other costs. There needs to be one justice court in every township, with at least one justice of peace in the court. The Legislature chooses the amount of justices based on the population of the area.

The intermediate Court of Appeals was established in 2014, at the general election. The constitution for the state was also amended to include three judges at these courts. However, the Supreme Court assigns the cases to the Court of Appeals and determines when they need to be reviewed.

The Juvenile court tackles cases that involve those under the age of 18 who were charged with violating the law in some way. Minors who are charged with, what would be a crime for an adult, are referred to as delinquents in the court.

The courts can also manage cases where the child has been abused or abandoned by their guardians. They can also offer other legal help involving minors.

It's worth noting, in Nevada, minors who attempt or commit murder are viewed as adults in the trail, no matter what their age happens to be. However, all juvenile cases are considered civil offenses, unless the crime is severe enough for them to be tried as an adult.

The Nevada probate courthandles matters that have to do with the affairs of a deceased person. For example, the validity of a will and how to best transfer property to the inheritors are tasks that this court deals with.

According to the probate court rules, a person with a will from a recently deceased person must bring it to the district court within 30 days of the recorded death. In doing so, you ensure that the will is considered valid by the law. You won't want to wait very long.

How to find electronic court records in Nevada?

There are a few different ways that you can find court records for a case in this state. First, you can visit the Nevada courthouse in person and receive the records from the County Clerk's Office. When you retrieve the records in person like this, you can expect a small fee.

However, it's usually easier to visit the Find A Case Page and use the appellate courts case look up section there. You will need to have the case number to do this.

Where to find additional information about Nevada courts?