What types of courts are in New Jersey? 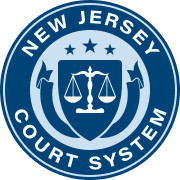 New Jersey is known for having a simple and straightforward court system. There are the municipal courts, the tax court, the state Superior Court and trial courts, the Appellate Division, and finally the New Jersey Supreme Court. The Supreme Court presides over the other divisions and has a Chief Justice who oversees the other justices.

There are six associate justices and the Chief, making for seven Supreme Court justices in total. These justices can serve up to seven years, before needing to go through the reelection process, or until they reach 70 years of age. Additionally, the municipal court judges serve for three years, before they must be reappointed. 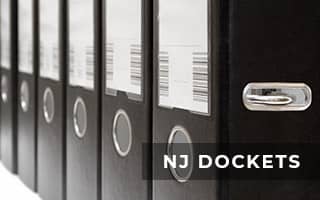 All New Jersey courts operate under the New Jersey Supreme Court, which has say over both administrative and judicial rulings.

The Supreme Court has the power to review the decisions made by the courts in their jurisdiction. This means they can handle cases that other courts don't have jurisdiction over as well. When someone is unhappy with the results of a case, they may appeal to the Supreme Court. In these cases:

Information on court management and file retrieval can be conducted on the website at the New Jersey courts page and the New Jersey Document Retrieval Services page. If you need help finding something on the retrieval site, you can make use of their live chat. There's also a free quote section you may want to fill out.

Which trial courts are in New Jersey?

Any cases involving criminal, civil, and family law are handled in these courts. It is also often called the "trial courts" due to the Superior Court being the main place where trials are held in the state. There is one court in every county in New Jersey, making for 21 of them. Finally, there are about 360 judges who serve in this court.

Tax court is in place to review taxation across the county boards of New Jersey. These boards are in place to determine property taxes. There are 12 total judges who check the decisions of those in charge of state income, business, and sales taxes as well.

In the appeals court, also called the Appellate Division, those who don't agree with the results of their cases can make appeals. The appellate court will review the case and determine whether the ruling was correct.  This system is in place to ensure that the legal system in New Jersey is fair and follows the state and national laws.

There are only two appellate courts in the state. These include the Superior Court and the Supreme Court.

Appellate Division of the Superior Court

In this division, the cases are checked by two or three judges. There are no witnesses or juries in these cases. However, lawyers can make their arguments in the court. The judges ask a variety of questions to ensure that the case was handled fairly. There are a total of 32 judgeswho serve in this division.

After going through the Appellate Division, it is possible for a case to reach the Supreme Court. The court reviews the outcomes and choices made by the lower courts. Then, they decide whether the case was handled fairly.

The judges must interpret any unclear laws or ones that contradict with other laws brought up in the case. The judges also made sure that the proceedings were fair, unbiased, and that all laws were followed.

What are the federal district courts in New Jersey?

In New Jersey, you'll find one federal district court. Both civil and criminal cases can be filed there. This is the United States District Court for the District of New Jersey. It has a total of 17 judicial positions, with 13 current active judges. The jurisdiction includes any cases that fall under federal law in New Jersey. In 2019, about 27,000 cases were filed there.

If you need to know more about a jury appearance, case locating, or e-filing, you can visit the official page. There are some small fees associated with accessing some of the information, but the funds go towards helping the courts run smoothly within the state.

How to find electronic court records in New Jersey?

There are a few different methods that you can use to find public court records for New Jersey court cases. You can always visit the New Jersey courthouse and retrieve these records from the County Clerk's Office. However, you may prefer to find the documents online.

You can visit https://www.njcourts.gov/courts/superior/eap.html, which is a public site for electronic trial documents and other records. You can find a variety of information on the page about retrieving the documents that you need as well. You can also use the New Jersey courts' copies of the court records page.

Overall, it's easy to find the documents that you need in this state. If you need assistance in doing so, make sure that you reach out to the Superior Court Clerk's Office.

Where to find additional information about New Jersey courts?