What types of courts are in New York? 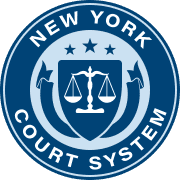 There are three different levels of courts in the state of New York. These include the Supreme Court, the Appellate Divisions of the Supreme Court, and the Court of Appeals. Cases begin in the trial courts. Sometimes, they are asked to make an appeal, where the case then makes its way into the Appellate courts. In New York, the highest level of court is the Court of Appeals. They may over turn some of the decisions made by lower level courts.

There's a total of seven judgeships, with a chief of the court, who is the leader. To get into the court of appeals, potential judges submit applications to the Commission on Judicial Nomination, which consists of 12 unbiased members. Although, the Chief also can appoint officials to certain positions.

In the Supreme Court, the justices receive 14 year long terms. However, they can only serve as a judge until they reach the age of 76. 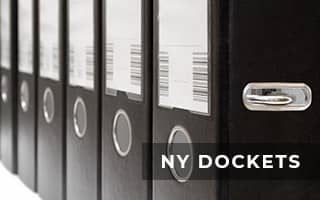 The Court of Appeals is the highest level of court in the state. The court hears cases on appeal bases, although they may sometimes hear from the court of jurisdiction. Many of their cases are to ensure the trial was handled fairly. All other courts respond to the Court of Appeals in New York.

The Appellate Divisions of the Supreme Court can hear appeals of previous civil and criminal cases from lower courts as well. The cases are handled by trial courts, city courts, county courts, and district courts.

Which trial courts are in New York?

There are four main trial courts in New York. These include:

Some of these cases that can't be heard by lower courts include:

The Court of Claims has jurisdiction over money damages against New York, or other state-related organizations.

The New York Family Court is present in every county of New York, as well as New York City. The court has jurisdiction specifically over cases that include children and their families. These cases also can include relatives, juvenile delinquency, foster care placements, paternity determination, family offenses, and child protection.

The Surrogate's Court is available in every county in the State. It includes cases that involve the administration of estates, probate of wills, and other matters that involve the affairs of descendants of a deceased person. They also might include adoption hearings- they share the Jurisdiction with the Family Court.

What are the federal district courts in New York?

The District Courts of New York are located in Nassau County, as well as the five towns in Suffolk County. These courts have jurisdiction over civil cases, which include amounts going up to $15,000. Additionally, they have jurisdiction over various criminal matters, including misdemeanors and less serious offenses.

If the cases fall in jurisdiction of the district courts and the state courts, the plaintiff is able to pick which court they would want to have the trial in. However, the defendant can have some input as well. They can change the case from state to federal, if they would rather have it filed there.

Additionally, the district courts hold jurisdiction over bankruptcy, copyrights, patents, maritime law, and when the federal government needs representation in the case. This could be when they're included as a party in the trial, for instance.

How to find electronic court records in New York?

There are various ways that a person can find the information they need from the state court system of New York. You can always visit the courthouses in person or ask for information at the County Clerk's Office. However, it's usually much easier to access the records on the internet.

You can find Supreme Court cases and records that were e-filed in the NYSCEF (New York State Courts Electronic Filing ) system. You don't need to make an account of the page, unless you want to- you can always browse through the files as a guest.

Many of the courthouses in New York offer help centers, which are located nearby. There, you can find various free legal or procedural information involving the courts. Some of these help centers also have lawyers available who can assist those who do not have access to an attorney.

If you want to find the electronic documents, make sure that you visit the Getting Court Records page. You can also find records from municipal bodies, law enforcement, criminal records, arrest records, and other court records on the New York State Records website. This page is an essential tool for New York state citizens to use. You can use it to gain instant access to just about any public record.

Where to find additional information about New York Courts?