What types of courts are in Oregon? 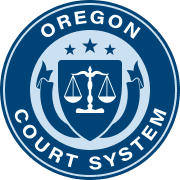 After the Appeals Courts are the various trial courts that make up a majority of the state's judicial system. You will find one in every district within the state.

Overall, there are a variety of courts that make up the judicial system in Oregon. If you want to learn more about them, make sure to continue reading.

How are Oregon court cases managed? 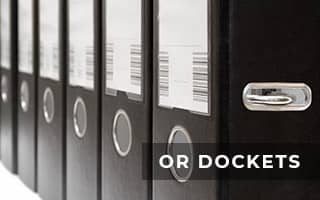 All courts in the state are managed by the local Supreme Court. This is the highest level, which means it keeps all the lower levels in check. They receive appeals from parties who want their cases reviewed, for any reason. The Supreme Court ensures that the trials are processed fairly and that they are also unbiased.

Depending on their decisions and findings, the Supreme Court may have the results of the trial overturned and replaced with a ruling they think is more fair. All judges for all of the court types in the state are chosen during the general elections. All of them also can serve for a six year term, before they need to run again.

If you want to find court records from the state, you have plenty of options. You can always visit the courthouse offices in person, although it's usually more convenient for people to use the online services. We recommend that you check out the Oregon Judicial Branch page to learn more about finding a case record.

Which trial courts are in Oregon?

In Oregon, there are trial courts, which are also referred to as the circuit courts. They can handle a variety of trials, including criminal or civil proceedings. If the outcome of the trial is questionable, involved parties can make an appeal to the Supreme Court of the Court of Appeals.

There are various trial courts, although they're divided by county. They have general jurisdiction and can cover any type of case that makes its way to them. If you have a court coming up in the state, it's likely to be covered by one of these types of courts.

The circuit courts in Oregon can handle a variety of cases using a general jurisdiction. They offer solutions for the following types of cases, which they have jurisdiction over:

The circuit courts are in all of Oregon's counties, which are then divided into 27 judicial districts. The trial courts also are active in various programs across the state, which helps them to resolve various disputes and make decisions. For example, treatment courts handle drug, alcohol, and mental health cases. They provide resources for litigants, who often represent themselves.

If you need to find a specific court in your area, make sure that you use this page. This is an official Oregon website that allows you to browse through the courts that are closest to you. You can break them down even further by searching for various specialty courts.

The tax court is also an essential part of the legal branch in this state. This court system only has jurisdiction over cases that include tax laws and violations. For example, budgets, tax limits, and tax appeal cases are all covered by this court. Tax violations are also covered by this type of court in Oregon.

The court has two different sections- the magistrate and regular divisions. Depending on your location and circumstances, you'll be assigned one of these tax courts. There are three judges sitting on a panel. Each of them is previously chosen to represent the local laws and ordinances.

What are the federal district courts in Oregon?

In the state of Oregon, there is only one federal district court. There are corresponding courthouses in Portland, Medford, Pendleton, and Eugene. These courts have at least one judge, who is chosen by the president and appointed by the Senate. District courts handle these trials in the federal system, instead of in the state system. They can be either civil or criminal.

The jurisdiction for these courts stems from federal law. Often, there is a suit against the government or government identity. There can also be federal violations that the court needs to resolve. If you want to make an appeal to the federal level, it would not go to the state Supreme courts.

How to find electronic Court Records in Oregon?

You can gain instant access to state, county, and municipal records online at State REcords Oregon.This method is easier than trying to find the physical copies at your local courthouse- you can do everything from your home. Many people appreciate the convenience of using this method.

Keep in mind that you may still need to pay a small fee to the site. However, it should be only a handful of dollars to access the information. You can also use the OJD Records and Calendar Search to find out more information about what's happening with the courts in the state.

Where to find additional information about Oregon Courts?