Breaking the law generally leads to an arrest, resulting in a prison sentence. This sentence ranges from a few weeks to a few years, depending on the crime.

After spending time behind bars, people can change. Many prisoners make an effort to alter specific bad habits or behaviors while incarcerated. Some even adjust their attitude and outlook on life. This is where parole comes into effect. 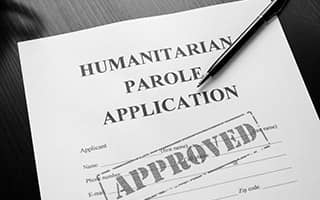 Parole, otherwise known as conditional release, is an early release of a prisoner who agrees to abide by certain conditions. A parolee (the prisoner) gets out from behind bars but must now live up to several responsibilities while serving their sentence.

Prisoners only get parole for less severe sentences. The parole board decides who is eligible for parole. The committee closely considers the risk that the prisoner poses to the community.

During parole, offenders receive the opportunity to reintegrate into society under the supervision of a parole officer. Parole officers assist and monitor parolees as they adjust to their newfound freedom. Finding employment and dealing with substance abuse are a few ways to help parolees.

The parole board may also impose special conditions in certain circumstances. These may include abstaining from drugs or alcohol to counseling or staying away from certain people. If the offender breaches these conditions, they may have to go back to prison.

What Are the Different Types of Parole?

There are five main ways prisoners leave incarceration before their sentence. These include:

Full parole provides an inmate with the most amount of freedom possible. They're able to return home indefinitely and serve the remainder of their sentence within society. They're required to report to a parole officer regularly and inform them of any changes in their personal lives.

Day parole allows inmates to leave the prison during daytime hours to work and participate in community-based activities. Inmates must return to prison or a halfway house each night. They can see family, participate in rehabilitation programs, attend community service, or attend medical appointments.

The superintendent of the police force is in charge of granting Emergency Parole. The parolee gets emergency parole for one of two conditions: with or without a police escort.

Without a police escort, the parolee must report daily to the local police station. The prisoner bears the expense of the police escort before their release on parole.

This is the most restricted type of temporary release and is not considered parole. Temporary absences mean a prisoner gets out temporarily for only a certain amount of hours every month. This is dependent on the type of prison in which the inmate stays.

This type of release is for certain inmates for reasons that involve:

This release is a right given to certain inmates who have served at least two-thirds of their sentence. However, offenders can return to custody if they violate their conditions or present a risk to the public. 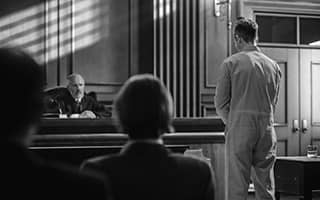 Additional conditions apply to specific cases if the Parole Board deems it necessary. These conditions include:

If offenders have their parole dismissed, they can apply to the court for a new non-parole period. The Parole Board reviews each breach and can cancel the parole or impose other conditions.

How is Parole Filed?

The prisoner usually comes to the attention of the parole board as they near the end of their minimum sentence imposed by the court. The procedure for obtaining parole is as follows:

In some states, additional authorities are involved:

Parole is an opportunity for inmates to change how they engage in society. The provisions of parole are not very well-known by the public and are quite cumbersome. Parole enables inmates an opportunity to maintain their social relations. This helps them smoothly integrate back into society after serving their prison sentence.