What types of courts are in Pennsylvania? 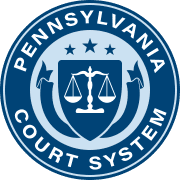 The state of Pennsylvania has several different types of courts, organized into trial courts, Superior Court, and State Supreme Court. On the federal level, they have three total, all of which hear both criminal and civil cases that deal with federal law. The trial courts are courts found in all districts, with jurisdiction in hearing both civil and criminal cases.

The Supreme Court is the final limb of the law, taking on appeals, ensuring that courts are acting lawfully, and overseeing cases where attorneys and judges are being questioned. All of the courts work together to keep the state abiding by the law on both state and federal levels. While some of the judges are appointed, others are elected within the state, selected to uphold the law in the court in which they are elected for.

How are court cases in Pennsylvania managed? 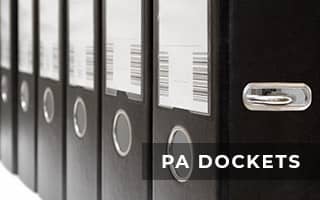 Apart from the Supreme Court, there is also the Superior Court, which acts as the immediate appellate court. All cases that are up for appeal whether criminal or civil are all heard by the Superior Court. There are 14 total judges at the moment that sit on the court, each of them elected into position. Both state and district attorneys have to work with Superior Courts to determine wiretapping applications as well, making them a high authoritative figure in the Pennsylvania court system.

Which trial courts are in Pennsylvania?

The Court of Common Pleas in Pennsylvania holds jurisdiction in 60 districts. The cases that this court deals with are both misdemeanors and felonies, as well as minor offenses. This court also deals with Orphan's Court matters and even family law, hearing cases such as custody and divorce. The Court of Common Pleas often takes precedent over other courts, though some districts will present cases under the supervision of the Common Court of Pleas.

Magisterial Districts are considered minor courts in the state of Pennsylvania, hearing only small claims. Some examples of the cases heard in this court include disputes between landlords and tenants as well as traffic cases and very minor criminal cases.

Most of the time, Magisterial Districts only hear cases where there are less than $500 in fines and less than 30 days total jail time. All of the other cases are pushed to the municipal courts of Common Pleas courts.

The Municipal Court of Pennsylvania deals with minor charges and crimes that violate the municipal ordinances in the state. Some examples of the types of cases heard in the courts include minor offenses that do not result in more than $500 in fines. This could be violations of trespassing laws, interfering with authorities, and even possession of illegal substances.

What are the federal district courts in Pennsylvania?

The state of Pennsylvania has a total of three federal district courts, which include:

How to find electronic court records in Pennsylvania?

Court records in Pennsylvania are considered open to the public unless they are sealed. In that case, only those involved in the case or with special permission can request access. Most cases that involve a minor or a senior that is under supervision are not open to the public, as well as other cases that may put an individual or the state in jeopardy.

For those that are open to the public, there are a few ways that individuals can get ahold of them, including electronically via the Unified Judicial System of Pennsylvania Web Portal. Those interested can also visit the court in which the case was heard, visiting the clerk's office to find the record they are searching for.

Where to find additional information about Pennsylvania courts?