What Is a Police Report? 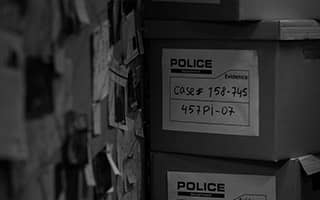 A police report is an official record written by police officers. It's an official document that describes an event, incident, or crime (or relevant additional information).

A police report opens investigations into the reported incident or crime and allows the police to take the appropriate action. It usually contains accurate, detailed, and informative facts of an incident or crime to serve various purposes.

What Is the Purpose of a Police Report?

These reports serve various purposes. These include:

Tracking down, arresting, and prosecuting suspects

A police report can prove quite helpful to locate the perpetrator of a particular crime. A victim of a crime can file a police report. Even in the case of a non-emergency, one can still file a report for minor offenses and general police assistance.

Police reports are usually the starting point of an investigation. As earlier discussed, these reports describe a crime or an incident to provide accurate and detailed information about the situation. Most of the time, it's a victim of a crime who will report the incident to the police, but sometimes it can be a witness too.

Police officers prepare police reports to kick start an investigation. Usually, law enforcement can use this to conduct further investigations. Also, the district attorney can use it when they charge a suspect with a particular crime. Police reports are an essential criminal justice tool.

Effective police work usually entails creating some sort of record. This can be anything from a single-line entry about a minor incident to a lengthy and detailed document explaining a crime. It's a requirement for police officers to accurately record information about a crime so that all people who weren't present can access all the case facts.

Not all police reports lodged to a police officer will result in an arrest or a conviction. Tracking down and prosecuting suspects is just one purpose of a police report.

Police reports can also be helpful evidence for when the police catch the suspect and take them to court. Even if the police don't find the suspect, the victim of the crime still needs some sort of document which shows what happened.

For example, if there's a hit and run, a police report can help claim insurance for damage to the car or medical care for anyone who gets hurt. The police report can also be helpful when the district attorney takes the offender to court, and it can serve as evidence.

Information for the general public

For example, if there are many reports of house break-ins in a particular area, law enforcement can warn the residents of the trend and ask them to take the necessary security measures. Police officers can also patrol the site often.

Serves as a public record

Police reports can also serve as a public record. Anyone looking for information about a particular crime or incident can refer to these statements as they contain detailed and accurate information. However, not all the information recorded in police reports is legally available to the general public. One may need special permission to get a hold of these records.

What Are the Different Types of Police Reports? 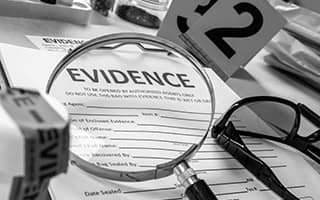 The various types of police reports include:

These are also known as incident reports. They give insight into what happens when there's a crime without someone actually seeing it. Police create these reports for criminal offenses like theft, vandalism, assault and battery, and even serious crimes like homicides.

These reports usually contain arrest records and other information concerning a crime. A crime report contains five separate parts. The first is a heading that details what the document is about. It also has an introduction that states the report's subject and the body that describes what is reported.

Finally, the report has a statement at the end that summarizes the points made in the body and recommends what the police officer feels should be the next course of action according to state ordinances.

Victims of financial crime such as theft of funds from a debit card, identity theft, stolen or lost property, and much more can also file crime reports.

A police administrative report accounts for an incident, crime, violation, unprofessional behavior, or misconduct by a personnel member. It gives comprehensive information that allows the police to take administrative action in response to the incident.

Unlike a criminal report, it helps investigate administrative misconduct, unprofessional conduct of an officer, and any other matter. It allows police administration to make a decision. This report can result in 5 possible findings:

Usually, traffic police reports document the facts of a traffic violation. Some of the offenses that may warrant a traffic report include speeding, driving with an invalid license, fleeing the scene of an accident, and more.

Usually, this report contains information like the offender's name and phone number, the offense committed, the make and model of the vehicle, the license plate number, and the vehicle identification number.

Also known as a crash report, an accident report records all the details of an accident. This includes

These police reports apply to victims of domestic abuse and violence. The document will outline the incidents of this kind of abuse and any other additional information.

Where Can Police Report Records Be Found?

Not all police report records are available online. This is because the details in the reports may be crucial and on a need-to-know basis. An online police report doesn't contain sensitive information.

Also, police records aren't part of the court system and are, therefore, kept at police departments. So how can one make records requests for these records?