What is a Pretrial Service? 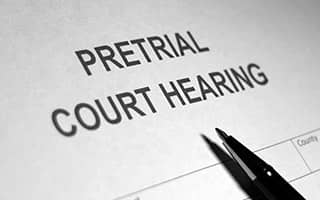 Pretrial services are programs that consist of officers helping cases get ready for court. Its primary responsibility is to assess a defendant's risk, suggest terms for release, and supervise defendants freed before trial.

What Do Pretrial Services Programs Do?

Pretrial services programs play or may play a significant part in the proper administration of criminal justice. While the obligations of pretrial services vary by jurisdiction, they always provide two essential basic functions:

Both tasks are necessary for a judicial decision-making process that strives to balance two fundamental social values: individual liberty and public safety. The decision to retain or release a defendant, and the amount of monitoring offered, have significant impacts on both the community and the defendant. It also impacts society's ability to achieve fair justice under the law.

What are Pretrial Services Procedures? 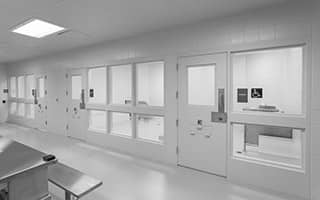 Because pretrial services programs play or can play an essential role in the early phases of criminal case processing, it is critical to understand their functions in the pretrial release or detention decision procedure.

The following covers crucial roles in the procedure:

Police officers write incident reports and other documentation detailing the arrest or charge. Generally, the arresting officer or prison authorities fingerprint the arrested individual and check for past criminal records. Usually, the police agency submits the incident report and any previous record information to the prosecutor for additional consideration.

The prosecutor determines whether or not to press charges against the arrested person. His roles are to prepare a formal charging document (complaint or information) and submit it to the court clerk.

During the first court appearance, the prosecutor usually gives the judge information about the defendant's criminal history, other pending cases, victim status, the state's assessment of how intense the situation is, and a recommendation for detention or release. It is also a standard time for bonds to form.

Whether hired or assigned by the court, the defense lawyer interviews the defendant as quickly as feasible. The defense counsel will argue for the defendant's least limited release in court. But in many places, the defendant does not have a lawyer with them at their first court appearance, which is when the judge decides whether or not to let them go free.

Before a judge, magistrate, commissioner, or hearing officer makes the first decision about pretrial release or detention, prosecutors and defense attorneys should have a chance to say what they think.

While making this decision, judicial officers have concerns about two forms of risk: flight or nonappearance for planned court appearances and public safety. In analyzing these risks, judges often consider four factors:

The pretrial services program community compiles and provides data on the defendant's flight risk and public safety. In certain jurisdictions, the program is also responsible for giving information on supervised release choices, performing mental health or drug screenings, and reporting the findings to the court.

Depending on the program, many also analyze known risk indicators and suggest appropriate release choices.

Many jurisdictions still utilize bail bonds to determine release or detention. Bondsmen or bail agents determine whether to provide the defendant bail after finalizing the bail sum. They also decide on the fee and collateral requirements.

For newly arrested defendants, pretrial services programs should gather and give the following information:

Apart from defendant information, pretrial services programs should acquire and disclose information on potential supervisory alternatives to the court.

Defendants are the best sources of knowledge. Pretrial services officers should interrogate them immediately after an arrest to acquire and verify vital information before the defendant's initial court appearance.

When interviewing defendants, personnel from the pretrial services program should explain the purpose of the interview, the agency's neutrality, the needed information, its use, and that the defendant's participation is optional.

Getting Information from Other Sources and Verification

Other sources, such as the pretrial services program's records of prior cases involving the same defendant, other criminal justice agencies, motor vehicle departments, the defendant's family members, and employer, can deliver information about the defendant and verify information provided in interviews.

If there's unconfirmed information, the program's court report should indicate this.

The pretrial services program should examine the risks of nonappearance and dangerousness. The risk assessment informs suggestions on release conditions and the deployment of supervisory measures.

Here are the five examples of organizational structures for pretrial services programs:

The agency currently has 220 employees spread over 60 locations, servicing a four million-person state. The Administrative Office of the Courts of Kentucky oversees the agency. Every year, staff interview over 180,000 defendants, or 84% of all arrestees.

They conduct interviews all day and night in Louisville, Lexington, and the Kentucky suburbs of Cincinnati. Interviewers work 16–20 hours in smaller towns and are always on call in rural areas.

The agency's almost 170 employees work around the clock. In addition to the top judges of the Federal and district appellate and trial courts, the director reports to the U.S. Attorney, the Public Defender, and the District Court Services and Offender Services Agency director.

Monroe County has a rural pretrial services program to address increasing caseloads and jail congestion. From the southernmost point of the mainland to Key West, Monroe County encompasses the Florida Keys and a substantial chunk of Everglades National Park.

Its pretrial services program employs nine staff in three offices: Key West, the detention facility, and two other towns (Plantation Key and Marathon) with a courtroom and a jail.

The program conducts around 3,300 interviews every year and supervises approximately 650 non-financial defendants. The program director reports to the 16th Judicial Circuit court administrator.

The agency now employs 48 staff and covers Phoenix and its surrounding county, growing by over a million people since 1985. Staff interview inmates at the Madison Street Jail in Phoenix's Central Intake Unit.

The program's headquarters site and five satellite police lockups use two-way video teleconferencing to conduct 60% of their interviews. It immediately enters the program's computer system of the defendant's criminal history and prior compliance with release terms.

Where to Find Pretrial Service Records?

You can't access pretrial service records since it is confidential under its governing laws.

Pretrial services information on an accused is secret and solely utilized to determine bail. Only the justice system practitioners can access and use the pretrial service records.