What types of courts are in South Dakota? 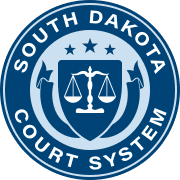 South Dakota has a relatively simple court system and only has two trial courts with one level of appellate court. The most minor of criminal offenses and civil cases will be heard at the lowest level of trial courts, the magistrate courts. These courts can often handle most civil cases and misdemeanors that have an amount in question of $12,000 or less.

In the case of more serious criminal offenses like felonies being filed or for more serious misdemeanors, and civil cases with amounts in question of more than $12,000 the case is heard and presided over by the respective circuit court. The decisions handed down by the circuit courts can only be appealed to the state supreme court, whose decisions are final and binding with all lower courts in the state. 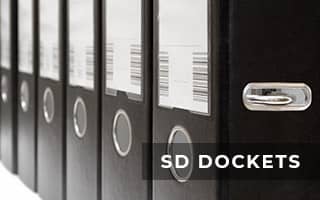 Cases are managed by rules and procedures set forth by the South Dakota Supreme Court. In most situations, the cases are presided over by the lowest court that is permitted jurisdiction over the charges or case filing. In most cases this will be the circuit court for the location where the case was filed, however, in the case of some minor infractions and small claims cases, they may be assigned to a magistrate court. There is no intermediate level appellate court in South Dakota, but decisions from the magistrate are appealed to the circuit court. Decisions from the circuit courts that are challenged will appeal to the supreme court.

Which courts are in South Dakota?

South Dakota Magistrate Courts are given limited jurisdiction over minor criminal and civil cases in the 7 judicial circuits that make up the state. Their main function is to help dispose of cases that would overburden the circuit courts, and to help provide an easy access point for members of the public who need services of the court. The cases that magistrates are given jurisdiction over are mainly minor cases and preliminary processes for more serious crimes.

Magistrate courts in South Dakota can be presided over by either a magistrate judge or a clerk magistrate, each of which have varying levels of authority and jurisdiction. The clerks, while not attorneys, do receive special training, and they are there to ensure that cases and tasks that can be handled expeditiously, are. Both magistrate judges and clerk magistrates.

The magistrate courts are able to preside over preliminary criminal hearings, misdemeanor criminal trials, civil actions & small claims that do not exceed $12,000, receiving depositions, the issuance of warrants, bail hearings, appoint counsel, perform marriages, and more. There are only 15 Magistrate Judges in the state, presiding over 5 judicial districts.

South Dakota Circuit Courts are the main trial courts in the state. The state is divided into 7 judicial circuits which are all presided over by their respective Presiding Judge as well as 36 additional Circuit Court Judges who are each elected by voters in the circuit they will serve.

The South Dakota Supreme Court is the highest level of court in the state of South Dakota, and it is composed of 5 total justices, 4 associate justices and a single chief justice. The state is divided into just 5 districts for the purposes of Supreme Court justice election, and three years into their term they face a retention election, after that the retention elections are held every 8 years.

The South Dakota Supreme Court is the highest appellate body in the state, being tasked with the appeals to decisions made in the circuit courts. They can also issue a variety of remedial writs and serve as the governor's counsel concerning executive powers. The supreme court is also the administrator for the entire state court system, being the sole source of regulation for court procedure, bar admissions, and any discipline that may be needed for bar members.

What are the federal district courts in South Dakota?

How to find electronic court records in South Dakota?

South Dakota court records are relatively easy to find, compared to many other states. The simplification is frequently attributed to the unified judicial system that keeps the records and the information easily accessible to those who seek them. South Dakota has a very consolidated records access system with most records and filings able to be found through state-level sources.

The South Dakota Unified Judicial System includes a built in record search that will help most people find what they need. There is also the eCourts site for South Dakota, which has images of many public documents that have been filed in court cases throughout. There are also additional resources for court events and a court calendar that are maintained by the state.

Where to find additional information about South Dakota courts?