What is a State Court? 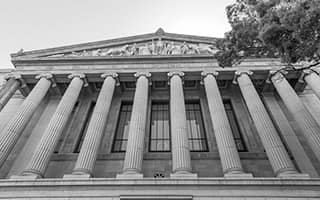 A state court has broad jurisdiction over the state's territory. It administers the state constitution and laws.

The state's constitution and laws govern the state courts' organization. The Supreme Court of a state is usually the highest, and its rulings bind all other state courts.

Some states offer an intermediate level of appeals. Also, states have courts that solely deal with specific issues, such as family courts. Meanwhile, a party unsatisfied with a trial court decision may appeal to the state's appellate court.

What Types of Cases are Handled by State Courts?

Many individuals know that courts assist legislators in determining and interpreting laws. Furthermore, most are unaware that state courts, not federal courts, determine most cases. If you feel you need to bring a lawsuit, you will likely need to do it in a state court.

Almost 90% of all cases handled in American courts are state-level proceedings. Some examples include:

As long as the issue is above $75,000, cases involving citizens of two states may move to federal court. Federal courts can also consider claims involving land grants from separate states or across states. States may sue one other for several reasons, typically for land or water rights. States can bypass the trial court and appeal to the Supreme Court in this case.

While every state is different, most have "special jurisdiction courts" that exclusively handle specific cases. Special courts can exclusively handle traffic cases or cases involving minors. There are special housing courts that handle landlord-tenant cases and family courts that hear divorce and custody cases. Every state has "probate courts" that deal with wills, inheritances, and custody arrangements when a caregiver becomes incapable.

The most prominent special jurisdiction court is the "small claims court", which considers modest amounts of cases. Several jurisdictions have simplified minor claims court procedures to resolve these cases promptly and without a lawyer. You can find out how to file a small claims action in your state.

General jurisdiction courts handle all other cases. It includes personal harm cases, such as medical malpractice or vehicle accidents, real estate disputes, or corporate litigation. It also encompasses more severe or uncommon offenses for which no special court exists.

What are State Court Procedures? 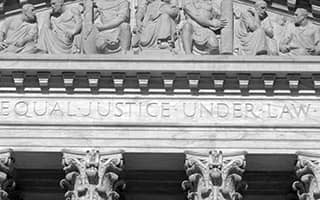 Most states have general trial courts, appeals courts, and a supreme court.

Magistrate or police courts are terms used to describe these lower courts. Also, they elect their judges.

Most states have small claims courts for cases under $5,000 where attorneys are unnecessary. The judge hears both sides of the argument and decides.

Sometimes a person feels a trial court did not treat their case fairly. The person may appeal the judgment to an appeals court or intermediate court of appeals. An appeal asks another court to hear the matter. It's common for an appeal to assume that the defendant didn't get a fair trial during the trial.

Appeals courts lack juries. Instead, appeals court judges review the lower court's trial record and hear arguments from both parties. If the appeals court verdict is not satisfactory, the petitioner can appeal to the state supreme court.

Most states have their supreme court.

Those in favor of electing judges believe that elections hold judges accountable to those they influence. Opponents of elected judges claim the governor can appoint political allies or friends as judges.

Those opposed to judicial judges believe that judges should make verdicts based on the facts and the law, not what voters want. Appointed judges choose judges depending on their competence.

The Missouri Plan is a way of choosing judges used in several states. A panel of judges, attorneys, and citizens select competent judges. The governor chooses a judge, and the judge must then face the electors again.

Statute law sets state court judicial terminology. The majority of states compel judges for re-election at the end of their terms. Voters can re-elect or replace the judge, and most states have procedures for impeachment or recalling judges.

What are the Differences Between Federal and State Courts?

Here are the key differences between federal and state courts.

Some of the constitution's authors worried that the federal courts would jeopardize state and national sovereignty. So the founders created a federal judicial system that only hears cases in rare instances, called "limited jurisdiction". State courts handle most cases because federal courts can only hear certain types of these.

Where to Find State Court Records?

The online availability of docket information and supporting pleadings vary significantly by state and court. If a state court makes dockets and pleadings accessible online, there will be a link or button on the front page for "Case Information" or "Online Case Search".

Ask the court or the lawyers for the docket sheet if it doesn't work.

Bloomberg Law and Westlaw are the most popular. You can use these services to cover all courts.

Click "Dockets" under "Research Tools", and search dockets appear on the homepage. After retrieving a docket sheet, click the "Update Docket" link above it. To see changes made to the docket since the previous update, click "Update Docket" and then "Submit". To see the findings of the revised docket, go to your Bloomberg email inbox.

By choosing View, you can retrieve previously posted papers to Bloomberg. By clicking the request button, you can obtain previously unpublished documents. You can then verify the results in your Bloomberg email inbox.

If the document is not accessible, you will get a link to it. The email will say, "The document you requested needs a courier to get".

Westlaw offers dockets for state courts; however, coverage varies by jurisdiction. Also, note that some states only provide civil materials.

To see state docket databases on Westlaw, go to Dockets then Dockets by State. Westlaw dockets feature a case overview and a list of filings. In some instances, docket sheet entries include links to PDFs of documents that are freely accessible.

In Westlaw's universal search box, enter "dockets". You can search all courts on the Dockets page or just a few.