What is a Subpoena? 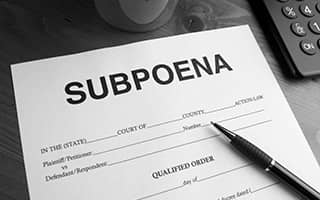 A subpoena is a legal document order issued by the supreme court. It requests either the production of documents, a court appearance, or other legal proceedings. It is a court order that requires someone to testify or present information that may help shed light on issues in a pending criminal case. Individuals can also use this legal process in a civil case.

According to state law, one must deliver a subpoena in person. In some cases, this is done by one of the parties or by anyone over 18.

When someone receives a subpoena to appear in court, they will often receive an attendance fee and transportation costs. These costs come from the pocket of the person who delivered that notice.

What Differentiates a Subpoena From a Summons?

A subpoena and a summons are similar since they both give notice about a court proceeding. What causes most people to think they are the same thing is that people consider both a demand from the court.

But, while a summons marks the beginning of a court case, a subpoena comes after commencement of the case and legally requires the person who receives it to take the steps included therein.

As earlier discussed, a subpoena is a court order requiring a person to go to court for a deposition or provide evidence or documents. On the other hand, a summons, also known as a citation, is the official notice. The court issues it to the person the plaintiff is suing, requiring them to appear in court for civil or criminal cases.

The difference between a subpoena and a summons include:

New York Attorney General Letitia James issued a real-life example of subpoenas to former president Donald Trump. Also receiving subpoenas were his two children, Donald Trump Jr., and Ivanka Trump. New York state Attorney General Leticia James' office said in the filing that it was seeking testimony and documents from the three in connection with an investigation into the valuation of properties owned and controlled by former president Donald Trump and the Trump Organization.

What are the Different Types of Subpoenas? 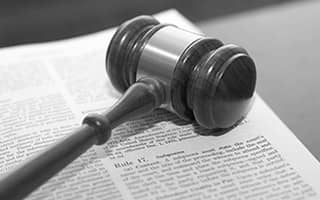 There are three main subpoena forms. The production of documents each serves its unique purpose.

Compliance is also achieved through mailing or sending records via email. If arranged in advance, one could provide documents at a specified date without an in-person appearance as per their constitutional rights.

In this type of subpoena, the documents and testimonies requested are part of the "discovery process"  and are not used in the actual court hearing.

What are the Reasons for Issuing a Subpoena?

The issuance of a subpoena can happen for the following different reasons:

What are Some Common Subpoena Requests?

Some of the most common requests for a subpoena include:

What is The Subpoena Process?

To subpoena documents or request evidence from someone, one should:

How are Subpoenas Used?

According to state and federal civil or criminal procedural laws, subpoenas offer attorneys a chance to gain information to help prove or disprove their clients' cases.

Criminal attorneys use subpoenas to obtain witness or lay opinion testimony from a third party. This helps to prove someone's guilt or innocence at trial. Civil attorneys subpoena individuals to get information that may help settle someone's claim.

Who Can Issue Subpoenas?

An attorney can issue a subpoena on behalf of the court, court clerk, notary public, or justice of the peace.

If a high-level government official receives a subpoena, an administrative law judge must sign it. In some cases, someone who doesn't have a law degree may issue this legal process if acting on their behalf.

How is a Subpoena Served?

After an attorney requests a subpoena, a court clerk, notary public, or justice of the peace issues it. This legal service can happen as soon as it's received. It happens in one of the following ways:

How Should Someone Respond To A Subpoena?

Firstly, a person served with a subpoena has to acknowledge it. Failure to respond is often considered contempt of court in most states.

The next step would be to read through the subpoena to determine what is requested, who needs to appear in court, and why they are required. Service requests for documents and other items are very detailed and specific. It is essential to ensure the safety of these documents.

Lastly, the person receiving the subpoena should note who is requesting the information and the purpose of the data. This can help them adequately prepare for any testimony at trial or other proceedings.

A person who receives a subpoena should consult an attorney who can answer their questions or assist them if they need more time to gather information.

What Happens if a Subpoena is Ignored?

Someone who receives a subpoena but fails to comply with its terms may be subject to civil or criminal penalties. This includes fines, jail time, or both.

The federal court will hold a hearing where the party charged with noncompliance has an opportunity to spell out their side of the story. The court then has broad discretion to determine the appropriate punishment given the circumstances.

In extreme cases, the grand jury process is involved. In most cases, the court determines the appropriateness of withholding any documents under a claim of privilege.