What is a Superior Court? 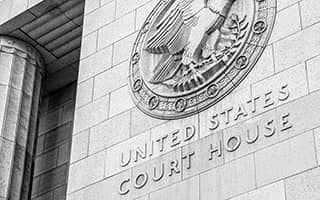 Superior Court is a general-jurisdiction court between subordinate courts like justice of the peace courts and higher appellate courts.

What Types of Cases are Handled by Superior Courts?

Note that the types of cases vary from state and state. But generally, the Superior Court has jurisdiction over juvenile, family, civil, and criminal cases.

Juvenile Division is a subsection of the Superior Court that protects the rights of minors, family relationships, and confidentiality.

All juvenile cases include either the minor child's care or the youngster's behavior.

The Family Division hears cases about juveniles and their relationships with their families. Typical cases include:

The Civil Division considers cases where civil, personal, or property rights are at stake. Typical examples of typical situations are:

In most civil lawsuits, the plaintiff seeks monetary damages (judgment or award) from the defendant (the defendant). Depending on the claim and the parties' preferences, a judge, jury, or non-judicial body can decide a case.

The Criminal Division considers cases where the state prosecutes an alleged lawbreaker (the defendant). An attorney for the state speaks for the state.

Depending on the gravity of the crime, three types of criminal cases exist:

Except for the most severe crimes, all criminal cases in the state occur in local courts.

What are Superior Court Procedures? 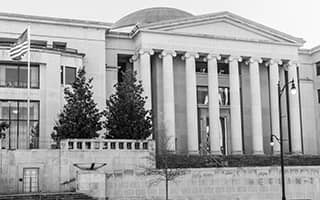 How does a case progress through the Superior Court system?

Criminal cases include conduct banned by law and penalized by probation, fines, jail, or death. The prosecutor charges a person with committing a crime on behalf of the state, county, or city. Accused criminals are defendants. The judge safeguards the defendant's rights and the Constitutional and statutory rights of crime victims.

A law enforcement officer arrests a person when they observe a crime or have a reasonable suspicion they committed a crime. An arrested person must appear in court within 24 hours or be released.

The court establishes the defendant's identity and residence, charges, and right to stay quiet and counsel at the first appearance. The judge assigns counsel to the defendant who cannot afford one and determines the terms of his release.

The judge hears evidence and testimony from prosecution and defense witnesses during a preliminary hearing. If the judge believes there is enough evidence to suspect that the defendant committed the offense, the defendant proceeds for trial in superior court with a regular arraignment date.

In court, the defendant pleads guilty, not guilty, or no contest (nolo contendere). Upon a not guilty plea, the court sets a trial date. The court will establish a sentencing date upon a guilty plea or no contest.

The defendant is subject to a trial where a jury or judge decides guilt. Each party makes an opening statement as the trial begins. A criminal case's prosecutor speaks first.

The prosecutor presents the outlines of the facts. The defense counsel can make the same opening statement or wait until later in the trial to begin. Either lawyer can forgo an opening remark.

Prosecutor calls witnesses and interviews them to begin a case.

In all trials, witnesses swear or affirm. All trial evidence, including testimony and tangible evidence like papers, firearms, or clothes, must be admissible under the state rules of evidence before being given to the jury. A judge determines what evidence and testimony are admissible.

After the defendant's case, the prosecution may introduce rebuttal evidence. After that, the defense presents further evidence for the defendant.

Each party can make closing arguments after presenting all evidence. Closing arguments, like opening statements, provide lawyers one last chance to speak to the judge or jury.

The jury chooses a foreperson in a designated jury chamber.

Jurors must analyze all the evidence and facts and make a judgment. The court reconvenes after the jury delivers its verdict.

The foreman gives the judge a written verdict, and the judge or court clerk reads it to the court. The court enters a verdict-based decision and releases the jury. For unconvicted defendants, they will get a prompt release. If convicted, a sentence is pending.

Most states have set a range of punishments for certain offenses, and the court must impose one within that range.

The possibilities include probation, penalties, prison, or a combination. In some circumstances, the death sentence is conceivable. A jury, not a judge, must determine whether the offender gets the death sentence.

A convict may file an appeal. The Supreme Court gets an automatic request when a convict receives a death sentence. All criminal appeals go to the Court of Appeals.

Civil cases include individual, business, corporation, or partnership disputes. Individuals may also sue a government entity such as a state, county, or city in civil court.

In a civil action, the plaintiff sues the defendant.

A civil case follows these steps:

What is the Difference Between Superior Court and District Court?

The district court (trial courts) are also called "superior courts in California". But in most states, these are different.

The District Court handles offenses with a maximum of 2.5  years in prison.

The Superior Court handles all offenses and significant criminal cases. Superior Court judges can sentence defendants to life in a house of corrections or state prison.

Where to Find Superior Court Records?

The availability of court documents varies significantly across jurisdictions. Some courts release recent court records for free online. Other courts give no internet access to dockets or court papers.

However, most of the time:

The court's website will enable you to purchase online papers and inform you how to buy printed ones in the courtroom.

For most states, the PACER (Public Access to Court Electronic Records) system of the federal courts makes accessible for a charge the latest federal dockets and court records, including the superior court. But Bloomberg will obtain PACER papers at no cost for law students and academic members.

Note that California state courts don't use PACER. Instead, check individual court websites for dockets and court records. You can view dockets for Los Angeles (LA) Superior Court cases for free if you know the docket number.

Also, using the docket number, you can get free copies of LA Superior Court dockets from the court's website. There are cases about civil law, small claims, family law, and probate.