What is a Supreme Court? 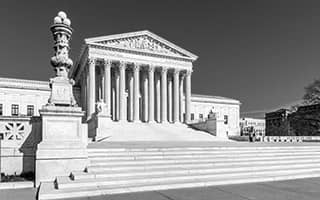 The Supreme Court is the highest among various courts in several legal jurisdictions. Other names for such courts are apex court and highest (or last) court of appeal. Generally speaking, the judgments of a supreme court are not amenable to further review by another court.

What Types of Cases are Handled by Supreme Courts?

Most cases before the U.S. Supreme Court are appeals from lower federal or state appeals courts. However, a few critical cases can go straight to the Supreme Court because it has "original jurisdiction" over them.

Since the Supreme Court has "original jurisdiction", it is the first and last court to hear a case.

It has original jurisdiction over the following circumstances:

What are Supreme Court Procedures? 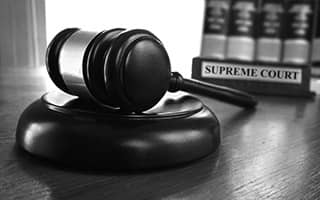 Here are more details about the U.S. Supreme Court and its standard procedures:

Various Congressional Acts have changed the number of Supreme Court seats from five to ten throughout the years. After the Civil War, the Court had only nine members. The Supreme Court now has one Chief Justice and eight Associate Justices.

The President appoints, and the Senate confirms all federal judges. They usually serve life terms.

Justices can't have their pay cut while they are in office. This limitation protects the judiciary's independence from the political branches.

In this case, the Supreme Court had to decide if a law passed by Congress or the Constitution was the most critical law in the country.

The Judiciary Act of 1789 provided the Supreme Court the power to issue writs of mandamus for the first time. This Act was the foundation of a lawsuit, but the Supreme Court ruled that the Constitution did not provide its original jurisdiction in this case.

Before the Fourteenth Amendment's adoption in 1869, only the federal government had to abide by the Bill of Rights' regulations. After the Amendment became law, the Supreme Court ruled that much of it applied to the states. In other words, only the Supreme Court can judge whether or not the Constitution violates or protects a right.

The Court usually only hears some cases if they have national relevance, might reconcile conflicting federal Circuit rulings, or potentially set a precedent.

The Court only accepts 100-150 of the 7,000+ cases it receives each year. Typically, the Court considers cases determined by a federal appeals court or a state's highest Court (if a state court determined a constitutional issue).

Supreme Court regulations are different. To accept a case, four of the nine Justices must vote. A stay of execution requires five votes from the nine justices. In some cases, one Justice may issue a stay pending full Court review.

Per term, each Justice can have three to four legal clerks. These are recent law school graduates, usually at the top of their class from the finest institutions. They often spent a year or more as a federal judge's legal clerk. They undertake legal research to help Justices decide which cases to accept, prepare questions for oral arguments, and help formulate decisions.

While each Justice has the authority to evaluate each certiorari petition individually, many participate in a "cert pool". The cert pool is a system used by the U.S. Supreme Court to handle the flood of certiorari ("cert") applications.

The participating Justices divide the weekly certiorari petitions and assign their petitions to their legal clerks. The legal clerks study the petitions given to them, prepare a short note summarizing the matter, and propose acceptance or rejection. During a Justices' Conference, the Justice presents these memoranda and recommendations.

If the Justices agree to hear a case, they add it to the docket. The petitioner has a specified amount of time to submit a brief, not to exceed 50 pages, presenting their legal position on the matter granted review by the Supreme Court. Following the petitioner's submission of the brief, the respondent has a certain amount of time to file a response brief.

The petitioner and respondent may submit shorter papers responding to the other party's argument following the original petitions.

The U.S. Government, represented by the Solicitor General, can submit a brief on behalf of the U.S. Government. Interested parties may submit an amicus curiae ("friend of the court") brief with the Court's permission.

Oral arguments allow each party roughly 30 minutes to deliver their case. The petitioner speaks first, then the respondent. The petitioner expresses last if to conserve time for rebuttal. After everyone has taken their seats, the Chief Justice calls the petitioner's lawyer to the platform.

Justices frequently question each speaker. Student Justices do not ask questions during the first two minutes of each side's argument in courtroom or classroom simulations to soothe student lawyers. The student attorney at the podium shall finish the case when the student Marshal displays the STOP card.

Following the certiorari petitions, the Justices discuss the cases heard since their previous Conference. According to the Supreme Court procedure, all Justices may express their opinions on the matter and ask questions or express concerns. The Chief Justice speaks first, followed by each Justice in order of seniority, culminating with the most junior Justice—the one with the fewest years on the Court.

A Justice who agrees with the case's conclusion but not the majority's reasoning may issue a concurring opinion.

Before the Court's opinions become public, most Justices must agree, and they do this by "signing onto" the statement. The Justice responsible for authoring the opinion must carefully consider the views and concerns of the other majority voters. Unless this occurs, there may not be sufficient Justices to sustain the majority.

Rarely, in close cases, a dissenting opinion becomes the majority opinion as a result of a Justice or Justices changing their votes after reviewing the drafts of the majority and dissenting views.

What is the Difference Between Appellate Courts and Supreme Court?

The function of appellate courts is to evaluate whether lower courts implemented the law correctly. As part of the judicial system, they exist to provide convicted individuals the opportunity to have their cases reviewed.

Supreme courts have more power and scope than appellate courts most of the time. The Supreme Court looks over the decisions that appeals courts have made.

Many states have intermediate appellate courts, which are appeals courts that help the state Supreme Court do less work.

Where to Find Supreme Court Records?

In addition to utilizing the Supreme Court docket number, you can search for dockets by other phrases and numbers found on docket reports. The Supreme Court uses the format "term year-number" for your guidance.