What is a Tribunal Court? 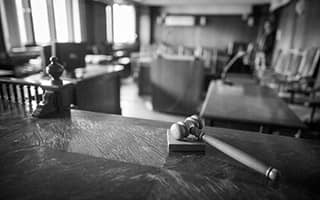 In the United States, federal tribunals are courts set up by the federal government to settle disputes that involve federal laws, including questions about whether or not those laws are constitutional.

In many (but not all) circumstances, a tribunal denotes a judicial (or quasi-judicial) body with less formality than a court, where definitive evidence and process norms may not apply and whose presiding officials are often neither judges nor magistrates.

What are the Differences Between a Tribunal and a Court?

Courts and administrative boards or tribunals can settle legal disputes. A court of law is an old adjudicative tribunal having inherent authority over legal issues. Its method and evidence rules are complex. Except for those assigned to a tribunal, all legal cases should be in court.

Tribunals as adjudicative forums are relatively young. The law controls a tribunal's powers and jurisdiction. Tribunals are specialized "courts" that deal with a particular field of law, such as workers' compensation or tenant rights. Their method is frequently simplified to deliver justice rapidly, economically, and concisely.

A tribunal proceeding varies from a court procedure. In a tribunal procedure, formal pleadings like a claim or defense are typically not allowed. No one has a right to papers or oral evidence before a hearing. Unlike courts, tribunals allow hearsay and unsworn testimony. A court is bound by its verdict, while a tribunal's decision is not final unless the law provides and is subject to modification or overturning if deemed reasonable or desirable.

What are Tribunal Court Procedures? 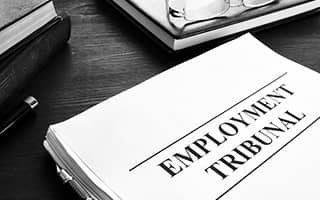 In the U.S., tribunals include Article III tribunals (federal courts) and Article I or IV tribunals. Some of the entities above are courts but lack Article III protections. These tribunals are specific by the Constitutional clause that grants them jurisdiction.

Article III tribunals are the U.S. Supreme Court and the subordinate courts of the United States created by Congress. These are the 13 U.S. courts of appeals, the 91 U.S. district courts, including D.C. and Puerto Rico, excluding three territorial district courts, and the U.S. Court of International Trade. Article III of the Constitution defines the federal judiciary.

Article II's Appointments Clause requires that all members of Article III tribunals be appointed by the President and approved by the Senate. These courts are immune from political interference.

Judges can't have their pay cut while in office, and their appointments are for life, barring impeachment and conviction for treason, bribery, or other grave crimes and misdemeanors.

Under the Constitution, Congress may give these courts jurisdiction over Constitution or federal law cases and specific interstate or international conflicts. Claims against the U.S., the disposition of public lands and associated claims, membership in Indian tribes, and challenges arising from customs regulations and the Internal Revenue Code are amenable to a judicial decision but not required.

Article I judges aren't as protected as Article III judges. These judges don't have life tenure, and Congress can cut their pay.

Its existence and power have caused disputes for a long time. The Supreme Court has often maintained its constitutionality and rule. In Murray's Lessee v. Hoboken Land & Improvement Co., the Supreme Court declared that the Article I tribunal rulings concerning public rights are reviewable by an Article III court.

In Ex parte Bakelite Corp., the court ruled that the Article I courts may be formed as special tribunals to review and decide diverse problems between the government and individuals that do not need judicial decision but are amenable to it.

Tribunals address disputes on specialized issues. Every tribunal has its regulations and procedures.

Before an adjudicator hears your case, several things will happen. Most tribunals will use some or all of the following stages to settle your dispute or establish your rights rapidly. Check your tribunal's website for dispute resolution processes.

A senior tribunal employee or member typically reviews your case first. It guarantees your case is before the proper tribunal and on time. An adjudicator may contact you for further information at this point.

The tribunal may schedule a settlement conference or mediation. These in-person discussions help parties settle a disagreement without the cost and stress of a tribunal hearing.

Tribunals often enforce mediation to settle a disagreement without a full hearing, and parties can also choose mediation.

Mediation is a meeting between parties to negotiate an agreeable outcome. A mediated settlement allows the parties to resolve the dispute in whatever manner they like, unlike an adjudicator's win-lose result.

No one else will discover the details of a mediation session. A mediator (usually a senior staff person or member of a tribunal) discusses issues with the parties to reach a solution. If the parties cannot reach an agreement, there will be a hearing.

An adjudicator will convene a hearing and decision if the parties can't agree during case management.

Not all tribunals have in-person sessions. Many hearings are via phone or written submission. Also, the tribunal can organize a videoconference hearing.

What Types of Cases are Handled by Tribunal Courts?

This tribunal addresses recruitment and service conditions for chosen people in public services and postings on union matters or other local authorities.

It hears appeals under the direct tax legislation, and its final decisions are deemed final. However, if an essential matter of law needs settlement, the High Court hears the case.

This tribunal adjudicates claims arising from motor vehicle accidents. Third-party insurance is necessary, and the tribunal must follow the correct process for resolving disputed claims.

It judges industrial disputes involving any subject. Typically, the tribunal consists of a single individual designated as the presiding officer for this case.

Where to Find Tribunal Court Records?

The records in the case files of most tribunals are accessible upon request.

The majority of judgments and orders of tribunals are accessible online for free and, in certain instances, on the websites of boards or tribunals.

A legislative statute, a common-law rule, or a tribunal or court ruling may ban public access in specific cases.

During office hours, some tribunals make case files accessible for viewing and photocopying over the counter unless they are being utilized by staff or adjudicators or archived.

The Freedom of Information Act (FOIA) may provide access to records not relevant to a particular procedure or case file. FOIA creates methods for filing requests, establishes response schedules, and specifies limited exceptions to the right of access.

For tribunal court records, sometimes a written request is necessary. Your letter should clearly state that you seek records, including your contact information, and give an accurate description of the information you want. If you provide your email address, you'll receive the documents electronically.

Requests for records usually are subject to fees, which vary depending on the nature of the documents sought.