What types of courts are in Vermont? 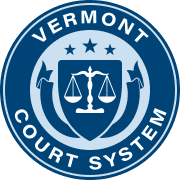 The state of Vermont has three main branches in its court system, including the Judicial Bureau, the superior court, and the Supreme Court. The superior court is broken up into several small divisions, each of them with particular jurisdictions that allow them to hear particular types of cases.

The State Supreme Court has the highest power and can overturn rulings by all of the lower-level courts. Apart from that, they deal with new laws and mandates and also ensure that the judges are acting according to their lawful duties.

Vermont also has a federal court, which deals with criminal and civil cases that violate federal law. Appeals for this court go to the circuit courts of the United States that deal with its district, which ensure that cases were handled lawfully.

How are court cases in Vermont managed? 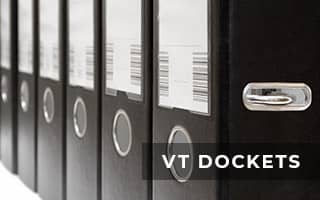 The Judicial Bureau can send appeals to the superior court. Some of the divisions within the Superior Court have jurisdiction to appeal others, though it is the superior court that ultimately decides. It is the Supreme Court that has the right to overturn decisions in the lower courts and can decide to hear cases if they feel that they violate particular laws. The Supreme Court also determines the fate of judges who have failed to uphold the law. Though the Supreme Court is considered the last resort for all cases, they still have to uphold the United States law and can have decisions overturned by the United States Supreme Court.

Which trial courts are in Vermont?

The civil division within the Superior court has very limited jurisdiction and hears mostly civil and small claims cases. Most of the cases that they deal with are either civil cases or small claims cases. The Civil Division also has the right to appeal cases heard in probate courts. While the civil division can hear cases that involve a jury, most of their cases do not involve a jury.

The environmental division of the superior court is the only division that you won't find in all of the 14 counties in the state. Instead, there is only one central operating point where two judges are appointed. These two judges travel throughout the state and hear cases that deal with the municipal and state use of land. This court can also hear cases that deal with the use of land and enforcement requests throughout the state. Most of the cases heard in this court do not deal with juries and are between parties and their attorneys with a judge ultimately deciding.

All of the counties have a family division, which has jurisdiction with all of the cases that involve domestic issues, juveniles, and even child support. Most of the time, this division does not hold jury trials, only hearing from the parties involved and their attorneys.

The probate division of the superior courts has jurisdiction over estates and wills and often handles birth and death certificates.

The judicial bureau only handles civil cases and does not deal with criminal cases. Most of the offenses heard here are minor and usually hear those that are issued by state or local law enforcement officers.

What are the federal district courts in Vermont?

How to find electronic court records in Vermont?

The state of Vermont has made most of its court records public, though there are some that remain sealed. Those that are sealed either deal with sensitive information or deal with a minor convicted of a crime, both of which the public cannot access.

One way to obtain court records is the visit the Vermont Judiciary Public Portal. Here, those interested will need to enter the case number, the names of the parties involved, or the names of the attorneys that were defending the case. If the records are public, anyone can look them up from anywhere online.

Another way to obtain court records is to visit the court where the case was heard, though this involves more information upfront. Those looking to find court records this way will have to visit the court and know the name of the documents they need. Then, they will need the case number of the names of those involved, providing the clerk with them.

Where to find additional information about Vermont courts?