What types of courts are in Virginia? 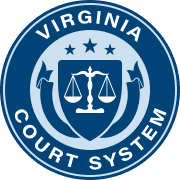 The court system in Virginia has four branches consisting of trial courts, the court of appeals, the supreme court, and federal courts. All cases heard at the lower level can appeal to the court of appeals, where they have the right to either overturn or dismiss. The last limb of the law is the state supreme court, where they can overturn any decisions on courts in the state and work to make sure that judges and attorneys are ruling on cases lawfully.

How are court cases in Virginia managed? 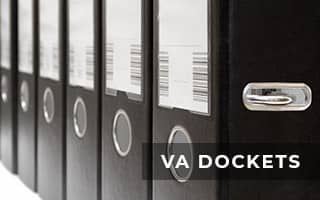 The supreme court is the highest power in the state, deciding to hear or overturn cases where the ruling is questionable. Additionally, it is the supreme court that can decide whether judges are acting in a lawful manner and abiding by the law that is expected of them.

On the federal level, there are two different federal courts, both of which have jurisdiction only in their area. Cases heard by federal courts can send appeals to circuit courts at the national level, where the United States federal government can overturn them if they deem necessary.

Which trial courts are in Virginia?

Virginia has circuit courts in every city and every county of the state. The judges that sit on the court can hear both civil and criminal cases and can hear appeals from courts such as the district courts. When there is a case that deals with jurisdiction that is not designated by the Code of Virginia, it is the Circuit Courts that hear them. Circuit courts in the state have jurisdiction over civil cases with claims over $25,000.

Just like the circuit courts, there are general district courts in all cities and counties in the state of Virginia. The court hears both civil and criminal cases that involved matters dealing with traffic violations and infractions. All preliminary hearings for felony cases are also heard here, with the court deciding whether or not to pass it on to the grand jury. There are no jury trials here and jurisdiction only includes civil cases with claims below $4500.

This court is found in every county and handles court cases that deal with children under the age of 18. When a juvenile is accused of a crime, it is this court that will oversee and ultimately decide what happens. This court doesn't just deal with juveniles that commit crimes but also with crimes that are committed that involved young children like abuse, neglect, and custody. This court does not hold trials and typically only involves the parties, families, and attorneys with a judge overseeing and deciding the outcome.

Virginia has a total of 32 districts, eight of which have a magistrate system. This part of the court system deals with criminal complaints by law enforcement and issues protective orders. They also can issue warrants and arrests from this court.

What are the federal district courts in Virginia?

There are two federal district courts in Virginia, including:

All of the judges that sit on both of the federal courts in the state are nominated by the president of the United States and voted in by the United States Senate. All appeals from this district go to the U.S. Court of Appeals for the 4th Circuit.

How to find electronic court records in Virginia?

The state of Virginia does not limit access to the public when it comes to most court cases. However, there are some that are sealed and cannot be accessed, though they either deal with minors or with sensitive information.

Where to find additional information about Virginia courts?