What types of courts are in Washington?

The court system in the state of Washington consists of trial courts, a court of appeals, and a Supreme Court. All of these courts have different jurisdictions and they all balance one another out. The Supreme Court is the court with the highest power, able to appeal any of the decisions made by the lower courts.

How are court cases in Washington managed? 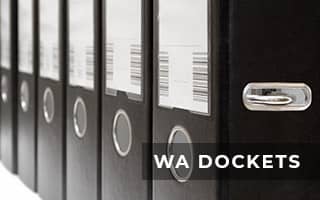 The superior court has jurisdiction over the lower-level trial courts. The superior court can hear appeals from the municipal and district courts, deciding whether or not to overturn a ruling. Additionally, they deal with cases that violate criminal and civil law. There is a court of appeals in the state, which handles all of the appeals and decides whether to hear them or not.

All of the courts in the state are overseen by the Supreme Court, which can choose to appeal decisions and can ensure that all judges are acting lawfully. There are four justices that sit on the Supreme Court, all of which were elected in a nonpartisan election and appointed by the governor of the state.

Which trial courts are in Washington?

The district courts of Washington are among the lower-level courts of the state and account for both civil and criminal cases committed in the state. The district courts have jurisdiction over any cases for small claims under $5000 and can hold preliminary hearings for court cases of all kinds. The court does hear trial cases, though they do not usually hear trials in the case of traffic violations or other violations that deal with family matters or issues.

The Court of Appeals

In Washington, there is also a court of appeals that deals with appeals from the lower courts and the Superior Court. The Court of appeals can appeal cases themselves and overturn decisions that were made in the lower courts. The cases that they deal with can be both civil and criminal and be classified as either a felony or misdemeanor.

What are the federal district courts in Washington?

In the state of Washington, there are two federal courts, which include:

Appeals from both district courts go to the U.S. Court of Appeals for the 9th Circuit. Judges who sit on the federal courts in the state are nominated by the president of the United States and confirmed via a vote by the United States Senate.

How to find electronic court records in Washington?

The state of Washington made public records legal years ago with help from the Washington Public Records Act. Any member of the public may request records and obtain them so long as they are public and not sealed. Some court records in the state are sealed, though most cases deal with a minor child or they deal with sensitive information that could be harmful to the individual or the state.

There are a few ways to obtain records, one of which is to visit the Washington State Courts' website. Here, those interested can look for information about court cases in Washington by searching for either the case number, the names of the parties involved, or the names of the attorneys that defended the case.

Another way that interested parties can find court records is by visiting the court in which the case was heard, visiting the clerk's office to find more information. Choosing this way, the documents requested will need to be known along with information that will help clerks look up the specific cases.

Where to find additional information about Washington courts?