What types of courts are in West Virginia? 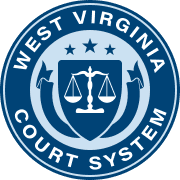 The court system in the state of West Virginia is made up of trial courts, an intermediate court of appeals, and a state supreme court. The trails courts are considered the lower-level courts, with limited jurisdiction. Appeals are heard and approved by the court of appeals, though the supreme court has the last say in whether cases are overturned.

How are court cases in West Virginia managed? 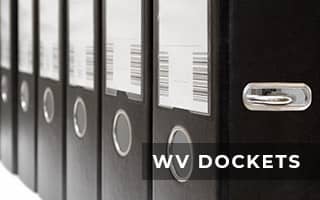 They can hear cases that deal with a civil writ, administrative agency, and even criminal and civil cases that take place in the state. Among all of the cases heard by the lower courts, the supreme court can choose if they wish to overturn a ruling or hold a hearing for a case if they believe that the law was not upheld. All hearings in the supreme court do not have juries, testimonies, or witnesses, and generally involve only attorneys that defend their client's case.

Which trial courts are in West Virginia?

The municipal courts hold jury trials and deal with cases that involve DWI and DUI cases, cases where traffic laws are violated and hears cases that deal with parking violations. Though they hear jury trials, most of the cases in this court are minor and only deal with small civil and criminal cases in the state.

The family courts in the state of West Virginia do not hold trial cases. Most cases involve parties and their attorneys, decided on by the judge in that court. This court hears cases that deal with domestic relations and can oversee both custody and divorce hearings.

The circuit court in the state of West Virginia is the court that deals with appeals from the lower courts and hear exclusive cases for both felony and criminal appeals. The court also can hear cases that involve property and can hear cases that deal with probation, estate matters, and case that deal with the mental health of an individual. Circuit courts can also hear trials that involve juveniles and minors, with jurisdiction over some family matters.

What are the federal district courts in West Virginia?

There are two federal branches in the state of West Virginia. The federal district courts in West Virginia are the:

Each of the two districts also has a federal bankruptcy court, which has jurisdiction over all of the bankruptcy cases within their jurisdiction. All of the judges that sit on the federal court are nominated by the president of the United States and confirmed into their seats with a vote from the United States Senate. All of the justices serve life terms and seats are only up for an appointment in the event that a justice passes away or retires. The justices can choose magistrate judges, which they assign tasks to. For all courts, appeals go to the U.S. Court of Appeals for the 4th Circuit.

How to find electronic court records in West Virginia?

According to the West Virginia Freedom of Information Act (FOIA), court records in the state are open to the general public. While most cases are public, there are a few court documents that are sealed, unable to be obtained by anyone without legal permission.

For those that are pubic, individuals can visit the West Virginia State Law Library, which generally has cases on record. To initiate a search for court records, those interested will need to know either the case number, the name of the parties involved or the name of the attorney that defended the case.

Other options to obtain records involve visiting the court in which the case was heard, which requires the name of the desired document along with information like the names of those involved or the case number. This option is only available during operating hours of the courthouse. The clerks' office will look up information and obtain what they have on file, providing it for a cost to the interested individual.

Where to find additional information about West Virginia courts?