What types of courts are in Alabama? 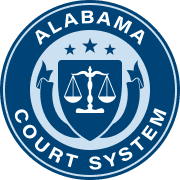 Alabama’s court system is separated into three distinct levels: the trial courts, the state courts of appeals, and the state Supreme Court. Judicial management flows from the top-down, meaning the Alabama Supreme Court ultimately has jurisdiction over and control of the lower courts.

The Alabama Supreme Court is staffed by nine justices, whereas the Alabama state Courts of Appeals are staffed with 10 judges in total, five each. 144 judges serve Alabama’s circuit courts, each of whom is elected to serve for six-year terms. Meanwhile, the justices of the Alabama Supreme Court and the judges on the Courts of Appeals are elected for six-year terms and must be reelected if they wish to serve for consecutive terms.

How are Alabama court cases managed? 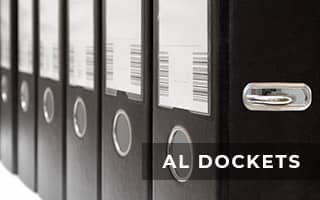 All Alabama courts are controlled and managed by the Alabama Supreme Court, which has both administrative and judicial responsibilities.

The Alabama Supreme Court can, for example, review the decisions made by any other courts in the state, as well as determine various legal matters that are beyond the jurisdictions of other courts. Furthermore, it has exclusive jurisdiction over any appeals if:

In the Alabama Supreme Court, the Chief Justice is the ultimate administrative leader for the entire state judicial system. The Supreme Court collectively can make the rules regarding the procedure, practice, and administration of all other lower courts. In the past, most decisions have been made to reduce technicalities that can delay trial court decisions or lead to endless reversals through the appellate court system.

Court management, filing duties, and file retrieval can all be completed on the website judicial.alabama.gov. The AOC E-File system allows attorneys and legal specialists to file documents and paperwork into the state’s electronic filing system. The online application AlaFile lets users file or get service copies of important court documents.

Which trial courts are in Alabama?

Alabama district courts are courts with more limited jurisdiction. They specifically handle cases where the dollar amounts in controversy are more than $3000, which would otherwise be handled by small claims courts, but less than $10,000.

Additionally, Alabama district courts always have jurisdiction over any criminal misdemeanors. They may but are not required to conduct preliminary hearings for felony prosecutions as well.

Alabama’s municipal courts also have limited jurisdiction. They primarily preside over cases that involve criminal misdemeanors filed within a city’s police jurisdiction (i.e. within city lines), as well as any other municipal violations.

The majority of cities in Alabama have a municipal court to handle cases like these, but smaller towns or villages must route their cases to other circuit or probate courts.

Alabama’s probate courts have very limited jurisdiction; they only hear cases that involve estates, wills, the partition of land, name changes, and the guardianship of minors.

Alabama’s juvenile courts are regular trial courts, but which only have jurisdiction over civil and criminal cases if the primary parties involved are under 18 years old. Furthermore, juvenile court proceedings are classified as confidential, meaning court records are not automatically made available to the public unless released by the juvenile court or the Alabama Supreme Court.

Alabama also has small claims courts, which have limited jurisdiction and hear cases that concern monetary disputes valued at less than $3000.

What are the federal district courts in Alabama ?

How to find electronic court records in Alabama ?

Individuals can find public court records for Alabama court cases in a few ways. They can visit the Alabama courthouse where a case is heard, then get their records from the County Clerk’s Office. When retrieving documents in this way, there will be a fee that varies in amount from county to county.

Alternatively, individuals can visit pa.alacourt.com, which is a public access point for trial court records that have already been released. Individuals can search for names or case numbers to locate documents, and this resource includes court records for criminal records, civil records, state traffic records, investor relations cases, child support cases, and small claims records. Fees can be paid online if retrieving documents from this site.

Where to find additional information about Alabama courts?