What types of courts are in Colorado? 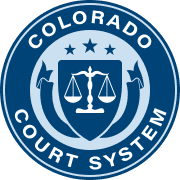 Colorado has a federal district court, a state supreme court, a state court of appeals, ad trial courts. Each court serves different purposes and works to balance each other out. There are 22 total districts in the state of Colorado served by the court in their county.

There are 22 judges that sit on the panel for the Court of Appeals, which handles about 2,500 cases per year. Other courts in Colorado take care of about 450,000 cases, serving all of the citizens in Colorado and those convicted of a crime in the state.

How are court cases in Colorado managed? 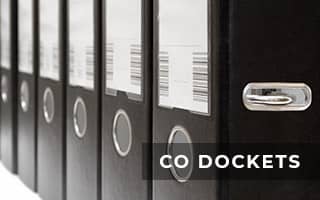 All of the courts in Colorado are ultimately overseen by the Supreme Court. The Supreme Court has seven justices, all of which are elected into their sear and serve a life sentence. When cases are heard and individuals are not satisfied, they can file an appeal. Afterward, if they still do not get the verdict they were hoping for and feel as if they were treated unlawfully, they can appeal to have their case heard by the Supreme Court.

Only they can overturn the ruling, determining the outcome based on the evidence from the very first case. Other than appeals, the Supreme Court is the one that works to improve the justice system in Colorado, working to make the law more stable and inclusive while conserving laws.

Which trial courts are in Colorado?

This court deals with the violation of city laws. The most common cases heard involve traffic, shoplifting, and other minor offenses. Most cases are not presented in front of a jury and the majority of them are settled between parties and an appointed judge and attorneys involved.

Small-claims court is for cases that involve no more than $7500 in damaged. In this court, individuals may argue for themselves and can go through their trial quickly. In very rare cases, individuals can present their case in front of a jury, though it's not common.

The state of Denver has its own court, as it is both a city and a county. For that reason, they operate a little differently than many of the other courts. The way that they operate is as their own municipality and they are paid for by federal taxes by the citizens of Denver.

All judges in these courts are appointed by the mayor of Denver, which is an elected official by citizens. Both juvenile and probate courts in Denver also have their own institution, governed by the laws in the county.

Colorado has a total of 22 districts, each of them responsible for their county. District courts could have more than one judge for a number of counties, unlike the other types of trial courts. The types of court cases handed over to district courts usually include things like the dissolution of marriage and other civil matters.

The state of Colorado also has a water court, which deals with water rights. Each of these seven water courts deals with a river basic and acts to judge issues surrounding the water. This includes keeping the water safe and protecting water resources.

Apart from the judges appointed to each river basin, there is also a clerk of the water court and a water referee. The referee's job is to investigate water rights and can rule on a basis of the law. There are no jury trials with this court and there are only hearing dealing with the use and protection of water. Any appeals with the final judgments of this court go directly to the Supreme Court, where they are reviewed further by the panel of appointed judges.

Probate courts deal with estates and other death-related legal documentation and services. They are also involved in child custody battles and conservatorships of adults. There are usually no juries and the cases are settled between parties.

Those under the age of 18 who have broken the law usually appear in juvenile court, appearing in front of a judge. Apart from dealing with crimes committed by minors, they also deal with oversee dependency and abuse cases.

What are the federal district courts in Colorado?

Colorado has one federal district court, the United States District Court for the District of Colorado. They are a federal court of the Tenth Circuit, which means that all appeals go to them. They have been active since 1876, overseeing all of the appeals presented from other courts in Colorado.

How to find electronic court records in Colorado

Colorado court cases are accessible online in some cases. There is a Docket Search Tool on the Colorado Judicial branch website that will allow individuals to look up cases by the names of those involved and the court case number. Though many court cases in the state are available, there are some that are not. Those are considered sealed and are only accessible by individuals with the right to see them.

Rulings and information about most trial courts are available online with the judicial branch. However, cases with the water court and juvenile courts must be looked upon on their own websites. For juvenile cases, most of them are not public, as they deal with minors.

In order to request information about a case, you have to have the case number and the name of the parties involved. You also have to have the attorney's bar number, which might be more difficult to find. To find the court case number, individuals will need to contact the courthouse where the trial was held, requesting the number from them to fill out the necessary information about the case.

Where to find additional information about Colorado courts?