What types of courts are in Iowa? 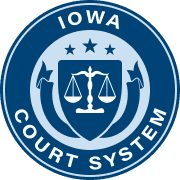 The court system in Iowa is made up of district courts, which are heavily divided and handle the majority of the cases in the state, as well as appellate courts, a supreme court, and many local magistrates. Magistrates may only hold bench trials, and all trial cases are heard in district court by a judge that hears cases of that specific type.

How are Iowa court cases managed? 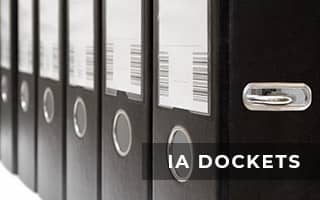 Cases in Iowa court are managed by the lowest court with jurisdiction which in most cases is the district court. There are some cases involving very minor infractions such as a village or municipal violation that can be dealt with by the local judicial magistrate, however, any case needing more complex adjudication or a jury trial, it must be heard by a district court.

Which courts are in Iowa?

Judicial magistrates are often limited to serving and holding jurisdiction over their home county. They hear a variety of common misdemeanors, small civil claims, local infractions, and ordinance violations. They can issue warrants as well as hold preliminary proceedings. Most magistrates are attorneys, but it is not required by law.

The district courts which are presided over by district judges are able to hear and hand down decisions on any case. Cases from adoption to felony criminal cases are heard, cases dealing with land disputes, and cases for common misdemeanors. The district judge has jurisdiction over all of them and more.

District judges are responsible for handling the bulk of state administration issues as well. They are appointed by the governor of the state of Iowa, from a preconstructed list of potential candidates decided on by a state commission created for the task. Each district judge is appointed for a 6-year term.

Judges in the Iowa Court of Appeals are appointed for only one year, and they are personally appointed by the governor. The candidates are compiled by a judicial commission, and if they are appointed, they serve for one year before facing a retention vote. The 9 appellate judges vote amongst themselves to elect a chief judge who serves for two years.

The Iowa Supreme Court is the highest court in the state of Iowa, and it is made up of 6 Associate Justices and one Chief Justice. The court functions solely as an appellate court, hearing and reviewing decisions handed down by lower courts.

Cases heard by the Iowa Supreme Court do not involve any witnesses, new evidence, or juries, and only review the record of the trial to evaluate whether or not legal errors or constitutional violations occurred.

What are the federal district courts in Iowa?

How to find electronic court records in Iowa?

The Iowa courts maintain an online database of court records that may be accessed by authorized users. Each county or judicial district may also maintain its own online databases. For example, if you were to commit an offense in Polk County, you would be able to navigate to the website for Polk County and use their records search to locate your case information.

This may not be the case with all counties, however, and if the records being sought cannot be found at the county level, the state level can be searched as well to ensure thoroughness.

Where to find additional information about Iowa courts?