What types of courts are in Michigan? 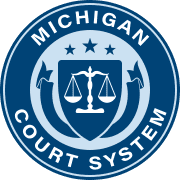 The court system in the state of Michigan has four tiers, starting with the trial courts, most of which have limited jurisdiction. The state Court of Appeals oversees the cases that go to the trial courts and all appeals are filed to them. The highest governing power at the state level is the Supreme Court, which has the right to overturn rulings, approve appeals, and manage negligent judges.

The state of Michigan also has two federal district courts which oversee civil and criminal cases on the federal level.

How are court cases in Michigan managed? 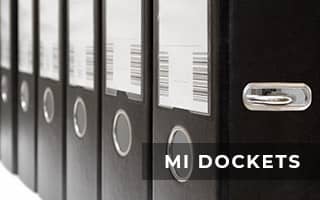 The Supreme Court is the highest governing power in the state of Michigan and can overturn any ruling and approve eligible appeals. There are seven justices that serve on the Supreme Court, elected into their position via a bi-partisan election process. They serve eight-year terms and do have the possibility for re-election when their term is over.

Which trial courts are in Michigan?

The court of claims in Michigan is a court that has very jurisdiction and is very limited to the types of court cases they can hear. Most of the cases heard in the Court of Claims include those that deal with medical malpractice, contracts, prisoner litigation, and suits that involve the misfiling or mishandling of taxes.

The courts were not previously able to process appeals, which changed in 2013. From then on, four Court of Appeals judges were added to the Court of Claims, allowing for the appeal of decisions that came out of the court. Most of the claims are small and do not require that a jury is present.

Michigan Circuit Courts deal with both criminal and civil cases with claims that total more than $25,000. Different divisions oversee different types of cases, including those that deal with divorce, paternity, and adoptions. The Circuit Courts can deal with large cases that deal with the testing of infectious diseases and even the delivery of newborns.

Any cases that are appealed that were ruled by the Court of Claims come to the Circuit Courts, where they will decide what happens.

District Courts in Michigan also have very limited jurisdiction. There is a total of 105 District courts spread out across the state, all of which can only handle cases with small claims (under $3,000) and civil cases that are under $25,000. District Courts also handle misdemeanors and are the first to hear trials dealing with felony charges.

Depending on the circumstance, there could be a jury to make the final decision. Other cases that deal with smaller claims do not require a jury, and simply are overheard by a judge and mitigated between the attorneys of the two parties. Other kinds of cases that District Courts can handle include those that deal with traffic violations, issues with contracts and land, and issues with tenants and landlords.

Probate courts are also spread out throughout Michigan, with 78 total in the state of Michigan. Probate courts deal with matters involving estates, including the management of them when there are multiple parties involved. Probate courts have a division that deals with juveniles, which is why many of the records are not accessible to the general public.

As per Michigan law, all documents that have information about a minor or an elder that is under the supervision of another are not accessible and are sealed from public view.

There are only four municipal courts in Michigan. Most of them that used to operate in the state went on to convert into district courts, as they have similar jurisdictions. For areas with municipal courts, most of the small matters are handled there and, if necessary, are passed to the higher court.

What are the federal district courts in Michigan?

The state of Michigan has a total of two federal courts, which include:

For both federal courts in Michigan, judges are appointed by the president of the United States, voted in by the United States Senate. They serve lifetime sentences or serve until the age of 70, whichever comes first. They give tasks to magistrate judges, who do not serve life terms. All appeals from these districts go to the U.S. Court of Appeals for the 6th Circuit.

How to find electronic court records in Michigan

The state of Michigan has done a lot to protect the privacy of its residents and has restricted the ability of the general public to look up certain records and court cases. Those that are open to the public are accessible by any individual though the information is required to find the case and obtain information.

In most cases, those looking for electronic records can look up cases by the case number, the name of the parties involved, or the name of the attorney. Those interested in obtaining information and copies can also check with the court in which the case was heard. They can visit the court or send a written letter to get access to the court records they are looking for or obtain copies for a fee.

Where to find additional information about Michigan courts?