What types of courts are in Ohio? 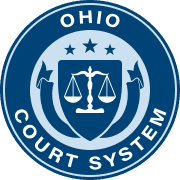 There are six justices on the Supreme Court of Ohio. They also have a Chief Justice among them, making for seven total judges working on the court. These justices are elected by the public to serve for six year terms. The seats open rotationally, every two years, around the general election. This makes it more convenient for citizens to participate in the vote. The Court of Appeals consists of three judge panels.

Those three levels can be broken down even further. Among the trial courts you have the Municipal, County, and the Common Pleas Courts. Each of them has their own jurisdiction over certain cases, which we will be discussing in more detail below.

How are Ohio court cases managed? 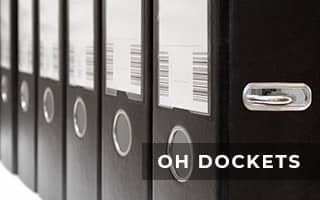 Ohio takes the steps to make sure all litigants receive fairness, due process, and equal protection. They do this by using a case management system. This method allows the court's to give each case unique attention. The case management covers everything from the original filing, to a pretrial hearing, and beyond. Staff also ensure everyone has plenty of access to educational information, consulting, and other resources.

The judges of the courts oversee the legal processes. They need to interpret the laws and resolve conflicts fairly, according to the law. If a party feels their cases were handled unfairly, they can make an appeal to the state Supreme Court. Many cases the Supreme Court sees come from the Appeals Courts.

If you're looking for official court record documents from Ohio, you can easily find them online. The Official Ohio State Website offers a portal to access the court records you need.

Which trial courts are in Ohio?

The trial courts in Ohio consist of the following:

The Court of Common Pleas hears all civil cases. There is one of these courthouses in each of Ohio's 88 counties. The court has jurisdiction over four different types of cases:

The Court of Claims  is in place to hear cases made against the state of Ohio. These may include cases for money damages and other compensation cases. The court can also manage cases between citizens and the government.

Additionally, if you were to be denied your request for a public record, you can make an appeal to the court of Claim. They review the information and can possibly overturn the decisions, depending on the situation.

Most often, the Court of Claims has jurisdiction over the following types of cases:

Technically, these courts aren't part of the judicial system. They do not use juries and the mayor takes on the role of a judge. These courts usually handle traffic violations or other ordinances that have been violated. If convicted, you can appeal to the county or municipal courts.

The Municipal court can have jurisdiction over a county. They usually handle misdemeanors and traffic violations. Although, they can also handle DUI, evictions and tenant rights, claims for less than $15,000, or domestic violence cases.

The County court system overlaps with the Municipal Courts. If an area doesn't have one, it usually will have the other in place. They also may handle the pre-trials for felony cases, misdemeanors, and more.

What are the federal district courts in Ohio?

Their main purpose is to resolve many different types of federal disputes. They determine which party is in the right after looking over all of the facts. These courts always have jurisdiction over any case that involves the government in some way.

How to find electronic court records in Ohio?

You request court records online by visiting the courthouse's website. You will need to make sure that you go to the site of the courthouse where the case was originally filed. Online requests are convenient- you can use any device that has a good Wifi connection.

You can also find these documents in person, but many people today prefer to access them online. There are less fees to deal with and you can conveniently search for what you need from your home.

You will need to have some basic information from the case. For instance, you'll need to make sure you have the case name or number first. You can also visit the Ohio Court Records page for more information. If you need to know more, you can use the links below.

Where to find additional information about Ohio courts?