What types of courts are in Wyoming? 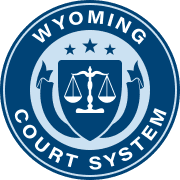 In Wyoming there are three different types of courts, trial courts, state supreme courts, and federal courts. Some of the lower trial courts have limited jurisdiction, with cases that involve small claims or civil and criminal cases. Trail courts include municipal courts, district courts, and circuit courts, all of which have their own jurisdiction.

Wyoming also has the Supreme Court, which has general appellate jurisdiction over all of the lower courts. The Supreme Court is located in Cheyenne and is supported by the Wyoming Administrative Office of the Courts to help keep up with their constitutional responsibilities. The federal courts in the state deal with both civil and criminal cases in which the federal law has been broken. All of the courts work to uphold the justice system of the state, with checks and balances throughout.

Courts in Wyoming have a total of five justices, 24 district court judges, 24 circuit court judges, and 4 magistrate judges, all serving full-time terms. There are differences in the way that these judges are appointed, some are nominated and others voted in. The process differs by the court and the legal process required for justice status.

How are court cases in Wyoming managed? 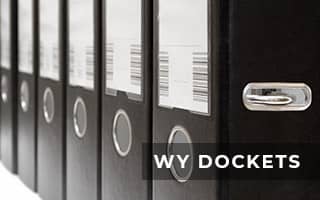 There are a total of four Supreme Court justices that hear cases in the court. They are all appointed by the state's governor when a position is open. All justices must serve for one year, at which point their participation is voted on in a general election.

Though the Supreme Court is the only appellate court in the state, there are also federal courts, which oversee cases that deal with federal laws. These courts are more involved with the political system in the United States and have judges appointed by the president of the United States.

Which trial courts are in Wyoming?

The municipal court in the state of Wyoming hears jury trials and handles cases that deal with traffic violations and parking violations. For any violations where individuals violate ordinances, the court has jurisdiction in all of the counties throughout Wyoming.

The circuit court deals with small claims cases, most of which do not include a jury. Other cases that require a jury are heard in this court, including claims cases that go up to $6000. Preliminary holdings are held at the circuit courts along with cases that handle restraining orders, civil protection, and misdemeanor criminal cases.

Wyoming district courts hear jury trials and hear appeals that come from the municipal and circuit court. Their jurisdiction handles real estate properties that value $50,000 or more and both criminal and civil cases.

Hearings for issues of probation are held here along with cases concerning the mental health of an individual and juveniles' cases that deal with minors who have committed a crime. This court also handles issues related to family law, including divorce and custody battles as well.

What are the federal district courts in Wyoming?

The federal district court in Wyoming is the United States District Court for the District of Wyoming. There are three courthouses that cover the entire state located in Mammoth, Casper, and Cheyenne. It is the court's jurisdiction to handle all criminal and civil cases where someone is accused of violating federal law.

The state of Wyoming also has a federal bankruptcy court, which handles all matters of bankruptcy on the federal level. 352 judges are able to hear cases, all of which are determined by the United States Congress. For both federal courts, appeals go to the U.S. Court of Appeals for the 10th Circuit.

How to find electronic court records in Wyoming?

Those interesting in obtaining court records can visit the Public Docket tool, searching for the court records they need by names of the parties involved, the case number, or the date. The Opinion Search tool is linked to cases heard by the Supreme Court and can be searched for electronically in the same way.

Another option to obtain court records is to visit the courts in which the case of interest was heard, providing the offices with the court documents needed and either the names of the parties involved, the case number, or the name of the attorneys involved. For this method, the names of the document of interest are required and documents can only be obtained during regular business hours for the court.

Where to find additional information about Wyoming courts?