What types of courts are in Florida? 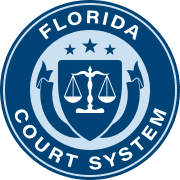 The state of Florida's court system has five different types of courts. There are 67 county courts, 20 circuit courts, five district courts of appeal, and the Supreme Court. Like the United States government, Florida's state government is also made up of three branches, legislative, executive, and judicial.

For more than 150 years, the Florida Supreme Court has served from the state as the highest appellate court in Florida. The Supreme Court is currently comprised of seven justices. Each case must have at least five of the justices participating, and at least four of them have to agree for a decision to count.

Eligibility for the office of Justice states that you must be a Florida resident, a registered voter, and have been practicing law in Florida for the prior 10 consecutive years. Generally, the office of Justice is chosen directly by an election, but there has been one instance where the Governor appointed a replacement until the next election.

Below this is the 5 district courts of appeal, located in Daytona Beach, Lakeland, Tallahassee, Miami, and West Palm Beach. The District Courts of Appeal have been established in order to provide the decisions of lower courts to be reviewed by a panel of multiple judges. This can help catch errors and ensure that each county is making decisions that are consistent, fair, and just. It is important that any decisions made by the courts are well within each citizen's liberties and rights.

Finally, we have the two types of trial courts, Circuit and County. These courts each have their own specific areas that they handle, depending on what the case is.

Circuit Court judges are chosen by the voters in an election. To be eligible for the office, the person must be a resident in that district and they must have been practicing law in Florida for the 5 years leading up to running for the office.

How are Florida court cases managed? 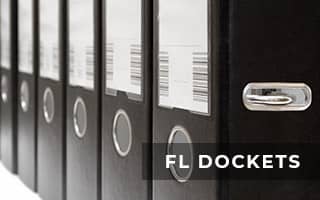 Depending on what the nature of the case it will determine how it is managed. Circuit courts handle cases such as foreclosures, Constitutional Challenges, and Real Property Actions. The county courts handle replevin, foreclosure, nonmonetary, small claims, and personal injury protection.

Which trial courts are in Florida?

When a trial involves a jury, these cases are usually presented to the sitting judge of the circuit court. Sometimes referred to as courts of general jurisdiction, this level in the court system has most of the state's civil and criminal cases.

The state of Florida has 67 counties, each with its own established court. Population and county caseload determines the number of judges that are involved in each county. County courts handle any civil disputes that involve monetary amounts of $30,000 or under. Most of Florida's trials that do not require a jury are overseen by a single county judge in the county courthouse.

What are the federal district courts in Florida?

The state of Florida is separated into three federal judicial districts. Each district consists of several counties.

How to find electronic court records in Florida?

If you're looking for electronic court records, there are several places you can look around. The public online dockets are available for the Supreme Court, as well as districts one through five.

If that isn't what you're looking for, the Florida court system has a tool called PACER (Public Access to Court Electronic Records), which is an online database that contains both case and docket information from civil and criminal cases that were filed on or after July 1, 2000. These documents are available for you to view in Adobe Acrobat Reader.

Where to find additional information about Florida courts?