What types of courts are in Idaho? 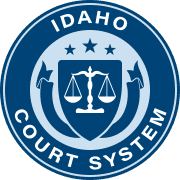 Each court serves a different purpose. The federal court hears cases from the single federal district that comprises the state of Idaho. The state supreme court will have jurisdiction over the decisions over lower courts hand down and may also have the authority to take cases it feels should have been assigned to the supreme court initially. The appeals court will hear appeals from trial courts, while the trial courts will preside over high-value civil and criminal cases.

How are Idaho court cases managed? 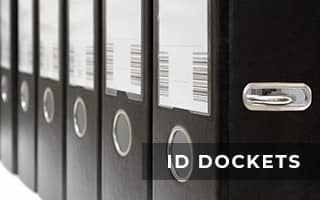 Court cases are assigned by the enforcing district that creates them. For most misdemeanor criminal cases and civil cases where the value or amount is less than $10,000, the case may be handled by the magistrate division. Probate cases, juvenile charges and cases, and domestic cases may also be seen by the magistrate.

If the value of the case exceeds $10,000 or if the magistrate has made a preliminary determination that the case should be heard by a district court. This will usually be the case for felony charges or any other proceedings that may require a jury trial. The District Courts will also hear appeals from the Magistrate Division.

In cases where a decision from a District Court is appealed, the state appeals court will hear the case. Exceptions to this are if the appeal concerns a capital murder conviction or appeals from divisions of industry or utilities. In those situations, the case will escalate to the state Supreme Court for judgment.

Which trial courts are in Idaho?

There are four levels of trial courts in Idaho, and they include trial by jury as well as by judge or magistrate. Any cases that are too large or high-valued escalate to the appropriate District Court for their judicial district. If an appeal is sought from there the state appeals court will hand down a decision. In rare cases, the Supreme Court steps in.

The Idaho Magistrate Division will often have jurisdiction over habeas corpus proceedings, as well as most civil, domestic, juvenile, and probate cases. A magistrate judge may conduct preliminary proceedings for criminal charges as well, to decide if the case should be sent to the District Court for felony trials or jury trials

Idaho District Courts hear most of the criminal cases that arise in a particular judicial district. They also hear civil cases where the financial component is more than $10,000. If a magistrate court has handed down a decision that is then challenged, it would be appealed to the Idaho District Courts.

The Idaho District Courts also hold jurisdiction over actions involving post-conviction relief or remedies. These cases often grow out of a challenge to their conviction or imprisonment.

The Idaho Supreme Court is comprised of 5 total judges. There is 1 chief justice and 4 associate justices, with the associate justices serving terms of 6 years while the Chief Justice only serves a 4-year term. They are elected in non-partisan statewide elections that are part of the state primary elections.

What are the federal district courts in Idaho?

How to find electronic court records in Idaho?

For those who need to research court cases or may need to consult with the state's information for any number of reasons, the iCourt Portal is a convenient way to search and access those records. The iCourt Portal represents the full scope of online records & payments for the Idaho courts.

The same resource can be used to ensure that any personal legal cases are cleared up. Since the database also includes information regarding the payments made on any other charges or cases that may be still pending clerk action in the system.

The system includes historical records from past cases, as well as information current enough that it can be used to check for a party's requests across current hearing schedules and dockets also.

Where to find additional information about Idaho courts?