What types of courts are in Indiana? 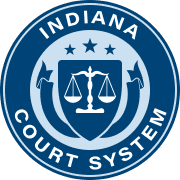 The court system in Indiana is comprised of two main levels: appellate and trial courts. The appellate courts are the Supreme Court of Indiana, Indiana Tax Court, and the Court of Appeals of Indiana. These courts generally only handle cases that have been through the trial process. If the losing party wants the case reconsidered, they can appeal it to the appellate-level courts.

Trial courts consist of the city and town courts, circuit courts, and superior courts. These courts handle many different types of cases, which varies from county to county. Where your case will be held may depend on the severity of the offense in question.

How are Indiana court cases managed? 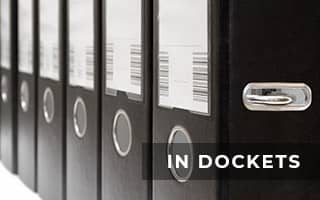 Court cases in Indiana are managed by the lowest level of court that has jurisdiction over the matter at hand. If you are pulled over for speeding in a small town, their magistrate may handle the case in the town court, or you may have to go to the county court if the offense was severe enough. If the losing party wants to appeal their case, they can take it to the Indiana Court of Appeals.

Which courts are in Indiana?

This is the highest court in the state, and is the last resort for cases. They also have original jurisdiction over many things, including discipline and disbarment of attorneys and judges and justices, admission to the practice of law, and supervision over the other cours in the system. The Supreme Court also takes appeals for cases where either life without parole or the death sentence was chosen as the punishment.

This court handles appeals from some state agencies, as well as all trial courts. The only type of case they do not have jurisdiction over are ones in which the convicted party has been sentenced to death or life without the possibility of parole. This court does have the final say, unless the Indiana Supreme Court accepts an additional appeal.

Each county in the state of Indiana has a circuit court. There are a total of 92 of these courts throughout the county. The circuit courts have unlimited jurisdiction in most cases unless another court is given jurisdiction over the court for any reason. In counties without a superior court, the Circuit Court will also handle minor offenses and small claims cases.

The Indiana Superior Courts establish small claims cases, minor offense divisions, and they handle all trial cases. Most of the counties in Indiana have both a Circuit and a Superior Court. The judges are elected during partisan elections in most counties, aside from Allen and Venderbugh Counties, where their elections are nonpartisan.

St. Joseph County holds the only Probate Court in the state. This court has jurisdiction over guardianships, mental health hearings, and administration of the estates of deceased citizens. The judges that serve on the Probate Court are elected for six-year terms.

The Municipal Courts in Indiana are the lowest level of courts, as they are at a town level. These courts have very limited jurisdiction and are generally limited to misdemeanors, infractions, city ordinances, and traffic offenses. Municipal courts are often presided over by a judicial magistrate and are limited to bench trials. Magistrates can set bail, hold preliminary proceedings, and begin processing of those whose cases must be heard in a trial court.

Marion County is the only county in the state that has its own individual small claims court. If you are interested in filing a lawsuit of $10,000 or less, you would need to file your case in the township where: the incident/transaction took place, where the property is located, where the defendant works or lives, or where the obligation was supposed to happen.

Indiana's Tax Court is both a trial court and an appellate court, depending on the case at hand. They oversee the appeals of decisions made by the state's government agencies that handle the amount taxpayers pay in taxes.

What are the federal district courts in Indiana?

The United States District Court for the Northern District of Indiana was established in 1928 and has courthouses in Hammond, Fort Wayne, South Bend, and Lafayette. Their decisions can be appealed to the U.S. Court of Appeals for the Seventh Circuit, which is based in Chicago.

How to find electronic court records in Indiana?

The good news is that Indiana has plenty of online resources for locating court records and public records. You can search their online database, which has many court filings and documents online for free. If you are having trouble and need help finding records, you can get assistance from the Indiana Supreme Court Law Library or the Indiana State Library.

Where to find additional information about Indiana courts?