What types of courts are in Kansas? 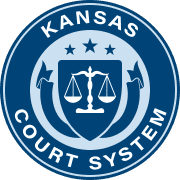 Kansas has a variety of courts that have a wide range of jurisdictions. There are trial courts with differing levels of jurisdiction, state-level appeals courts, a state supreme court, and a federal district. The most limited levels of power exist with local municipal courts, which can only hear specific types of cases.

The trial courts hand down decisions that can be appealed at the state level, and the state supreme court acts as the highest appellate body in the state. The state of Kansas also contains one federal court district as well.

How are Kansas court cases managed? 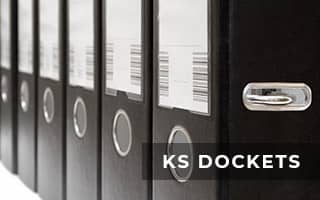 The vast majority of cases in Kansas are handled at the trial court level. These will be mostly made up of the Kansas District Courts, which are the only venue for a jury trial, or at the municipal court level where they are only empowered to hold bench trials. The district courts will have original jurisdiction over nearly all criminal and civil cases that are filed in the state.

With respect to case flow, the cases are often handled by the lowest possible court that is given jurisdiction over the case. In cases relating to local code or ordinance violations, the party may be able to see their case handled by a local magistrate or administrative judge. For cases that are dealing with misdemeanors or felonies, the case would be heard in the district court that has original jurisdiction.

Which courts are in Kansas?

There are essentially two levels of trial courts, and two levels of appellate courts. The first level of trial courts are municipal courts that hear minor offenses, and the next are district courts where most cases are heard. The decisions from district courts can be appealed to the state appellate body, but they cannot often be petitioned directly to the supreme court level.

Kansas Municipal Courts are local or city courts that have very limited jurisdiction. Some examples of cases that may be heard in a Kansas Municipal Court often revolve around minor traffic offenses or local ordinance violations. Parties in municipal court may still be represented by a lawyer.

Cases brought before Kansas Municipal Courts are heard and decided without a jury. The cases have their determination made by the judge directly in a bench trial. These decisions are able to be appealed to the district court which presides over the county in which the municipal court was held. The Kansas Municipal Courts are able to be presided over by a municipal judge who is not a lawyer if they are first certified by the Kansas Supreme Court. Municipal judges must also complete 13 hours of continuing legal education annually.

Of the 105 counties in the state, there exist only 31 different judicial districts. Seven of these districts serve only one county, while the rest serve two or more. Decisions from the Kansas District Courts can be appealed to the Kansas Court of Appeals.

Kansas Court of Appeals was originally created to help supplement the Kansas Supreme Court that was burdened with a heavier and heavier caseload. It expired in 1901 but was permanently resuscitated in 1977. It now stands at 14 appellate judges.

The Kansas Supreme Court's primary responsibilities are the hearing of appeals from the Kansas District Courts, for the most serious criminal cases. They will also hear an appeal for a case where the constitutionality of the law has been challenged, or where the law has already been found to be unconstitutional. They also reserve the authority to transfer a case to the US Supreme Court.

What are the federal district courts in Kansas?

Kansas composes a single federal court district, the United States District Court for the District of Kansas. All federal cases filed in the state are heard here. Appeals from this judicial district are heard by the U.S. Court of Appeals for the 10th Circuit.

How to find electronic court records in Kansas?

Court records in Kansas can be found at the district court level. There are dedicated court record sites maintained by the state of Kansas that have a public access portal. They also have methods for people to request records electronically that aren't otherwise available online or aren't searchable online. There is also a case database of appeals that are maintained in the Appellate Case Inquiry System for legal reference and precedent research.

Where to find additional information about Kansas courts?